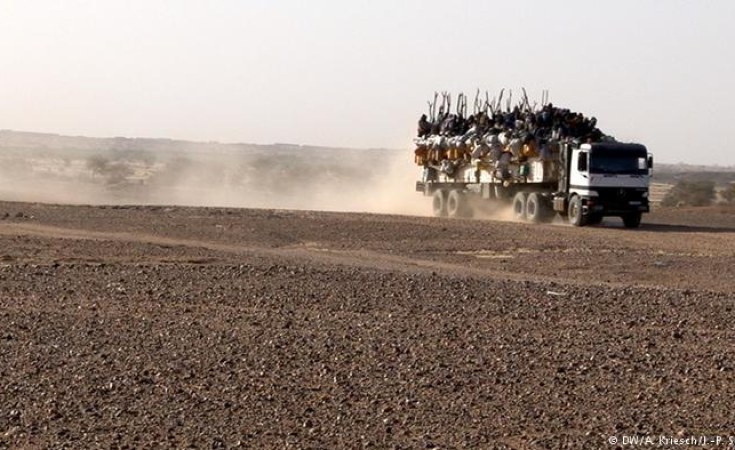 In 2017, 18-year-old Ebunoluwa E. from Lagos believed she was on her way to Russia to work as a model. It turned out the person who promised her a modelling career was, in fact, a human trafficker. Luckily, Ebunoluwa was intercepted at Mohammed Murtala International Airport by airline staff and state security services before she could depart Nigeria.

One might expect a happy ending from this, but after her rescue, Ebunoluwa was put in a shelter by the National Agency for the Prohibition of Trafficking in Persons (NAPTIP) and not allowed to leave. "I do not like this place; too many rules," she said after three weeks in detention. "We are forced to wake up with a bell to pray. I have not been told when I will go home... I have been crying since morning."

Last week, Nigeria joined other countries in marking the beginning of 16 Days of Activism Against Gender-Based Violence by launching a national registry of sex offenders. It should also prioritise ending widespread trafficking of women and girls. Large numbers of women and girls have been trafficked from Nigeria to Europe and Libya in recent years, and many have been exploited in Nigeria itself. Nigerian women and girls interviewed by Human Rights Watch for a new report said it was people they knew and trusted that linked them with traffickers. The traffickers deceived them with promises of well-paying jobs and education, then forced them into prostitution and domestic servitude. Survivors described suffering unspeakable abuses such as physical and sexual assault, forced abortions, forced marriage, debt bondage, and the denial of medical care and food.

As Ebunolwa's experience shows, however, survivors can also face trauma after being repatriated or identified within Nigeria as trafficking victims. Human Rights Watch found that authorities have been treating survivors like criminals by keeping them in shelters against their will. Many victims said they felt overwhelmed by stress and desperation. They described lacking adequate care and support as they struggled with long-term mental and physical health problems as well as poverty, social stigma and isolation.

Nigerian authorities have taken some important steps to address the country's trafficking problem and assist survivors. They have established ten shelters across the country to provide safe housing where they have assisted survivors with medical care, skills training, and help in setting up businesses. This assistance, however, lacks funding, coordination, accountability and oversight. It is sometimes poorly designed with the potential consequence of reinforcing gender inequality and failing to identify and serve victims. Another major problem is that most services are offered only within shelters as opposed to being community-based services. There is also little effort to involve survivors - who are struggling to regain control of their lives - in making decisions about what assistance they will receive and the goals of that assistance.

Several women and girls also told Human Rights Watch they did not want to remain in the NAPTIP shelters. They complained of poor conditions and services, and were distressed about not being in control of their lives. But since NAPTIP only provides services to trafficking survivors if they are in shelters, many feel resigned to give up their freedom. NAPTIP officials who were interviewed commonly sought to justify these detentions and denied keeping survivors in shelters against their will, arguing that it is a complex operating environment and that they must protect victims of trafficking.

While NAPTIP holds survivors in "closed" shelters, a parallel system of open shelters exists and appears to function reasonably well. Shelters managed by NGOs are open. In fact, NAPTIP itself refers survivors there after the six-week period of stay in their own shelters has expired. As the UN special rapporteur on trafficking has noted, this shows that operating open shelters is possible.

By detaining trafficking survivors in shelters, Nigerian authorities are inflicting harm on the very people they're supposed to assist. It undermines Nigeria's anti trafficking objectives and violates the country's obligations under national and international law. Nigerian authorities should ensure that shelter policies and practices respect survivors' human rights and develop and implement protocols for informed consent. They should also ensure that no one is detained in shelters, and assess the impact of its "closed" shelter approach. "Protection" cannot be an excuse to arbitrarily detain women and girls, and to cause additional trauma for those who have already suffered.

Lesotho Leader Thabane to be Charged with Murdering His Wife
Religion