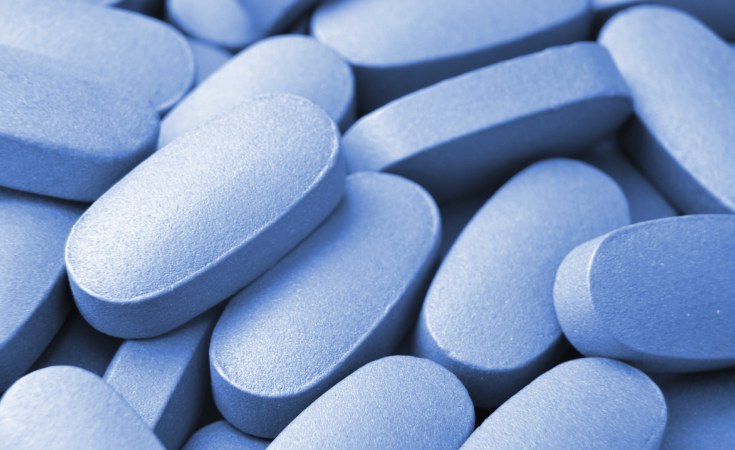 A mobile application 'PrEP Uganda' can now be downloaded from the Google play store for those who might need to get Pre-Exposure Prophylaxis (PrEP), a course of HIV drugs taken by HIV-negative people to prevent infection.

Studies have shown that PrEP reduces the risk of getting HIV through sex by about 99 per cent when taken consistently, thereby providing an effective biomedical prevention option for HIV-negative people at substantial risk of acquiring HIV infection.

The drug is recommended and popularized mainly among the most-at-risk population such as sex workers, discordant couples and men who have sex with men have until recently been only accessed at specific facilities across the country.

Although World Health Organisation guidelines recommend that PrEP should be made widely available, the drug which stops the virus from replicating in the body, is not available everywhere, even in countries where it has regulatory approval.

It's on the basis of this that Charles Brown, the Executive Director of Preventive Care International (PCI), a Civil Society Organisation that advocates for access to HIV prevention innovations developed the app to ensure that the public can get information about the wonder pill.

He says that he thought of the idea after realizing a gap in information where many end up getting infected because they don't know how to access the necessary drugs.

The mobile app can currently be assessed on Google play store for all Android users, while the IOS version is still being developed. It has a session that allows users to ask questions about Prep and HIV prevention and get answers from an expert online.

"All the PrEP centres and their contact details have been uploaded on the app such that even if one is a visitor in an area, they can easily locate the nearest facility."

Brown who actively participated in researches done in Uganda that confirmed the efficacy of PrEP says because of slow adoption of the HIV Prevention method and the issues that came with it such stigmatization, he says the approach can help a user go to a place where they are comfortable accessing a service since the app is downloadable without requiring any details about the individuals.

When asked about uptake so far, Brown said they initially tested it among key populations and self-reporting, some said they had information about the app and yet others were already using it.

However, while Uganda is still stuck with oral Truvada as the only PrEP option and only to be provided with prescription of a doctor, elsewhere countries are considering over the counter access of the drugs in addition to come up with other drug options for those that cannot tolerate Truvada.

By the end of October, an estimated 10,000 people were using PrEP and yet the target by PEPFAR that provides funds for the medicine is to have 16800 people enrolled by the end of this year. Also, in addition to oral drugs, studies are on-going at different sites in the country to establish the efficacy and thereafter introduce injectable PrEP.

Currently, while it's not available for all, Dr Joshua Musinguzi who heads the AIDS Control Programme at the Ministry of Health says recurrent users of Post Exposure Prophylaxis (PEP), those that abuse injectable drugs and alcohol and those that have had more than one episode of sexually transmitted diseases in one year can also order for PrEP.

Uganda, Tanzania Top In East Africa for Antiretroviral Use
Tagged:
Copyright © 2019 The Monitor. All rights reserved. Distributed by AllAfrica Global Media (allAfrica.com). To contact the copyright holder directly for corrections — or for permission to republish or make other authorized use of this material, click here.