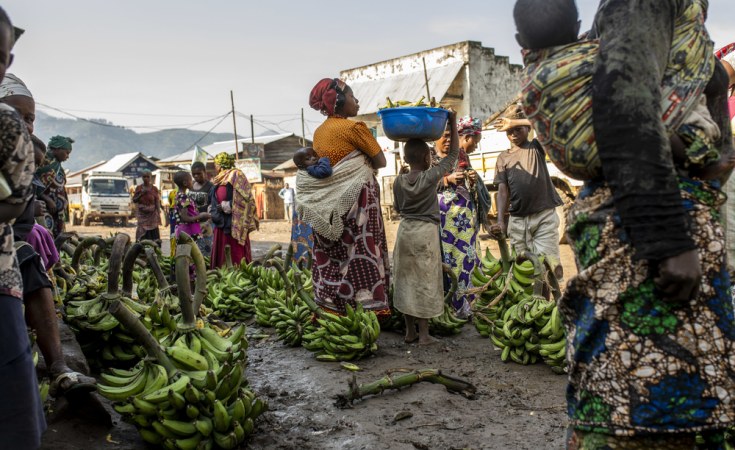 Kinshasa — 16 December 2019 – For years, the territories of Masisi, Walikale and Rutshuru, in the southern part of North Kivu, Democratic Republic of Congo, have been plagued with armed violence and banditry. In the past months, these armed clashes have intensified, further aggravating the dire humanitarian situation, leading to significant numbers of displaced people and worrying signs of malnutrition, sexual violence and gunshot wounds among them.

“Since the start of the year, the number of victims of sexual violence treated by MSF in Masisi has doubled compared to last year, and we have seen an increase in malnutrition cases”, says Ewald Stals, MSF field coordinator in Masisi health zone. “The escalation of armed clashes has also led to more people being treated for bullet wounds, and to a surge of displaced families arriving in already overcrowded camps where access to water and sanitation is scarce. Unsurprisingly, cholera cases have been reported and we’ve had to rapidly set up a cholera treatment centre.” 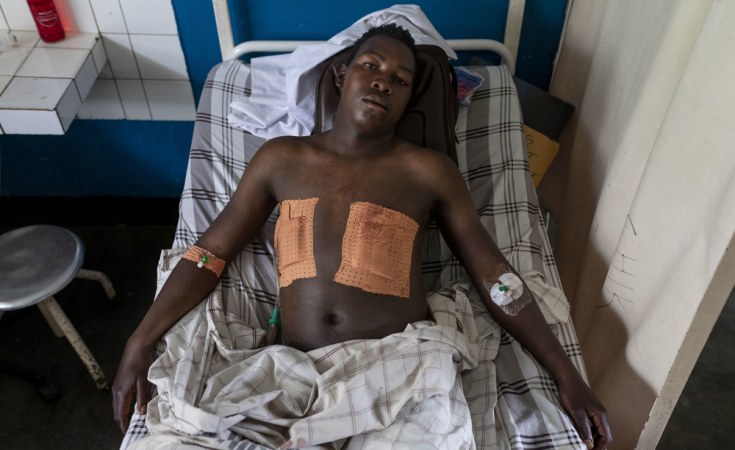 Pablo Garrigos/MSF
Munguiko, a mototaxi driver, arrived to Masisi General Hospital after being shot twice by armed men who wanted to rob him. After a complex intervention at the Masisi General Hospital, Munguiko starts recovering. Despite the danger on the road, he wants to get back to work once back on his feet.

“Where are the humanitarians?”

From January to September 2019, MSF teams working in the territories of Masisi, Rutshuru and Walikale treated more than 11,220 malnourished children, 2,310 victims of sexual violence and 1,980 people with weapons injuries. Despite this critical situation, these territories – often referred to as the ‘Little North’ of North Kivu in the aid sector – suffer from a glaring lack of assistance from humanitarian organisations.

“In recent years, several NGOs have left the ‘Little North’ because of insecurity, difficulties in movement around the region, and a lack of funding,” says Karel Janssens, MSF Head of Mission in DRC. “Given this reduction in the number of organisations, we have been responding to an increasing number of medical, but also non-medical, needs, especially in camps. Now we’re running at maximum capacity, and other emergency organisations must urgently come back and help respond to the massive humanitarian needs on the ground.” 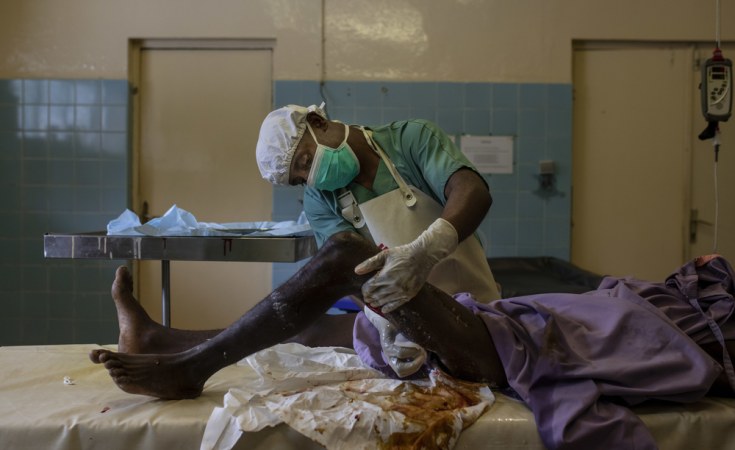 Pablo Garrigos/MSF
Doctors from the Masisi General Reference Hospital clean the wounds of a patient that was shot 5 times during an attack of an armed group.

According to recent estimates, more than 687,500 people are living in camps for internally-displaced people or are being hosted by local families in the territories of Masisi, Rutshuru and Walikale. For months, MSF has been advocating for the on-the-ground return of other humanitarian organisations. These efforts resulted in the arrival of a handful of organisations with temporary funding from the DRC Humanitarian Fund in mid-November.

“This support is temporary and far from enough to meet the needs,” says Janssens. “Given the scale of the crisis, a much larger humanitarian response is needed in southern North Kivu, with organisations being present on the ground and benefitting from longer-term funding. The Humanitarian Response Plan 2020 for DRC must clearly take this into account in its upcoming revision.”