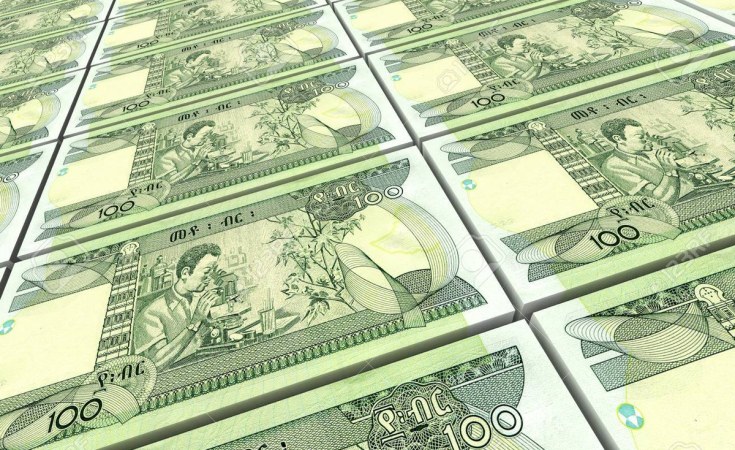 Though experts believe the ongoing devaluation of the Birr will increase export earnings, many businesses are wary of increased inflation, which they expect will arise from importers who will need to increase prices to deal with the falling local currency, and few if any see any short-term relief from the forex crunch, report DIBORA SAMSON AND YOSEPH MERGU, FORTUNE STAFF WRITERS.

At the edge of Addis Abeba Abattoir Enterprise, alongside the sheep sale yard, different car dealerships are lined up one after the other on Alexander Pushkin Street.

Elias Kedir, in his late 20s, is a salesperson at one of these car dealerships named Sina Car Sales.

The business made a good profit in the first few years after being established in 2012, according to Elias.

"There were days we sold 10 cars a day," Elias said. "But now, we are lucky if we sell two cars in a week, because there is a serious shortage of foreign currency that forces most car dealerships to close."

Hearing about the forex crunch for the past couple of years was common; lately, it is accompanied by news of an unofficial depreciation of Birr against a basket of major currencies.

Though the National Bank of Ethiopia did not officially announce it, the local currency has been devaluing more quickly since November 14, 2019.

Accepting the fact that encouraging exports is essential for the country's economy, Elias believes that the currency depreciation wouldn't help the government to solve the shortage of forex, since most exporters are also importers at the same time.

"As car importers, we can't compete with those who import cars using the foreign currency they gain from exporting goods," he complains. "It is easy for them to get the forex to import cars and sell them at a lower price."

Belay & Tesfalem Car Sales, which is located on the Cherkos to Gofa road, imports cars from Europe and the Middle East and also faces the same problem.

"We've almost stopped importing cars due to the foreign currency shortage," said Belay Debebe, manager of the car sales. "It takes us more than a year to get foreign currency from the National Bank of Ethiopia."

"If the shortage continues like this, our only option will be to close our office after selling all the cars we have in stock," Belay told Fortune.

There is no change in the demand of forex from importers, according to Wolde Bulto, vice president of Oromia International Bank, who also believes that importers' demand is price inelastic.

"When there is currency depreciation," Wolde said, "importers recoup their losses by raising domestic prices, which is what leads to inflation."

"The current currency depreciation leads to inflation, which will finally hit the consumer," said Desalegn.

The bankers also say that the depreciation could not bring a significant change in export performance.

"I don't believe that the depreciation of the currency has a positive impact on the trade balance," said Wolde. "It is futile to depreciate the currency, while the volume of exports has decreased and would take time to revive."

Last week the Public Expenditure Administration & Control Affairs Standing Committee has reported that the Ministry of Trade & Industry failed to have a comprehensive framework to assist the export sector by boosting the number of types, volume and quality of exported commodities.

The Committee also reported that due to these gaps with the Ministry, export trade performance is weak.

"Since the Ministry has no framework to regulate the export market," said Abere Ayenew, a member of the Standing Committee, "exporters are selling the commodities below the market price and then subsidising their loss by increasing their profit margin on the commodities they import."

This results in inflation in the local market, and the country loses potential forex earnings, according to Abere.

Recently, the Trade Ministry issued a warning to the exporters who were suspected of allegedly selling commodities with under-invoicing. It is also working on regulatory frameworks such as setting a minimum price to control under-invoicing.

"Despite the increasing number of exporters, the volume of the export commodities is not increasing," said Misganu Arega, state minister for Trade & Industry.

Exporters say that the current depreciation would have an even greater effect on export revenues. TNB Import & Export, which exports oilseed and pulses and is located on Sierra Leone Street, is one of them.

"Currently, the price of coffee is not in line with the New York market," said Genet Argaw, an export manager at the TNB, "while its market value is increasing there, the coffee reaches the ECX with inflated prices, making the value of the product uncompetitive."

Genet says that the government has to work on solving the problem in the value chain starting from the coffee plantations.

"Unless that is done," she said, "the price of coffee will keep rising every day, and that causes us to export coffee at a loss."

However, Getachew Woldie (PhD), an economist with 15 years experience, believes that Ethiopia's trade balance will improve following the depreciation.

"While export earnings will likely increase, at least for some products, it is important to recognise that import prices also increase because of the depreciation," said Getachew.

A sudden 15pc devaluation of the Birr was undertaken two years ago with the main aim of encouraging the export sector. However, Ethiopia's exports have been underperforming in recent days.

"The current depreciation doesn't bring any difference to our market," said a dealer in the parallel market on Yohannes Street near Ethiopia Hotel.

Getachew believes because of the government's low level of foreign exchange reserves and forex restrictions, it is unlikely that the official market will satisfy the demand and hence the reliance on the parallel market is imminent.

Five months ago, the Ministry of Finance announced that the foreign reserves of Ethiopia had reached 3.2 billion dollars. The total external and domestic debt of the country also stood at 52.6 billion dollars in the last fiscal year.

The wide gap between the parallel market rate and the official rate is a manifestation that the previous devaluations imposed by the government did not help to enhance exports, which were expected to ease the forex shortages, according to Getachew.

Currency depreciation will benefit countries that have surplus production, not countries like Ethiopia that do not have the supply even for its local consumption, according to Henok Semaw, dean of the School of Business & Economics at Harmaya University.

"First, the government should expand the capacity of production before depreciating the currency," he added.

Last week the International Monetary Fund announced it pledged a three-billion-dollar financial package to Ethiopia. One of the targets the IMF mentioned for the financing is to address the foreign exchange shortage and assist a transition to a more flexible exchange rate regime.

In the short run, the government could probably review the way it allocates foreign currency to importers by giving more weight to high priority areas and cutting back on unnecessary ones, according to Getachew.