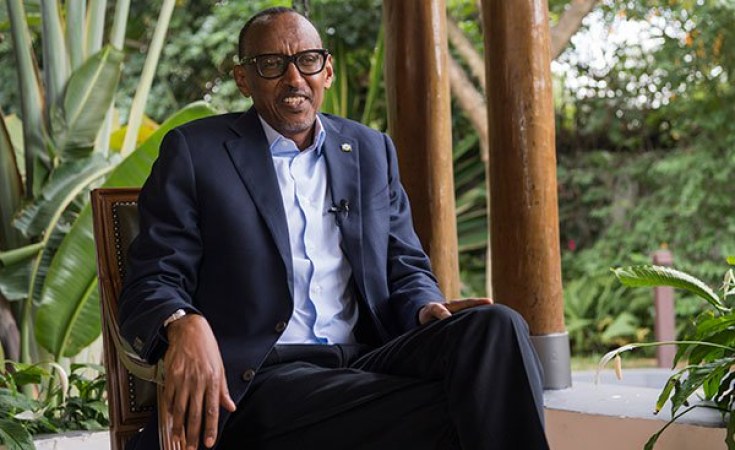 The East African
Rwandan President Paul Kagame speaks during an interview with Pamella Sittoni on his tenure as chair of the AU, his plans for the EAC, and his leadership of Rwanda in Kigali
This is Africa (Hilversum)
By Socrates Mbamalu

Rwanda's President Paul Kagame was at the Doha Forum 2019 in Qatar, a "platform for global dialogue on critical challenges facing our world." Interviewed by Dareen Abughaida, one of the principal anchors at Al Jazeera, President Kagame was asked among other issues how he felt after 19 years in power and if he would leave office.

Dareen asked the Rwandan leader if he would be seeking a fourth term in office. President Kagame said, "I don't know yet, but most likely no. I think given the way things are or have been in the past, I think I have made my mind where I am concerned personally that it's not going to happen the next time."

One of the major issues that has plagued President Kagame's leadership in Rwanda, apart from suppression of political voices is also the length of his stay in power. An understandable concern because many African leaders who have come into power with a saviour complex have very much derailed to be full blown underachievers and dictators whose only achievement remains the length of their stay in power.

In December 2015, a referendum was held allowing President Kagame to run for a third term in 2017. While Kagame has argued against the imposition of western values and expectations being held against African leaders and the African society, he has also been quick to criticise his fellow African leaders who have fallen below par.

End of an era?

President Kagame's response that he might not extend his stay in power signifies what might be an end to an era. His achievement with putting Rwanda on the global map and changing Rwanda's narrative from a war ridden nation to a nation advancing both technologically and economically is one that will forever be remembered.

President Kagame has been encouraged by critics to play a more elderly statesman role and create more leaders in his country who would replicate the ideas and vision he has for Rwanda.

The possibility that President Kagame might not compete in the next elections could embolden and galvanise the opposition, which has greatly suffered under his rule. The ruling Rwandan Patriotic Front (RPF) and President Kagame have continued to exert what critics have called undue control over the political landscape in the country. A number of political opposition leaders have been intimidated and silenced, arrested, or forced into exile, a concern for human rights groups.

It's unclear if Kagame will take a step back from politics in the event that he decides not to contest the elections, and the impact of that possibility is a matter of public debate and speculation. The RPF has dominated previous election winning an overwhelming victory in legislative elections in September. The victory followed President Kagame's re-election winning 98 percent of the vote in the 2017 presidential election.