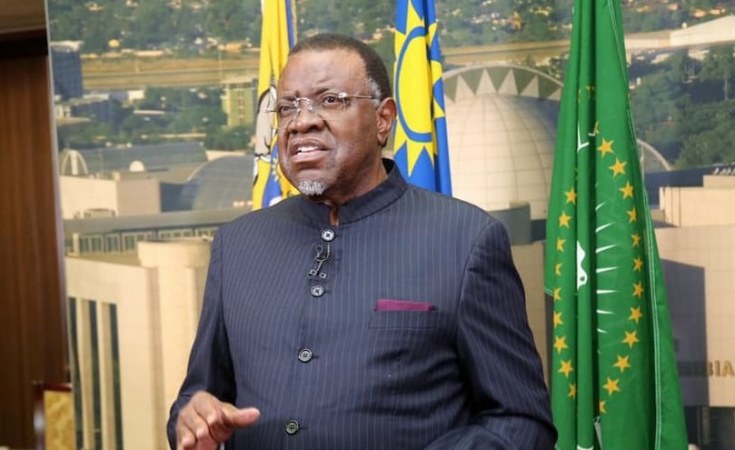 SWAPO has started the process to expel Panduleni Itula from the ruling party after he challenged for the country's Presidency last month.

The Namibian understands that the party has also decided to suspend former fisheries minister Bernhard Esau and ex-justice minister Sacky Shanghala from party and leadership activities until their corruption and money-laundering case is concluded.

Swapo spokesperson Hilma Nicanor was vague yesterday when asked about the central committee's decision on Itula.

"We will share the outcome with you when it is done," Nicanor added.

She also confirmed that the party had decided to remove Esau and Shanghala from its parliamentary list for next year.

"We all know that they have been recalled from the current parliament. They have now been removed from the upcoming parliament party list," she said.

Itula challenged party president Hage Geingob in the 27 November presidential election, and got 30% of the vote.

The election results left Geingob and Swapo bruised. Geingob's 56% vote was the lowest performance results by a Namibian president.

Itula has always insisted that he is exercising his constitutional right by competing for the highest position in the land. Before the elections, Itula said Swapo must protect and obey individual rights, according to the Constitution of Namibia.

"All persons are equal before the law; no law or political party can take away my rights enshrined in the Namibian Constitution. No one can repeal or amend the Constitution, not even Swapo. Lawmakers cannot be lawbreakers, and no one is going to tell me otherwise," reiterated Itula.

Itula's sudden rise to popularity has given Swapo a headache on how to keep its youth and urban support.

Sources who attended Monday's central committee meeting said Swapo secretary general Sophia Shaningwa presented a report on the Fishrot scandal to the gathering, which insisted that the party did not directly get money from the proceeds of the scam.

A party leader said they suspect that dirty money might have been channelled into Swapo through individual contributions.

According to sources, the party was briefed that some Fishrot suspects bought T-shirts and other material for the party.

The government introduced the fishing rights and quota system to empower Namibians by giving them licences to harvest fish from the Atlantic Ocean for close to nothing every year, but the scheme continues to be abused by some people, particularly those with political connections.

Prime minister Saara Kuugongelwa-Amadhila suggested during an interview with Nampa last year that the government was looking at the possibility of granting some fishing rights to regions, instead of private companies.

She said the government was looking at "the best way that we can make these allocations so that they can support development in the regions, while on the other hand also ensuring that we promote the sustainability of corporate entities which are currently operating in these sectors, and are employing large numbers of people".

Esau had, however, reportedly been strongly against this notion.

Is Space for Media Freedom Shrinking in Namibia?
Tagged:
Copyright © 2019 The Namibian. All rights reserved. Distributed by AllAfrica Global Media (allAfrica.com). To contact the copyright holder directly for corrections — or for permission to republish or make other authorized use of this material, click here.