Liberia: Civil Servants Salary to Be to Prompt in 2020 Amid Improved Cash Flow Afer IMF Approval of Extended Credit Facility for Liberia 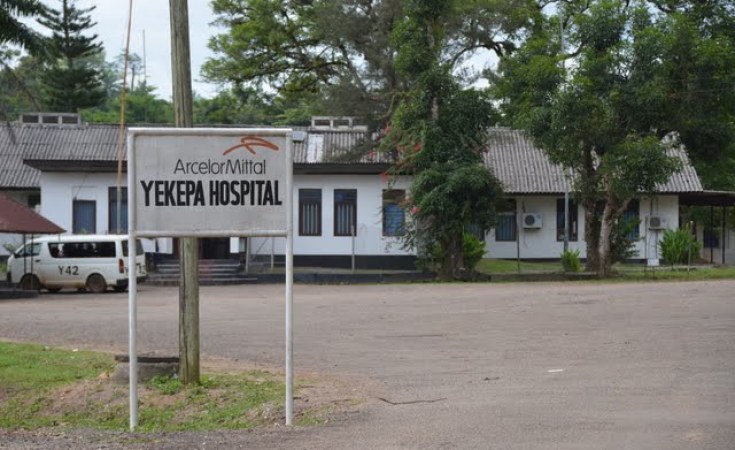 Photo: Tami Hultman/allAfrica.com
Along with mining infrastructure, ArecelorMittal has invested in housing and food facilities for employees, as well as a school and a hospital.
FrontPageAfrica (Monrovia)

Monrovia — Finance and Economic Planning Minister Samuel Tweah says the George Manneh Weah-led government is doing everything to ensure salaries are stable for civil servants in the new year.

"The government is working to deliver and the Word Bank's US$40 million budget support in February will mark the beginning of that stability," Minister Tweah said Thursday. "The government is on course with most of the triggers. The Legislature is expected to pass the revised Custom Code, which is a precondition."

The minister said the government is positive that cash flow since the approval of the Extended Credit Facility from the International Monetary Fund(IMF).

Last week, the Executive Board of the IMF approved a four-year arrangement under the Extended Credit Facility (ECF) for Liberia in an amount equivalent to SDR 155 million (60 percent of quota or about US$ 213.6 million) to help the country restore macroeconomic stability, provide a foundation for sustainable growth, and addressing weaknesses in governance.

The IMF's approval comes after months of negotiations and discussions between the Liberian government and IMF officials.

The program will focus on restoring macroeconomic stability, which is a key precondition for a sustainable transition out of fragility while protecting the poorest segment of the population from the burden of adjustment; Putting Liberia on a fiscally sustainable growth path, which is the main objective of the PAPD; and addressing weaknesses in governance and institutions of the public sector, which will help safeguard scarce resources and facilitate achievement of the first two objectives.

This week, the European Union approved a US$6 million budget support which the government says will be disbursed today.

FPA has learned that the government of France is currently preparing to send budget support after IMF signing which will likely double the budget support with IMF program.

The assurances from the government are likely to bring some relief to civil servants who have been jittery about the festive holiday season. Businesses have been slow this holiday season with many store owners and marketers complaining about hardships and purchasing goods.

Last month, a group under the banner of the Consortium of Civil Servants Union of Liberia (CSUL) threatened to stage a nationwide strike action if the Government fails to pay salary arrears owed them by December 15. The leadership of CSUL, in a release signed by its President Moibah K. Johnson, called on the Government to fully respect the "spirit and intent" of the memorandum of understanding entered with the CSUL on October 19, this year.

The MOU, among other things, called on the government to regularize the payment of civil servants' salaries.

The group threatened a nation-wide stay-home action across the 15 counties beginning Monday, December 16.

The leadership of the Consortium on Thursday, December 12, after a meeting, which was attended by the Minister of Education along with some of his senior officials and representations from other ministries, including Finance and Development Planning, Justice and Information, announced that they were not going to reverse on their decision of calling off their stay-home action. Before they had read their statement to the waiting press, the Education Minister, Prof. Dr. Ansu Sonii, had literally pleaded with them to not go ahead with their decision and to forget about reading their statement.

On Thursday, the ministry offered some relief, stating that everything is being done to address the civil servants' concerns.

IMF Approves Extended Credit Facility for Liberia
Tagged:
Copyright © 2019 FrontPageAfrica. All rights reserved. Distributed by AllAfrica Global Media (allAfrica.com). To contact the copyright holder directly for corrections — or for permission to republish or make other authorized use of this material, click here.