A new law being considered in Ethiopia is being called a threat to free speech and online expression.

Ethiopia’s “Hate Speech and Disinformation Prevention and Suppression Proclamation” is in a draft stage, but if approved, it would criminalize online, broadcast or print speech that promotes hatred, said the London-based rights group Human Rights Watch in a press statement Friday. It defines this as anything inciting “hatred, discrimination or attack against a person or an identifiable group, based on ethnicity, religion, race, gender or disability.” It also outlaws “dissemination of disinformation” or falsehoods, the statement added.

The law has been approved by the prime minister’s Cabinet but must still be approved by parliament.

But critics believe this law could be used to silence critical voices or political opponents. This, they say, was the case with an anti-terrorism law passed in 2009 which was used to imprison protestors and journalists.

“These kinds of laws including, in the past, the anti-terrorism law, has been used to illegally stifle opposition,” said Befeqadu Hailu, the executive director of the Center for Advancement of Rights and Democracy (CARD), speaking to VOA Amharic. “So there is a concern that there hasn’t been enough discussion over these laws.”

Supporters of the law believe it is necessary, particularly to stop people from inflaming ethnic hatred.

Ethiopia has endured a tumultuous year of ethnic tension. In June, an Army general from the Amhara ethnic group led a coup attempt. In October, 86 people were killed in the Oromia region, Harari region and the city of Dire Dawa in clashes with security forces. The violence began when Oromo activist Jawar Mohammed announced that security forces were plotting to assassinate him.

In announcing the law, Ethiopia’s council of ministers said it was needed to prevent further violence. “It is deemed necessary to enact the law because the nation cannot address problems arising from hate speeches and fake news with existing laws,” the council said.

Human Rights Watch agrees that the threat of ethnic violence is real, but says a law like this is not the answer.

“The Ethiopian government is under increasing pressure to respond to rising communal violence that has at times been exacerbated by speeches and statements shared online,” said Laetitia Bader, senior Africa researcher at Human Rights Watch. “But an ill-construed law that opens the door for law enforcement officials to violate rights to free expression is no solution.”

The use of hate speech laws around the world shows that authorities have often abused them for political purposes, Human Rights Watch said. 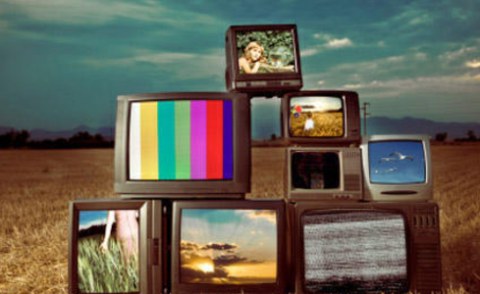 Ethiopia Warns Media on Coverage of Tigray Conflict
Tagged:
Copyright © 2019 Voice of America. All rights reserved. Distributed by AllAfrica Global Media (allAfrica.com). To contact the copyright holder directly for corrections — or for permission to republish or make other authorized use of this material, click here.