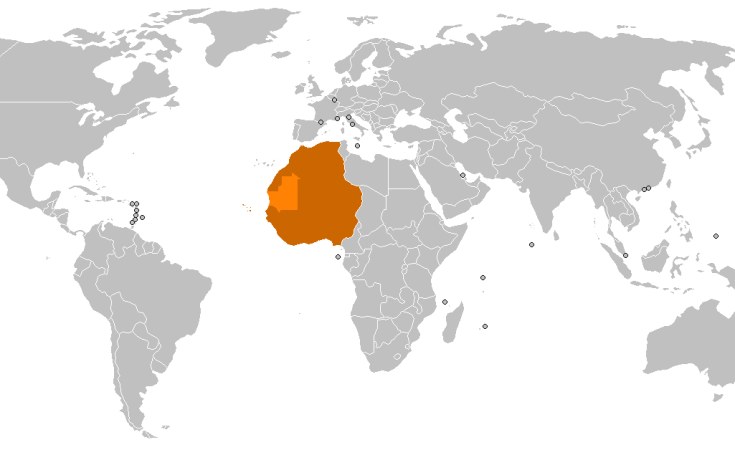 Eight member nations of the Economic Community of West African States (ECOWAS) on Saturday announced their decision to cut their colonial links with France's CFA franc and resolved to adopt ECO as their common currency.

All the countries, except Guinea-Bissau, are former French colonies, and had French CFA franc as their official currencies, which have been linked to the Euro for over two decades.

But, on Saturday the Ivorien President, Alassane Ouattara, announced the decision of the eight countries to jettison the CFA franc as their currency and team up with the ECOWAS to adopt the ECO as their common currency.

The Ivorian President who spoke at a bilateral meeting on the margins of the 56th Ordinary session of the ECOWAS in Abuja said the French government had consented to the West African States' decision to join the "ECO".

He said Mr Macron affirmed his total support to an agenda to see the ECO come on stream next year.

The decision to join the ECO is part of the commitment by the ECOWAS members to push forward their agenda for regional integration and a common market in the ECOWAS.

The announcement was among "three major changes" agreed by the eight countries, including "a change of name" of their currency, "stopping of holding 50 percent of the reserves in the French Treasury" and the "withdrawal of French governance" in any aspect related to the currency.

The Nigerian President, Muhammadu Buhari, who also spoke at the event expressed delight that France did not stand in the way of the "ECO".

The ECO is the name adopted for the common currency the West African Monetary Zone plans to introduce in the framework of the ECOWAS come 2020.

Last July when the name was formally adopted, ECOWAS said its introduction would see it merge with the West African CFA franc as part of the resolve by the 15 member ECOWAS to adopt a single currency and ensure regional integration.

Negotiations for the emergence of the common currency have gone on for over three decades.

Proponents of the ECO say a single currency region in the region will facilitate regional integration through trade, lower transaction costs and facilitate payments among its people.

Agency reports say the agreement to have a common current guarantees unlimited convertibility of CFA francs into euros and facilitates inter-zone transfers.

The CFA franc, created in 1945, is seen by many as a sign of French interference in its former African colonies even after their political independence.

Nigeria's Finance Minister, Zainab Ahmed, is quoted by the AFP to have said "there's still more work that we (ECOWAS) need to do individually to meet the convergence criteria."

Will Nigeria Dump the Naira for the New West African Currency?
Tagged:
Copyright © 2019 Premium Times. All rights reserved. Distributed by AllAfrica Global Media (allAfrica.com). To contact the copyright holder directly for corrections — or for permission to republish or make other authorized use of this material, click here.