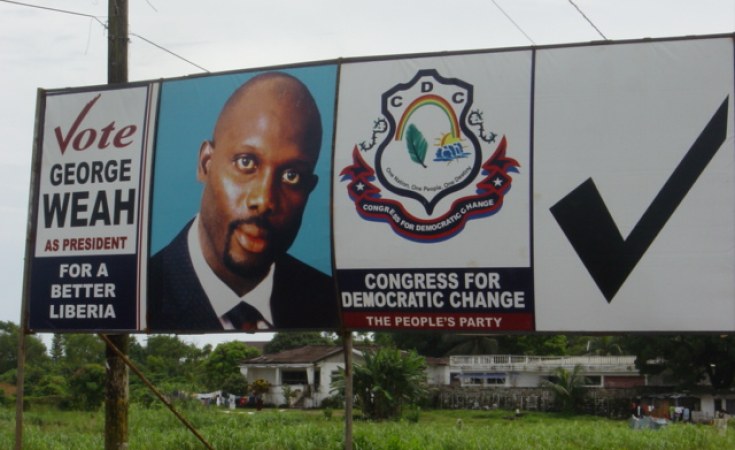 Monrovia — Mr. Mulbah Morlu, Chair of the ruling Coalition for Democratic Change, says detractors and organizers of the December 30 protest, shocked at the speed at which he and Rep. Acarous Moses Gray have reconciled with President George Manneh Weah, have resorted to extreme measures, including trumpeting a leaked audio recording in a bid to boost the protest.

Speaking to FrontPageAfrica Sunday, Mr. Morlu said the disagreement with President Weah has been resolved and the two have reconciled.

At a news conference last week, Mr. Morlu threw pointed jabs at the President, declaring that it was embarrassing and shameful for the socio-economic disparity to continue to widen between the haves and have-nots, while we are expected to remain silent.

Said Mr. Morlu: "The CDC cannot and will not remain silent if the problems it stood against yesterday begin to resurface in the governance corridors of today. We cannot forget so soon that the existence of this government is a product of the many years of sacrifice, commitment and selfless resilience of millions of ordinary Liberians who simply desire good governance and a departure from the political excesses of the past. Amidst the plethora of challenges across the country, our people still remain hopeful that we will rise to seize the moment and make the difference for our people and country; let us not let the people down."

Mr. Morlu's comments reportedly drew ire from President Weah and an effort by some party stalwarts, led by Professor Wilson Tarpeh, Minister of Commerce and Industry, and presidential aides to bring the parties on a negotiation table failed after both Mr. Morlu and Rep. Acarous Moses Gray were told to leave after the intervention broke down.

No Plan to Replace Jewel

Over the last 72 hours, speculations have been rife of a purported recording on which Mr. Morlu is said to have suggested that plans are afoot to replace Vice President Jewel Howard Taylor with Mr. Bill Twehway Managing Director of the National Port Authority(NPA), on the party's ticket for the 2023 presidential elections.

Late last week, President Weah reportedly placed a call to the ruling party chair and summoned him and Rep. Gray to a meeting after which peace between the feuding pair was reportedly brokered.

Speaking Sunday, Mr. Morlu acknowledged the disagreement with the President is now water under the bridge as he weighed in on new wrangle involving the purported recording on which he suggests an affair between the President and a Deputy Minister at the NPA.

Said Mr. Morlu: "If I ever did say that the president is sleeping with Ms. Diana Nebo, Deputy Managing Director for Administration at the NPA, obviously it has to be a statement made out of frustration and anger, especially during the period of internal crisis; or that Bill Twehway wants to be VP? Firstly, there are no intentions to replace the current Vice President, as she remains the permanent No. 2 on the ticket going forward into 2023."

Mr. Morlu said the gossips being pushed by detractors are obviously driven by haters who couldn't believe that the CDC would unite in so short a period after a short period of misunderstanding. "They're desperately looking for momentum for their illegal protest after their protest balloon was punctured by the recent CDC statement."

Mr. Morlu said the purported recording being leaked is aimed at escalating friction between him and President Weah. "These are things anyone would say when angry, but it does not necessarily mean it is the truth. Whatever I have ever had to say to the President was said directly; anything else is mere liquor talk."

Throwing pointed jabs at whoever may have recorded him, Mr. Morlu concluded: "If I was ever recorded, then it has to be by an inside job, carried out by someone right inside my living room. I do not go to entertainment areas; neither do I talk recklessly. The crisis has its impact on me, especially to hear that the Minister of State was supporting her to undermine the party structure. Such an anger led to many angry comments that are necessarily not the truth. The president is a decently married man who remains faithful to his wife, and any such politics pushed by the dwindling opposition is nonsense and should be treated with mockery and disdain."

Mr. Morlu said he was due to have a press conference on Monday to detail the steps taken over the past few days to reconcile with President Weah and accused talk show host Henry Costa and others of trying to use the feud to their advantage. "They would have wanted us to keep attacking the president so it would give their cause a boost; but they're shocked at the speed of our reconciliation with the president."

In the statement, which has been viewed by FrontPageAfrica, the National Executive Committee of the CDC praised what it described as the impressive performance of President Weah for his great deliberation on ELBC recently. "Said deliberation had great resonance with millions of ordinary people, reassured the business community, and has come to be a rallied cry to national unity."

The statement said the President inspired hope during the interaction, and spoke frankly about the challenges while touching on the pressing issues our detractors on the other side of the divide have been exploiting to stoke violence and foment chaos in the country. "The CDC appreciates said captivating and reassuring balm in the President's message, which was interlaced with his usual characteristic frankness and warm touch. In his great address to the nation, we were awakened to the fact that over the (nearly) two years of his presidency, our President's commitment levels has only increased, remains relentless in his drive to make the difference, and is dedicated to the task for which he was elected."

The statement said the President's speech was a rallying cry for the party.

"The President's speech has inspired us into collective action for peace and unity as a mass-based political institution committed to supporting H.E. George Manneh Weah's Pro Poor Development agenda for our country."

The statement said the President's statement outlined a few issues Chairman Morlu and others had been calling on the president to address.

As a Father to us all, and a listening leader, he has promised to look into some of the issues raised, while clarifying others. We are grateful to the President for this distinctive mark of excellent leadership, which has galvanized the National Executive Committee to continue to commit its unflinching support and solid defense of his people-centred policies and programs."

Contrary to the deliberate misinterpretation of some detractors in the opposition, the statement said, the CDC's recently released statement was never meant to demean, but is a reminder to policymakers, mainly the Cabinet that the CDC's governing manifesto must remain a central-focus within the leadership dispensation of the CDC-led government. "Needless to say, the Mighty Coalition for Democratic Change is a united political entity, led by one standard-bearer, His Excellency George M. Weah, and his great leadership and touch continues to be felt by all, irrespective of party identity within the Coalition."

Mr. Morlu said the only person who may have carried out the inside job and recorded him is a man he identified as Malike Dukuky, he says came to him once at the height of the tension, pretending to want to intervene in the Jemima Wolokollie saga. "Unbeknownst to me that he was on a mission to record. This is a really sad that someone would go to such a length to try and betray me," Mr. Morlu said.

Previous Story
U.S. Lawmaker Red Flags 'Deterioration of Political Conditions' in Liberia
Next Story
I Will Not Negotiate - Weah

I Will Not Negotiate - Weah

Peaceful Protest in Liberia Ends in Chaos
Tagged:
Copyright © 2019 FrontPageAfrica. All rights reserved. Distributed by AllAfrica Global Media (allAfrica.com). To contact the copyright holder directly for corrections — or for permission to republish or make other authorized use of this material, click here.