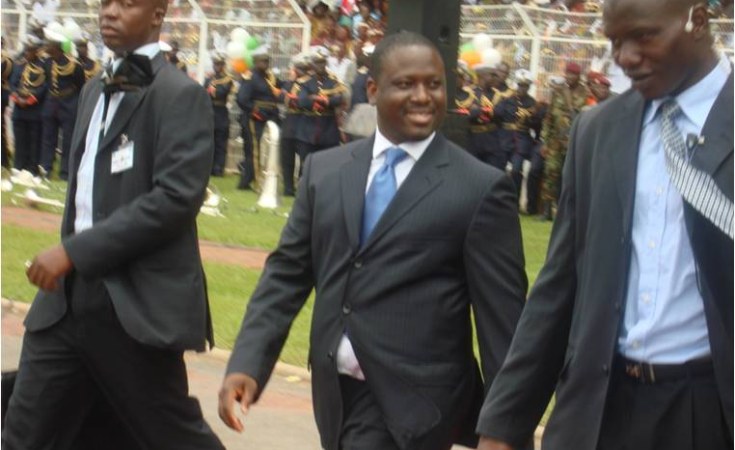 The arrest warrant against Guillaume Soro threatens to plunge the West African country into uncertainty and violence. The former rebel leader is contesting next year's presidential election against an ally-turned-rival.

The arrest warrant against Soro, who retains the loyalty of several former rebel commanders who are now in senior military roles, could significantly raise tensions ahead of an October 2020 election that is seen as a test of Ivory Coast's stability, particularly after deadly unrest that followed the 2010 election.

Public prosecutor Richard Adou said that the arrest warrant had been issued for an "attempt against the state authority," benefiting from stolen public resources and money laundering.

He said intelligence services had evidence that "the project was to be implemented shortly," without elaborating.

Soro had been scheduled to return to his homeland from Paris for the first time since May, but aborted that plan and headed for nearby Ghana "for security reasons," according to Alain Lobognon, a spokesman and senior adviser for Soro's Generations and People in Solidarity (GPS) party.

Lobognon was later arrested along with 15 other Soro supporters.

Soro used to be an ally of President Alassane Ouattara, but relations have recently soured between the two, reportedly because of Soro's own presidential ambitions.

Political analysts say the 47-year-old political figure is held in high esteem among young Ivorians, but his nationwide popularity is less well documented.

A Christian from the north of the country, Soro lead rebels who failed to topple former President Laurent Gbabdo in the country's 2002 civil war. Gbabdo was ousted following a second civil war in 2010-11 triggered by the president's refusal to concede to Ouattara following elections. Nearly 3,000 people were killed in the conflict.

Soro, who backed Ouattara, then served as prime minister and later speaker of the National Assembly until he stepped down in February this year.

Previous Story
Tagged:
Copyright © 2019 Deutsche Welle. All rights reserved. Distributed by AllAfrica Global Media (allAfrica.com). To contact the copyright holder directly for corrections — or for permission to republish or make other authorized use of this material, click here.