Algeria: Death of Gaïd Salah - Algeria Mourns One of Its Defenders, Great Men 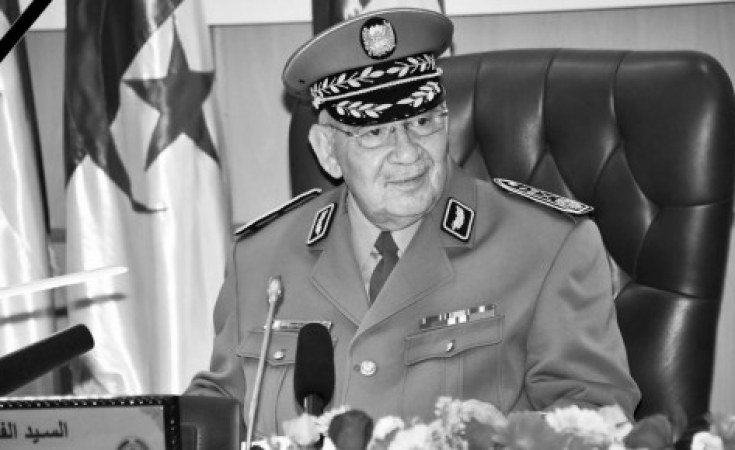 Algiers — President of the Republic Abdelmadjid Tebboune said Monday in a message of condolences following the death of Army Lieutenant General Ahmed Gaïd Salah, Deputy Minister of National Defence, Chief of Staff of the People's National Army (ANP), that Algeria mourns one of its defenders and great men."

"There are, among the believers, men who have been sincere in their commitment to Allah. Some of them have reached their end, and others are still waiting, and they have not changed in any way," wrote the President of the Republic at the beginning of his message of condolence.

"It is with deep sadness and sorrow that I learned of the death of the valiant Mujahid and leader Ahmed Gaïd Salah, he said.Algeria mourns one of its great men and devoted sons," said Tebboune, adding that the deceased, "one of the State's pillars," served Algeria with a high sense of sacrifice and dedication by being a model for his generation, among military and civilians, and an example for future generations."

"He was, peace be upon him, a courageous military leader, a man with a pure and generous heart, a patriot dedicated to the service of his party, clear-sighted in his management and of unequalled availability in his defence, in all circumstances," the head of the state stressed.

A man of honour who keeps his word, late Ahmed Gaïd Salah was imbued with nationalist convictions and immutable republican positions, said the President of the Republic.

He was a religious and pious man, who never varied (neither in his faith nor in his commitment)," he added.

"In the face of this tragedy, words cannot express our feelings and we can only surrender to God's will. Farewell dear brother and great leader. Farewell Lion. You have been for Algeria a faithful protector and for the state a sincere adviser for years. Your long journey and your proven perspicacity will remain a reference for us and our successors. Congratulations for your place in Paradise among the martyrs and those whom Allah has graced with His blessings and surrounded by His eternal grace," the Head of the State wrote in his message of condolence.

In this painful circumstance, I can only resign myself to the will of Allah," he added to the family of the deceased.

"To all members of the family of the deceased, to his companions in the People's National Army (ANP), worthy heir of the National Liberation Army and to the entire Algerian people, I address my sincere condolences, Praying to the Almighty to fill us with the courage and patience and to reward the deceased for his actions in the service of his country," concluded President of the Republic Abdelmadjid Tebboune.

"To God we belong and to Him we shall return"

Tagged:
Copyright © 2019 Algerie Presse Service. All rights reserved. Distributed by AllAfrica Global Media (allAfrica.com). To contact the copyright holder directly for corrections — or for permission to republish or make other authorized use of this material, click here.