Ethiopia Signs Up for IMF Deal - What's in Store? 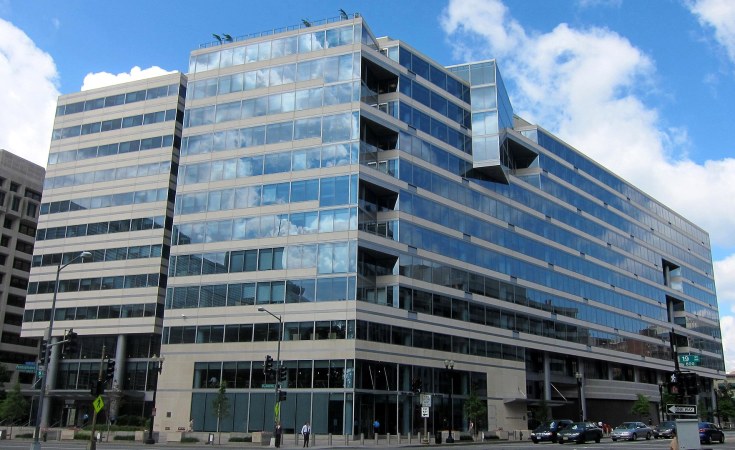 It is not unprecedented for the International Monetary Fund (IMF) to lend an amount much more substantial than what is prescribed in its members' quota. But it is rare for it to extend a generous loan 700pc larger than Ethiopia's quota under its Special Drawing Right (SDR). At 1,000pc more than its quota, it was Argentina that had received a larger loan than Ethiopia.

The IMF and other multilateral creditors are indeed showing their vote of confidence in Prime Minister Abiy Ahmed's (PhD) administration for its political opening up and economic policy liberalisation. The flow of cash in foreign exchange is a tap at the back for pursuing the economic reform agenda, designed to correct internal and external imbalances. Abiy's international supporters seem to realise that the stakes in Ethiopia have never been higher.

There is hardly any debate on the poor state of Ethiopia's economy. It has been in a coma, in desperate need of life-saving IV Fluid. The economy suffers from limits in productivity and lack of competitiveness both in the domestic and global markets. These are structural constraints requiring long term fixes.

Inflation and growing unemployment are the ills of the economy on the domestic front with pressure on policymakers for a quick fix. The external imbalances do mainly come from the poor performance of the export sector, causing low foreign currency reserves, a wide gap in the official exchange rate with the parallel market, and thus the highly overvalued Birr against a basket of major currencies.

These are outcomes of policies pursued by what was an activist state under the EPRDF regime. Despite remarkable gains over a decade, the growth resulted due to public financed investments, which have not only been inflationary. They put the country in paralysis.

The deal made with the IMF is thus not a structural response that is attempting to solve the underlying chronic problems of Ethiopia's economy. It may provide policymakers with some respite, while they plot for the long-term recovery.

The IMF will provide a billion dollars a year for three years to the central bank's coffers, in six tranches of about half a billion dollars each. With an almost zero interest rate, a five-and-a half-year grace period, and a 10-year payback time, it is a package the Prime Minister characterised as borrowing from a mother.

It is not without some concessions by Abiy's administration on the monetary and fiscal policy fronts though.

The IMF targets a series of cuts on the central bank's broad money supply from over 20pc down to perhaps 17pc of GDP. There will be a limit to what the public sector will borrow from the banks, while the administration will find itself under pressure to reduce its domestic and external debts. Ensuring a threshold of forex - perhaps a minimum of five billion dollars - could as well come as a requirement.

One of the major bones of contention between the multilateral creditors and Ethiopia's government was the substantial public debt incurred in the massive public investments in infrastructure projects. Though desirable, it was deemed to be unsustainable at the scale it was undertaken. Making the public sector the central player, it had the effect of crowding out the private sector. The latter had received credit amounting to 11pc of GDP, half the African average.

By restructuring the management of and reigning in the insatiable borrowing habits of state-owned enterprises, the twin aims of decreasing public debt and making room for the private sector can be achieved. That the economy will be more private sector friendly than it has ever been can be a safe bet. Little surprising then that the macroeconomic goals are to keep the economy on the growth trajectory, reduce the debt-ratio, abate inflation and raise the forex reserve.

The question remains what impact will these have and what are the safeguards in place to protect the most vulnerable in the course of implementing these reform measures?

The days of businesspeople sniffing for giant government bids in the closing days of the fiscal year may have gone. Not to say that there will be none, but it will not be anywhere near the scale many in the private sector are accustomed to. The state's reduced role in its activism in the economy may have a cooling effect in the short-term while making more room for the private sector at the same time. Businesspeople who have made their money with the relatively predictable pattern of past government patronage will undoubtedly be going through severe withdrawal pains.

As the central bank tries to bring inflation down to a single-digit, it will not be surprising to see its officials compelled to raise interest rates on deposits.

Even though they have recently lifted the 27pc mandatory government bond purchase requirement on private banks, they will not want to see all of that cash flood the market and push inflation up further. They will have to keep the cost of borrowing relatively high and encourage domestic savings. The impact of the central bank cutting down on the growth of broad money will no doubt stop the spending spree seen over the past years.

With the central bank having a robust reserve in foreign exchange, and the most likely move being to let the values of the Birr determined in a competitive market, businesses will likely find it easy to access foreign currency. It will lead to the depreciation of the value of the Birr against other currencies, making the cost of imports more expensive.

The days ahead will be times of increases in the cost of borrowing and foreign currency, without a corresponding rise in the purchasing power of consumers. Businesses may find it challenging to sell imported merchandise as much as they used to. If done well, this may mean good news for local manufacturers, which may at long last have their day in the sun.

But all of these forecasts will go out the window without law and order, while the country is going through the highly-anticipated national elections. Ironically, the most crucial economic fundamental remains political stability. If that can be ensured, the potential for economic recovery is in a much better place than it has been for awhile.