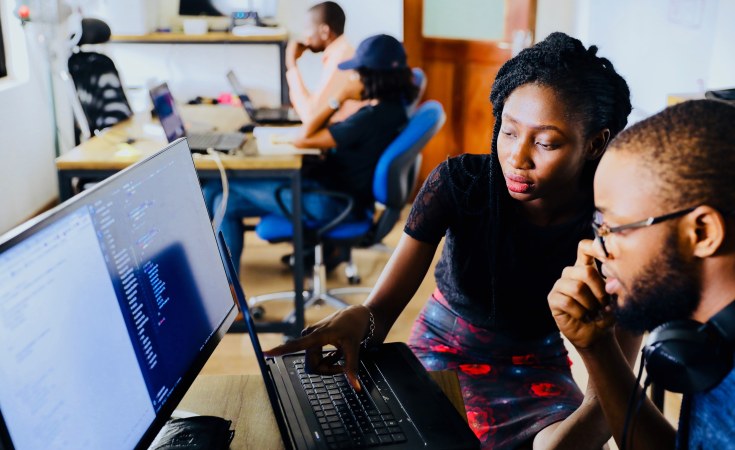 Photo: NESA by Makers/Unsplash
As Africa tunes into the burgeoning movement of business for good, young people across the continent are finding innovative solutions to problems from illiteracy to pollution.
Thomson Reuters Foundation (London)
By Nellie Peyton

Dakar — As Africa tunes into business for good, young people are finding innovative solutions to problems from illiteracy to pollution

As Africa tunes into the burgeoning movement of business for good, young people across the continent are finding innovative solutions to problems from illiteracy to pollution.

There are no figures for how many social enterprises have been started across the continent, but the sector is growing with the emergence of tech hubs and accelerators even in the world's least-developed countries, such as Chad.

Here are six African social enterprises that had people talking in 2019:

Ghana-based social enterprise mPharma manages prescription inventory for pharmacies to make medicines more affordable for Africans. Started five years ago, the business expanded in 2019 with the purchase of Kenya's second-biggest pharmacy chain and the launch of new initiatives including a financing programme for breast cancer treatment in Nigeria.

Easy Solar provides pay-as-you-go solar-powered lighting and charging systems to people with no electricity access in Sierra Leone. In 2019, the three-year-old company reached 15 of 16 districts in Sierra Leone and expanded to neighbouring Liberia.

Founder Nthabiseng Mosia made the Forbes Africa 30 Under 30 list this year, in the category of "game-changers" in technology. She plans to rapidly grow the company's reach in 2020, she said, after passing 300,000 users this year.

Started in Tanzania, Toolboksi is an online platform that aims to reduce unemployment in the informal sector by connecting people seeking carpentry, plumping or construction work with local artisans and handymen skilled in those areas.

The two-year-old company has facilitated over 3,000 transactions so far. In 2019 Toolboksi won Best Social Impact Start-up for its growth this year at the Southern Africa Start-up Awards.

SiyaBuddy is a recycling and waste management company in South Africa that aims to create jobs while helping the environment. The start-up buys waste from local collectors, mostly women, and sells it to recycling companies.

SiyaBuddy gained recognition and funding this year when it won the World Export Development Forum young entrepreneurs pitch contest in Ethiopia. Since 2017, it has created 21 jobs and supported over 1,000 waste-pickers.

Farmcrowdy is a digital lending platform in Nigeria that connects farmers with small investors who can sponsor them during a season and collect a small return when they harvest. It aims to reduce hunger and poverty by increasing food production.

With over 25,000 small-scale farmers involved, Farmcrowdy has been growing quickly since it launched three years ago. It gained momentum in 2019, winning a number of awards including Africa's Innovative Business of the Year by the British Awards for African Development.

Launched in Mauritius in 2019, Eco-Warriors is a mobile game application that teaches children about climate change and conservation. It includes monthly comic books distributed for free if young players participate in recycling household waste.

Eco-Warriors is a few months old and has won several prizes and the support of the U.N. Educational, Scientific and Cultural Organization (UNESCO). It aims to teach sustainability throughout the Indian Ocean region, including in Reunion Island and Madagascar.