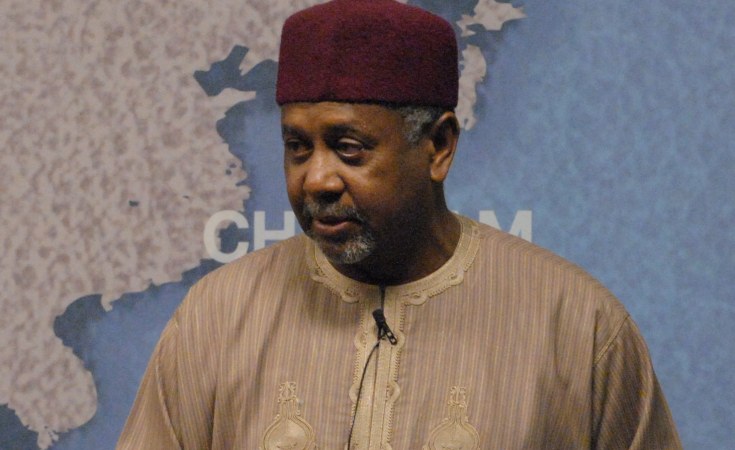 A former National Security Adviser, Sambo Dasuki, on Wednesday, said he has no feud with President Muhammadu Buhari who ordered his incarceration for four years despite meeting bail conditions.

Mr Dasuki spoke during a radio interview with the Voice of America, Hausa Service.

"I have no feud with anybody. I am more than that. I can't engage in a feud with anyone," Mr Dasuki said when asked if there was a feud between him and the president.

He also thanked Nigerians who prayed for his release while in detention.

"There are no words enough to show appreciation to all the prayers offered (by Nigerians). All we can do is to thank them and pray to God to reward them abundantly," he said.

Mr Dasuki was arrested in December 2015 and is being prosecuted for alleged corrruption while in office and possession of arms. He has denied any wrongdoing and has secured bails from various courts that the government refused to obey.

PREMIUM TIMES reported how he was released on the directive of Attorney-General of the Federation, Abubakar Malami, who had defended Mr Dasuki's illegal incarceration in the past but on Tuesday ordered his release.

Mr Dasuki, a retired Nigerian Army colonel, was Nigeria's national security adviser until May 2015. He was arrested a few months after leaving office.

He was released on the same day as Omoyele Sowore, an activist who is being prosecuted for calling for a revolution against bad governance.

Read the translation of Mr Dasuki’s interview with the VOA below.

VoA: How can you thank Nigerians who have been praying for your release which eventually happened today, you have your freedom?

Dasuki: There are no words enough to show appreciation for all the prayers offered. All we can do is to thank them and pray to God to reward them abundantly. We have seen the results of their prayers.

VoA: Seeing that you have spent four years in detention; do you feel healthy or you have certain health challenges?

Dasuki: Thank God I am in full health. I have no ailment at all.

VoA: How did you meet your family?

Dasuki: Glory to God, everyone is ok.

Voa: So what will you say to the federal government?

Dasuki: There is nothing really to say to the government. Everything that happens to an individual is from God. It is only God’s will that will prevail. It is ignorance or lack of faith that pushes some to think that certain individuals are behind their predicaments. Everything is ordained by God. Like you said, I was detained for four year and I am out today. Only God knows tomorrow. The only thing is that there must be fairness. Whoever goes to the Mosque on Friday must surely have heard the Imam always preach for fairness and honesty. There is a reason for that. Everyone should listen to it.

VoA: Are you now returning to court to prove that the allegations against you are not correct?

Dasuki: Of course, I stopped going to the court because I was granted bail but the government refused to release me and I said whenever the bail order is complied with I will appear before the court and defend myself. I am ready.

VoA: There are rumours that your predicament is traced to the fact that you were the one who arrested President Buhari during a military coup and you are now paying for it?

Dasuki: I am not aware of that. All I know is that everything is from God.

VoA: So there is no sort of feud between you and the President?

Nigerian Activist Omoyele Sowore Finally Released from Prison
Tagged:
Copyright © 2019 Premium Times. All rights reserved. Distributed by AllAfrica Global Media (allAfrica.com). To contact the copyright holder directly for corrections — or for permission to republish or make other authorized use of this material, click here.