Africa: Nderitu - Kudos to Ghana for Welcoming Descendants of Slaves 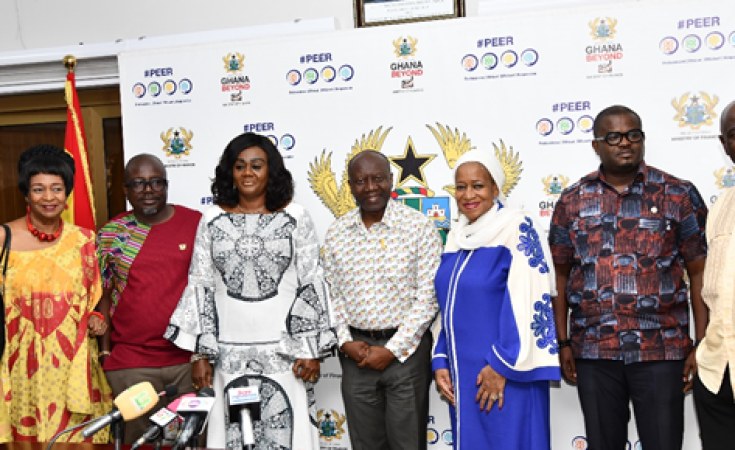 Ghana's invitation to anyone of African ancestry in the diaspora to "a birth right journey back home" was this year's defining highlight on identity matters in Africa.

The 2019 Year of Return marked 400 years since the first enslaved African arrived on the shores of the then English colonies in North America at Jameston, Virginia.

Ghana has pursued this idea for long as the 'Joseph project,' welcoming back descendants of African slaves, drawing from the Biblical analogy of Joseph, who was lost to his family for many years. Ghana had passed the Right of Abode law in 2001, giving anyone of African ancestry in the Americas the right to stay in Ghana indefinitely.

The dungeons, built when Ghana was known as the Gold Coast, also served as trading posts to take away gold and other valuables. I visited one of them, the Elmina Castle. Elmina was built by the Portuguese in 1482 with architecture quite similar to Fort Jesus in Mombasa. Elmina was seized from the Portuguese by the Dutch. The English in turn seized it from the Dutch. All three continued the slave trade.

The Elmina dungeons are poorly ventilated with chains to secure the slaves still stuck on the floor. One can very well imagine the slaves' discomfort.

Ironically, right above the dungeons is a well aerated chapel the slave traders prayed in with an inscription on the door from Psalm 132 "Zion is the Lord's resting place, this is his habitation or everlasting place".

Each of the slave castles has a "door of no return" through which slaves made the final exit, never coming back home.

This year has seen colourful ceremonies of hundreds of Afro-Caribbean's and African Americans receiving a new identity, Ghanaian citizenship. Many are responding to calls by the Ghanaian Government to "come back home", including visits by Ghana's President Nana Akufo-Addo Addo to several Caribbean nations and the United States. He often exhorts the pan-African leadership of Kwame Nkrumah who championed the idea of the right to belong to Africa of anyone of African ancestry.

Many of the "returnees" say the amenities and infrastructure they are used to, for instance, in the United States are not available in Ghana. However, they really appreciate not standing out or being discriminated against because of skin colour.

Identity is important to everyone and research consistently proves belonging to groups is a key driver of human behaviour. Belonging removes equivocation about ourselves and others.

Why hasn't the whole of Africa embraced the empathy Ghana is showing towards people of African ancestry? Slaves from the East African Coast were taken by Arabs to the Middle East long before the West African slave trade even began with Zanzibar as the slave trade hub. It was through the eyes of explorers such as David Livingstone that horrors of the slave markets of Zanzibar were made known.

A reason East Africa may not have taken up the Right of Return towards people of African ancestry taken as slaves could be how few descendants are.

A negative and contrasting 2019 identity story was on South African xenophobes who have created mental shortcuts about other Africans, in the process filtering important information out. Filtering begins with education structured on racist apartheid era knowledge of the rest of the continent and a curious, after apartheid sense of "we are better than you".

These narrow lenses led to violent deaths meted out on Africans for being African in South Africa, despite all the evidence available on the continent's role in supporting the defeat of apartheid and failure to see the South African economic situation as not being the fault of fellow Africans.

Going forward Africa needs to teach the historical aspirations of the anti-colonial pan-African leaders and develop new teaching on the right of return and ending xenophobia.

How Ghana Went Above and Beyond For Year of Return 2019
Tagged:
Copyright © 2019 The East African. All rights reserved. Distributed by AllAfrica Global Media (allAfrica.com). To contact the copyright holder directly for corrections — or for permission to republish or make other authorized use of this material, click here.

France to Carry Out Major Overhaul of its Sahel Operation
Infrastructure