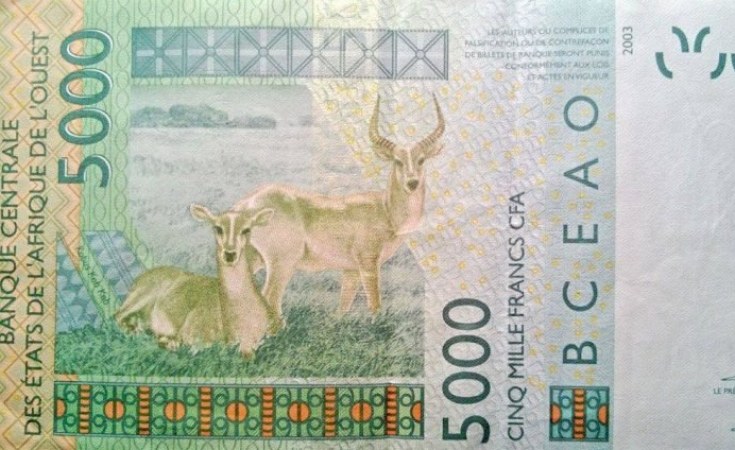 ThisisAfrica
The CFA Francs has been in use in French colonies since 1945. However, that might come to an end.
Voice of America (Washington, DC)
By Moki Edwin Kindzeka

Debate on the future of the CFA franc in the six-member Central African Economic and Monetary Community (CEMAC) has intensified after it was announced last week that eight West African countries agreed to change the name of their common currency to Eco. They also severed the CFA franc's links to former colonial ruler France.

The CFA franc used by west and central African states is considered by many as a sign of French interference in its former African colonies, and the main reason for the underdevelopment of CEMAC, which remains the poorest economic bloc in Africa.

Louis Nsonkeng, a researcher and economic lecturer at the University of Bamenda-Cameroon, says when the Eco becomes legal tender, the eight West African states will have their financial freedom from the strong grip of former colonial master France. He says the six central African states that also use the CFA franc should immediately emulate the example of the west Africans.

"In 2017, the International Monetary Fund published the [list of] 10 richest countries in Africa," Nsonkeng said. "None of the countries was from the CFA zone and most of these countries have their own currencies. If we discover that we don't have the resources to manage a common currency, then we should dissolve the currency area. We should dissolve it and each country should decide on their own currency."

Cameroon, Chad, Gabon, Equatorial Guinea, Central African Republic and Congo use the CFA franc. The CEMAC member states have more than 50 percent of their financial reserves kept in the French treasury, following agreements signed in 1948.

Thomas Babissakana, a Cameroon economist and financial expert, says such agreements drain the economies of central African states because France now uses the euro, yet France still controls its currency.

It is unthinkable, he says, that a country will claim it has its independence when its currency, which is an essential instrument for its economic policies, is controlled by a former colonial master.

The CFA franc, created in 1945, is considered by many as a sign of French interference in its former African colonies, even after the countries became independent.

The CFA franc was pegged to the French franc until 1999, when its value was fixed at about 660 CFA francs to one euro.

Daniel Ona Ondo, president of the CEMAC commission, says the six member states' economic growth rate is estimated at 3 percent in 2019 — up from barely 1 percent in 2018 — and inflation remains under control at less than 3 percent. He says the most demanding issue is to consolidate regional integration before thinking of currency reforms.

West African States Mired in Controversy Over 'Eco' Currency
Tagged:
Copyright © 2019 Voice of America. All rights reserved. Distributed by AllAfrica Global Media (allAfrica.com). To contact the copyright holder directly for corrections — or for permission to republish or make other authorized use of this material, click here.