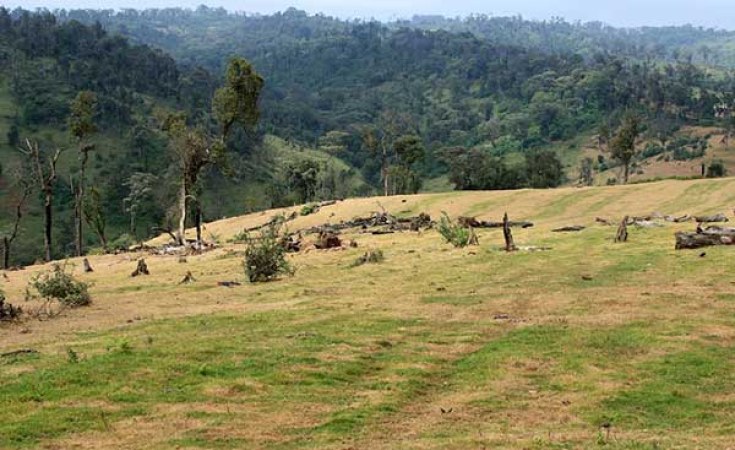 After a 30-year political showdown over the restoration of the Maasai Mau, history was finally written this year after 3,326 households illegally occupying the forest were evicted.

The forest block was a hot potato every election cycle as three successive governments failed to rid it of illegal settlers.

It attracted a lot of attention since it is the only forest block in Mau complex which is under the Narok County government as a trust land under the Trust Land Act (Cap 288).

However, the county government did not hold any title to the forest and it was not until August this year that the Environmental ministry recommended in a report that the vital document be processed and issued immediately.

In October, Environment and Forestry Cabinet Secretary Keriako Tobiko made a breakthrough and launched a 10-million tree planting initiative to restore the Maasai Mau water tower following the eviction of the settlers after the expiry of a 60-day notice.

The first phase of evictions that began last year targeted about 10,000 families.

Mr Tobiko said unlike botched evictions in the past, the initiative succeeded because of the President's political goodwill.

"President Uhuru Kenyatta has affirmed and reaffirmed the critical importance of environmental conservation and protection of our water towers, which are critical for realisation of his Big Four agenda. He directed that we meet our constitutional mandate of achieving our ministerial goals by 2022 instead of 2030," said Mr Tobiko.

He said unlike in the past where evictions were characterised by use of brutal force resulting in a backlash through negative publicity, this time round there were stakeholder consultative engagements before and during the process of driving out the settlers.

After the meetings, the government issued a 60-day period for the settlers to voluntarily leave.

In 2008, there was a political row over the resettlement of people in the Mau forest. They had been allocated land during the Kanu regime in the 1980s and 1990s.

In 2004, the famous Ndung'u Report termed these land allocations illegal and recommended their revocation.

Some evictions were done between 2004 and 2006 without a resettlement option.

In July 2008, the Kibaki regime, through Prime Minister Raila Odinga, ordered another eviction to be effected by October 2008 in order to protect the forest from destruction.

This would later cost him a huge chunk of the Rift Valley vote. In this year's evictions, politicians also opposed the move and called for dialogue.

Elgeyo Marakwet Senator Kipchumba Murkomen is on record calling on the evictees to stay put, as "there will be no eviction from Maasai Mau trust land until President Uhuru speaks".

He added: "CS Tobiko - who is conflicted - has no moral authority to evict people against the law."

But leaders from the Maasai community led by Narok Senator Ledama ole Kina and Narok North MP Moitalel ole Kenta were fully behind the action.

They said the influx of illegal settlers was a direct threat to their livelihood that greatly depends on the Mau.