Kenya: The Good, the Bad and the Ugly of Rugby in Eventful Season 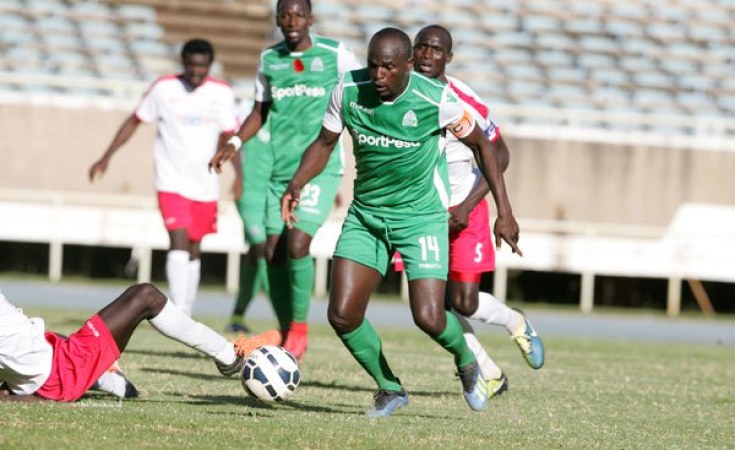 The 2018/2019 season went down as one of the most interesting both in the local and international scenes.

Kenya Simbas retained the Elgon Cup but failed in their quest to recapture the Victoria Cup. However, it was a disappointing World Rugby Sevens Series campaign. Kenya Sevens were nearly relegated after senior players boycotted games.

Kenya Under-20 side Chipu took a good shot at the World Rugby Under-20 Trophy where they finished sixth after winning the Africa title.

Kenya Lionesses finished second to South Africa both in the Africa qualifiers for the 15s Rugby World Cup and Tokyo 2020 Olympic Games.

Kenya Sevens changed management before the start of the 2019/2020 season. New Zealander Paul Feeney was brought on board to take over from Paul Murunga as head coach. Senior players, who stayed away from last season, returned in October as Kenya's second side Morans won the Safari Sevens.

Kenya Commercial Bank (KCB) affirmed that they are the kings of local rugby when they retained the Kenya Cup for the third time in a row after beating their arch-rivals Kabras Sugar in Kakamega. This was their seventh Cup success.

Kisumu and Western Bulls prevailed in Kenya Rugby Union (KRU) Championships to get promoted to Kenya Cup for the 2019/2020 season.

KRU had change of guard at the top. Oduor Gangla was elected the new chairman after beating former vice chairman Sasha Mutai. The union has been struggling to bring back sponsors on board.

At least 16 senior players continued to boycott training in protest over reduced salaries as the team prepared for the 2018/2019 World Rugby Sevens Series in New Zealand and Australia.

Then head coach Paul "Pau" Murunga was forced to use a second string side for the Hamilton and Sydney legs as well as virtually the whole season.

Eden Agero, who had been named the new captain, Dennis Ombachi and Jeff Oluoch, who were part of the Dubai and Cape Town 7s teams, stayed away alongside Billy Odhiambo, former Kenya Sevens skipper Oscar Ayodi and Oscar Ouma.

Also out of training were Augustine Lugonzo, Brian Tanga, Dan Sikuta and Leonard Mugaisi who was in Dubai and Cape Town, and Arthur Owira, who sustained a nasty injury during the Commonwealth Games.

Kenya Sevens collected 10 points from Paris to finish 13th overall with 37 points as the 2018/2019 World Rugby Sevens Series ended in the French capital on June 2.

It was Kenya's worst ever show since the 2010/2011 Series where the country collected 16 points to finish ninth in a season that had eight legs compared to the current 10 legs.

During the 2018/2019 season in Paris, Kenya managed to reach the main Cup quarter-finals - a feat that helped them escape relegation and remain as one of the core teams in the Series.

Kenya's best performance before going to Paris was in Hamilton, New Zealand, where they reached the Challenge Trophy final.

The Kenya Sevens team, who have been a World Rugby Sevens Series core side since 2004, reached the Challenge Trophy semi-finals in Las Vegas and Hong Kong, respectively, and finished last in Dubai, Australia, Canada and London.

When Feeney replaced Murunga in September, some senior players opted to return. Kenya Breweries sponsored Kenyan rugby to the tune of Sh115 million. Out of the money, Sh37.5 million would go to supporting the men's and women's national Sevens and 15s teams.

Blitzebokke had beaten Kenya Sevens 19-5 in the semi-final while Morans stopped Russia Academy 24-10 in the semis where Injera suffered a shoulder injury.

Kenya went on to recapture the Africa Cup Sevens Cup that doubled up as the Tokyo Olympic Games qualifier on November 8-9 this year in South Africa. They crushed Senegal, Namibia and Uganda 50-0, 33-0 and 24-7 in the preliminaries to set up Madagascar whom they beat 40-14 in the semi-finals.

Kenya once again faced Uganda in the final and prevailed 29-0 to qualify for the Olympics for the second time.

The Victoria Cup that has been revived after having not been played since 2011, remained in Zimbabwe's possession after the Sables topped the four-nation tournament. The Sables beat Zambia and Uganda both home and away but beat Kenya back home 30-29 before losing in Nakuru 36-14.

What ruined the party for Kenya was their 16-13 loss to Uganda in the first leg meaning Zimbabwe only lost once and Kenya twice in the championship.

South Africa's Springboks beat Kenya Lionesses 39-0 at Bosman Stadium, Johannesburg, on August 17 to qualify for the Women's 2021 Rugby World Cup. Kenya will now meet a South America team next year with the winner going into the 2020 repechage qualifying tournament.

The Lionesses qualified for the 2020 Tokyo Olympics despite losing to South Africa 15-14 in the final on October 13 in Tunisia. South Africa Olympic Committee declined to allow their team to participate in Summer Games, handing Kenya the opportunity.

It was an explosive exchange of leads as Kenya Commercial Bank (KCB) edged out Kabras Sugar 23-15 to retain the Kenya Cup rugby league title at a packed Kakamega Showground arena on May 18.

It was the first time a Kenya Cup final was held outside Nairobi with the largest turnout of 8,000 fans attending.

However, Kabras Sugar would console themselves with the Enterprise Cup trophy after they crushed g Impala Saracens 37-7 in the final played at the RFUEA on May 25.

KCB ended the long wait for the National Sevens Circuit title in style after bagging their fourth out of the six legs of the 2019 edition in Mombasa on September 8. KCB, who had last won the national title in 2014, defeated Impala Saracens 26-21 after coming from behind 14-0 in an explosive final.

Chipu, the Africans champions kicked off their campaign on a disappointing note losing 11-63 to Uruguay on July 9. 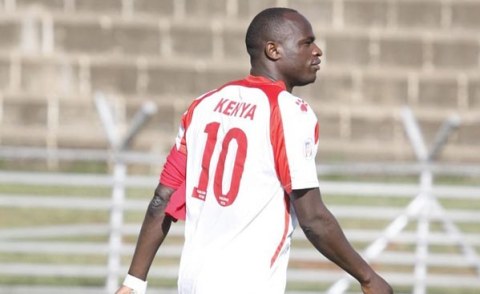 Former Harambee Stars Captain Oliech Signs For Gor Mahia
Tagged:
Copyright © 2019 The Nation. All rights reserved. Distributed by AllAfrica Global Media (allAfrica.com). To contact the copyright holder directly for corrections — or for permission to republish or make other authorized use of this material, click here.