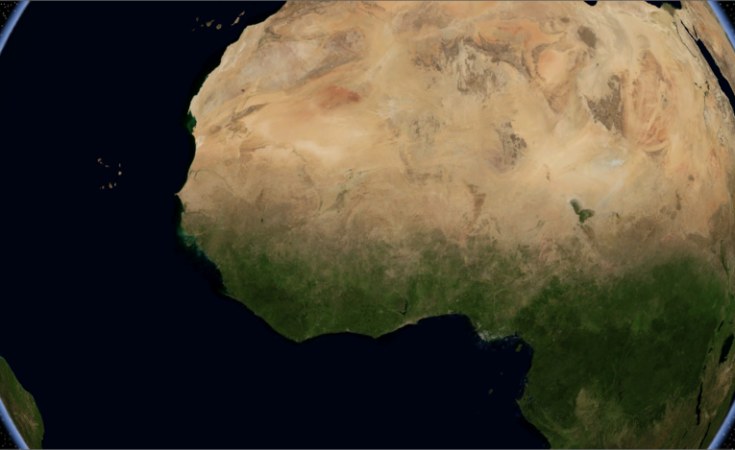 Strong indications emerged yesterday that Nigeria is dissatisfied with what it considers as hasty adoption of the ‘Eco,’ the proposed single currency for West African countries.

Owing to this, the country may be unwilling to dump the naira for the ‘Eco’ unless all the prescribed criteria are met.

A reliable source in the presidency told THISDAY in a telephone interview that the federal government was not impressed with the approach of countries in the sub-region that had already adopted the ‘Eco,’ even when they knew that they had not met the prescribed conditionalities.

This, clearly, may have prompted the cautious approach the federal government adopted since it received the change of name of the West African Economic and Monetary Union (UEMOA) currency, otherwise known as Communaute Financiers d’Afique (CFA) to ‘Eco’ by eight French-speaking West African countries.

“Nigeria is studying the situation and would respond in due course,” a one-paragraph statement issued by Yunusa Abdullahi, on behalf of the Minister of Finance, Budget and National Planning, Mrs. Zainab Ahmed, said.

Nevertheless, the source in the presidency who did not want his name in print explained to THISDAY, that, “Nigeria is unimpressed that some countries just want to proceed by any means whereas no member has met the convergence criteria. In fact, at the last ministerial and Central Bank Governors’ meeting, Nigeria’s representatives raised strong objections to the attitude of some members, who are determined to proceed to the single currency when data presented to the meeting were questioned as being incredible.”

For the Eco to be implemented, 10 convergence criteria were set out by the West African Monetary Institute (WAMI). These were divided into four primary and six secondary criteria.

The four primary criteria to be achieved by each member country are: a single-digit inflation rate at the end of each year; a fiscal deficit of no more than four per cent of the Gross Domestic Product (GDP); a central bank deficit-financing of no more than 10 per cent of the previous year’s tax revenue, and gross external reserves that can give import cover for a minimum of three months.

Presently, only Togo has met the convergence criteria within the last two years, a development which makes it difficult to operationalise the proposed currency union.
But last week, French-speaking countries which included Benin Republic, Burkina Faso, Guinea-Bissau, Cote d’Ivoire, Mali, Niger, Senegal, and Togo, agreed to adopt the Eco as their single currency.

Ivory Coast President Alassane Ouattara and French President Emmanuel Macron had announced earlier this month that West Africa’s monetary union had agreed to cut some financial links with Paris that had supported the region’s common currency since its creation.

Also, Ghana disclosed yesterday that it was determined to, “do whatever we can” to join the new West African currency. Ghana has its own currency, the Cedi.

“We, in Ghana, are determined to do whatever we can to enable us (to) join the Member States of UEMOA, soon, in the use of the Eco, as, we believe, it will help remove trade and monetary barriers,” President Nana Akufo-Addo said in a statement.

However, Nigeria, the THISDAY source explained, would stand resolutely against the hasty move by French West Africa on three major grounds: it’s just a change of name from CFA to ‘Eco,’ therefore, it’s of no moment; it’s an attempt at recolonising West Africa with French backing of a currency that is benchmarked against the Euro; and it’s an assault on the push for a flexible exchange rate, which must meet all the prescribed conditionalities.

The Director General, West African Institute of Financial and Economic Management (WAIFEM), Dr. Baba Musa, recently told THISDAY that although the idea of a single currency within the ECOWAS remains a laudable initiative, it has to be carefully implemented.

He pointed out that the idea was to imitate Europe, which is made up of countries that are much more developed in education, transportation, infrastructure and other aspects of economic life.

Musa explained: “The objective of this is to promote the economic prosperity of the 15 ECOWAS countries. The idea is, as a Nigerian, if I want to go to Sierra Leone or Gambia, I do not need to take US dollars there. If I have an ECO, I could just collect ECO and go and do my business and then come back. So, rather than taking the foreign exchange rate of the nation to go to another country to do business, I would use my local currency to do that.

“In terms of convergence, what we found was that that a country would meet all the convergence in year one, in a year or two later, they would miss some, which has been the trait amongst all of them. That shows us some things we need to look at.”

Continuing, Musa pointed out that, “If countries are missing the convergence criteria, what are the reasons? In many cases we do not determine the price of commodities that affect revenue and so many other indicators. So, are we designing policies that respond to those volatilities?

“In many cases you find out that countries are not implementing policies that avoid those types of volatilities which brings us to the issue of continuing fiscal sustainability because most of the targets that are missed relate to the fiscal issues.

“They have announced that by 2020, we would have a single currency. The implementation would start, but not in a physical form, rather it might be a virtual currency, pending when all the countries would converge and address the issue.”

Previous Story
Govt Calls for a Delay in Eco Regional Single Currency Launch
Next Story
Is Eco Currency Just an Echo of the Colonial Past?

Is Eco Currency Just an Echo of the Colonial Past?

West African Countries Adopt Single Currency
Tagged:
Copyright © 2019 This Day. All rights reserved. Distributed by AllAfrica Global Media (allAfrica.com). To contact the copyright holder directly for corrections — or for permission to republish or make other authorized use of this material, click here.