According to Fred Enanga, the police spokesperson, Chaka Chaka was escorted to Entebbe airport by the police and a team from the immigration department on Tuesday afternoon after being detained inside her room at Pearl of Africa hotel.

According to sources since yesterday security around the hotel was unusually beefed up, with Yvonne Chaka Chaka under close surveillance. When The Observer visited the hotel earlier today, only residents were being allowed in to go past the main gate with other revellers 'forced' to buy tickets at Shs 100,000 to be able to access the hotel gardens. There was a heavy presence of security all over the hotel premises.

Chaka Chaka was expected to perform at the Enkuuka Concert at Lubiri Grounds. Enanga says that the musician entered the country using an ordinary visa which does not allow her to perform or carry out any money generating activity.

Music promoter Abby Musinguzi also known as Abitex who brought Chaka Chaka into the country said she was barred from leaving her hotel room after arrival on Monday.

"Yvonne's issue is hard to understand. The last time I spoke to her in the morning, she was leaving the hotel to come for a soundcheck at the venue. But I was later informed that she was being detained by security officers at the hotel who said they were offering her security. She was refused to leave the hotel," Musinguzi said.

Bobi Wine himself has been banned from performing in Uganda since 2018 with Museveni claiming that he keeps telling the international community that Uganda has been run down and the people have become poorer. According to Museveni, since in Bobi Wine's assessment, Ugandans are poor, then he should be performing to get their little money. Earlier on when The Observer contacted the immigration office at Entebbe, it referred us to police. Chaka Chaka has previously performed in Uganda without any troubles and claimed she was the second 'first lady' after Barbie Itungo, Bobi Wine's wife. 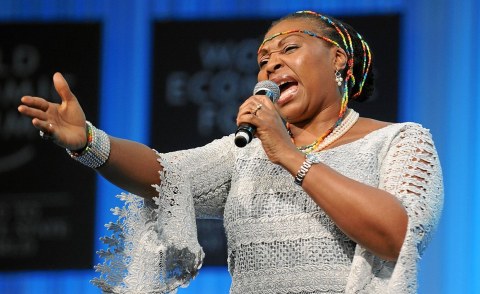 What Really Happened to Yvonne Chaka Chaka in Uganda?
Tagged:
Copyright © 2019 The Observer. All rights reserved. Distributed by AllAfrica Global Media (allAfrica.com). To contact the copyright holder directly for corrections — or for permission to republish or make other authorized use of this material, click here.