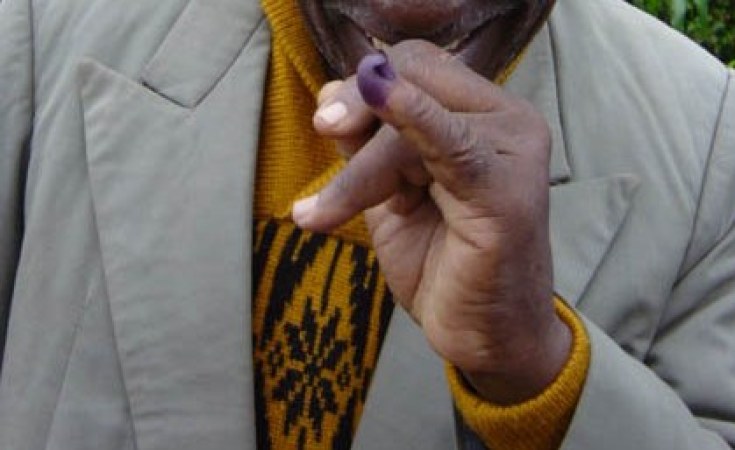 2020 will come ahead of a predictably difficult election year that might present the country with some economic headwinds.

The economy has been recovering from a slow start but experts Daily Monitor spoke to predict a difficult year ahead that might reverse or stall current progress.

At global level, the International Monetary Fund (IMF), has already warned that there will be less trade and slower growth in 2020 as a result of trade tensions between US and China.

The tension is likely to trickle to small economies such as Uganda and will impact prospects that might include a decline or stalled GDP growth.

Domestically, according to Bank of Uganda, there are likely to be economic interruptions coming from pressures of the 2021 elections.

Therefore, the Central Bank has already indicated it will keep in place a cautious monetary policy to avert such effects.

"The last thing the [central bank] will allow is a repeat of 2011 when inflation increased on account of increased money supply during the campaign period. It is [central bank] thus likely to adopt a more conservative stance to keep inflation within its target rate of 5 per cent." Ramathan Ggoobi, an economics lecturer at Makerere University Business School, opines.

According to Ggoobi, the Central Bank will, however, maintain an expansionary fiscal policy to support the start of the new phase of the five-year National Development Plan (NDP III).

"The NRM government has historically expanded the budget during election years to make voters 'happy'. This might prove to be counterproductive to the BoU's anticipated monetary policy," he says, noting that 2020 might present more risks including increased seasonality, which might affect agricultural output and growth.

"Secondly there are the geopolitical tensions in the region, specifically our border tensions with Rwanda, the resurgence of unrest in DR Congo and the yet to be fully resolved political issues in South Sudan, might be issues to watch in 2020," he says.

Already, issues such as the Rwanda border impasse and the conflict in South Sudan, have eaten into Uganda's balance of trade with a massive drop in exports, particularly to those countries.

Therefore, as we review 2019, we also look into what experts expect in 2020, especially in terms of trade, private sector growth and development.

2019 has been a year of mixed economic fortunes. How then will 2020 turn out in terms of regional, local and international cooperation?

Mubiru hopes that activities in the oil sector, key among them progress of negotiations on Final Investment Decision, will impact the economy as they signal when Uganda will achieve first oil.

He also believes that the good rains have presented Uganda with a bumper harvest that shall help Ugandans to access plenty of food as well as having enough to sell locally and export.

"For cattle keepers, the rains have been more than average to enable retention of water in valley dams, which should then push productivity for animal products," he says.

However, he also believes that 2020 being an election year, is likely not to attract new since investors will adapt a wait-and-see approach as they monitor progress.

Rwanda, he also notes, is likely to remain a sticky issue that will negatively impact growth.

"Rwanda was one of our export destinations with trade worth $200m before the stand-off. The good news is that typical of Ugandans, having lived in bad times for long, the new talk is of having more direct routes into DR Congo and Central African Republic to export without depending on any particular country," says Mubiru.

Khan believes that the delay to achieve first oil is likely to weaken near-term growth.

Final Investment Decision (FID) on the Lake Albert oil project is likely to be pushed back to end of the first quarter of 2020, following the termination of an agreement under which Tullow would have sold part of its stake to CNOOC and Total.

A dispute with Ugandan Revenue Authority over the tax treatment of this sale was cited as the reason for termination of the initial sale and purchase agreement.

"Even with the tax dispute resolved in early December 2019, we still expect Final Investment Decision by joint venture partners in 2020 at the earliest, and Uganda may not see first oil until at least 2023," she notes.

Growth, she says, should still be supported by government infrastructure spending.

However, given the uncertainty over eventual oil production, growth rates are likely to be softer than previously anticipated.

She further adds that although Uganda is yet to begin commercial oil production, the country, which has an estimated reserves of six billion barrels, continues to draw money from the Petroleum Fund to finance investment in infrastructure.

Whereas the Public Finance Management Law allows for proceeds from the Petroleum Fund to be used to finance capital expenditure, Khan says: "The Fund, which receives all revenue related to oil activity, cannot be used to support recurrent expenditure."

She also notes that there is a likely growth in credit as government continues to push the infrastructure agenda.

"Amid disappointment over the timeline to oil production, Uganda has now resubmitted its bid for China-Exim financing of its planned Standard Gauge Railway," Khan says.

Trade, telecommunications, transport, agricultural production (mainly food crops and fisheries) and real estate, according to Muhamuza, are likely to be the mainly drivers in 2020.

However, he says, oil and gas investments are likely to remain low due to the delayed announcement of the Finial Investment Decision.

"Donor funded projects including health services will be a factor. Election related expenditure will make a contribution but will mainly be disruptive giving the economy no specific traction," he says.

According to Muhumuza, the depressions in global trade, sporadic tensions in the East African Community trade on items such as sugar, milk, grain among others, are likely to remain sticky issues in 2020.

These, he says, are likely to be exacerbated by the Uganda-Rwanda border impasse as the principal actors seem not to be ready to make compromise.

"Unfortunately, the continuation will drain resources towards military spending, which will increase even in the absence of an active war," he says, noting that events in the elections will be a key issue to watch.

Ssekitoleko believes that because the economy is an agro-based, government should make interventions as well as intensifying industrialisation.

"Prioratising agro-processing and value addition will strengthen the value chain approach," she says, noting government must prioritise jobs and wealth creation and increase in exports.

Beyond this, she says, efforts have been made to promote agribusiness, especially by the private sector, which in turn is attracting targeted funding of the sector.

This, according to Ssekitoleko, will inevitably increase agricultural exports both within and beyond the region due to improved capacity and quality.

"We hope that this will be resolved early in the year because markets unlock the challenges of poverty, jobs and low exports," he says, noting that government should resolve the Rwanda border impasse as well as hoping for a better 2020 ahead of the election.

"While we urge all Ugandans to register and exercise their civic rights, it is important that we encourage the youth and women particularly to get more involved in income generating activities than politicking," he says.

He adds that the future of Uganda rests in business and not politics. 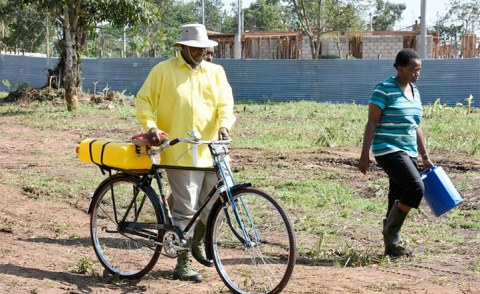 Paying Too Much for Lending, Africa?
Tagged:
Copyright © 2020 The Monitor. All rights reserved. Distributed by AllAfrica Global Media (allAfrica.com). To contact the copyright holder directly for corrections — or for permission to republish or make other authorized use of this material, click here.