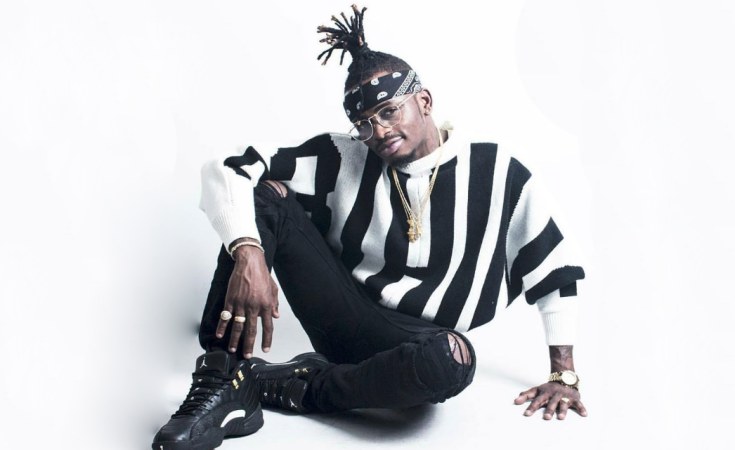 Kigoma — In a scenario new to most Tanzanians, President John Magufuli called Bongo Flava artiste Diamond Platnumz in the middle of his New Year's eve concert in Kigoma.

Dr Magufuli made the call on Wednesday, January 01, 2020, at 1:54am, when Diamond and other artistes were performing at the Lake Tanganyika Stadium.

He called the CCM publicity and ideology secretary Humphrey Polepole who is accompanying Diamond and other artistes in the tour.

Mr Polepole handed the phone to Diamond, who told thousands of fans, who flocked the stadium that the president wanted to great him. The fans greeted the information with frenzied cheers.

Diamond together with the fans, sang 'Shikamoo Baba' literally meaning , we respect you father. The President said he wished the artiste and Kigoma residents a Happy New Year 2020.

Dr Magufuli said he wished he could have been among the fans attending the show, noting, however, that he has sent representatives including, Mr Polepole.

In response, Diamond told the president that people loved him, "We would like to assure you that you will win a landslide victory in the forthcoming elections. You will be voted for by 100 per cent. Magufuli oyeeee! CCM oyeee."

Even when Diamond wanted to bid farewell to pave the way for the president to have a rest, yet Dr Magufuli continued saying, "I would like to assure residents of Kigoma that the upgrading of the 300 kilometer Nyakanazi Road will be completed. I congratulate all Kigoma residents"

He bade farewell by singing a Kiha tribal song locally found in the region telling the artiste, "You should keep working very hard because you are a man."