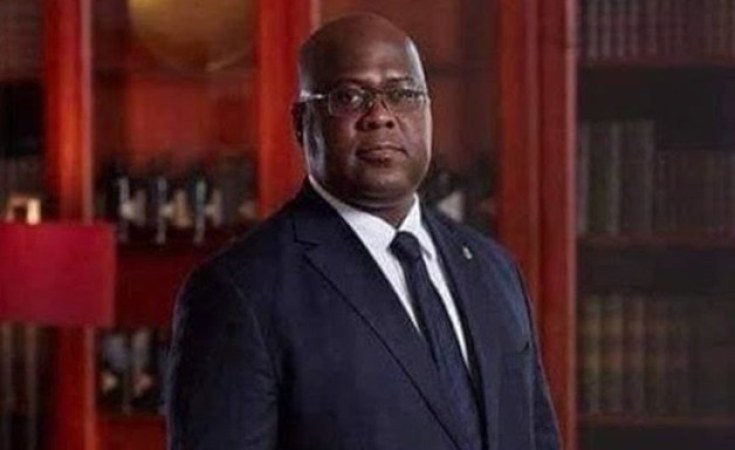 Kenyan President Uhuru Kenyatta and opposition chief Raila Odinga may have played a greater role in organising the DR Congo's opposition in the December 2018 presidential election that was eventually won by Mr Felix Tshisekedi, a governor said on Wednesday.

"I must thank President Kenyatta and Mr Odinga who had faith in us and went ahead to embrace both the presidential candidate Tshisekedi and his party, the Union of Democracy and Social Progress (UDPS)," said Prof Nyongo.

He was speaking at St Austin's Catholic Church, Nairobi, during the requiem mass of Gilbert Mundela, who until his death last Friday was a special adviser to the Congolese' leader.

Mr Mundela, 66, suffered a heart attack during a meeting and was taken to Nairobi Hospital, where he died of a cardiac arrest.

Until his death, he was President Tshisekedi's adviser in-charge of private affairs and was in the city on a mission.

Mr Tshisekedi was sworn in as President on January 24 last year in a historic event in which President Kenyatta was the only African head of state who attended.

The governor told the congregation that he first met Mr Mundela in May 2018 through a mutual friend, Mr Ochoro Otunnu, in the company of Mr Francois Mwamba.

"Mr Ochoro insisted that what was in the offing in the DRC in terms of presidential and general elections was too important to be left in the hands of Congolese people alone," he said, pointing out that both Mr Mundela and Mr Mwamba were involved in the struggle in support of Mr Tshisekedi.

"Otunnu and I had no alternative but to mobilise the African support for our friend to win the elections. It seemed a tall order, but listening carefully to Mr Mundela and Mr Mwamba I was instantly sold to the idea."

Both Dr Matiang'i and Dr Juma eulogised Mr Mundela as a Pan Africanist who was a strong bridge in the relationship between the two countries.

"Mr Mundela truly believed in Africa and the best way for his family to honour his legacy is to ensure that his Pan African spirit leaves on and that Africa nation become truly one. We shall make useless borders that were not of our own making," he said.