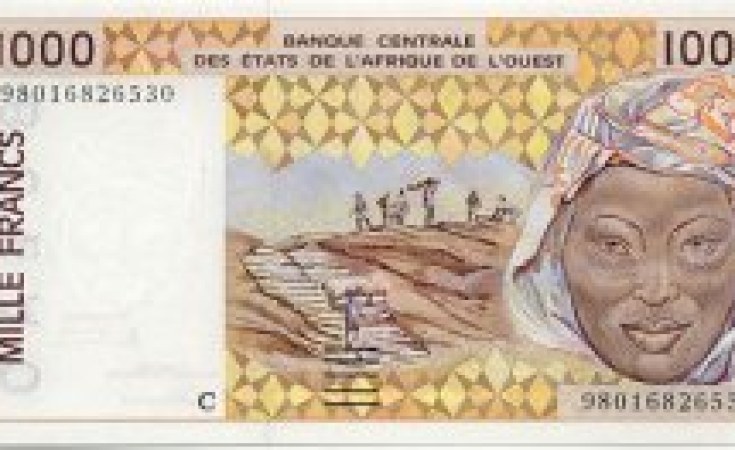 Rewane, during an interview yesterday on, 'The Morning Show' on Arise Television, a sister broadcast arm of THISDAY Newspapers, said the country was not yet ready for currency convertibility.

The federal government, while reacting to the adoption of Eco as the currency of the French bloc of the West African nations, said it was studying the situation and would respond in due course.

But Rewane, who is the Chief Executive Officer of Financial Derivatives Company Limited, said decisions about the economy, currency and regional integration were not issues any country should rush into.

He also noted that with its role as a giant in the continent, the federal government must always be strategic in its decisions.

According to Rewane, unless Nigeria's economic condition improves, entering into the West African single currency arrangement means the country, which controls 66 per cent of the ECOWAS economy, would have to shoulder additional responsibility.

"Of what interest is it for us at this point in time to protect other countries? Nigeria has to concentrate on how to manage its own economy more efficiently before going into any arrangement that would see it shoulder external responsibilities because you are only as good as your economic strength.

"In the past, we took a position in Liberia and Sierra Leone, when they had crisis and we put in place ECOMOG and all of that.

"That time we had the resources, we had enough oxygen, so we could give oxygen to other countries, but now, we can't afford that. We have to first of all make Nigeria great again, make the country reliable and as efficient as we can," he stated.

He, however, noted that the factors outside Nigeria's control presently are more than the factors within its control.

"Therefore, you either have to be strategic or tactically responsive in good time," he said.

"I use the example of someone in turbulence in an aircraft and they say if the oxygen mass drops, you first of all put it on your nose before you put it on your child, because it is when you have stabilised that you can then put on for your child.

"That is because if you put it on a child and your child cannot help you, then both you and the child would go down. Now, Nigeria is 66 per cent of the ECOWAS region, Nigeria is the biggest economy in terms of population and size of economy.

He explained that to go into such an economic arrangement, every country must have both current and capital account convertibility.

According to Rewane, the terms of trade of Nigeria has deteriorated over the years.

"In other words, our export prices have not been rising as fast as our import prices. So, there are external sector vulnerabilities. If we now go into this, and with the fact that we have to carry the baggage of all of these countries, then, there is a problem.

"But, what has happened today is that there is a change of name from the CFA to the Eco. But the French said they would no longer have to deposit 50 per cent of their reserves with it, good. But, that to me is a trap. And the Ghanaians have said they are ready to join as long as there are no peg rates.

"But I think what we are witnessing here are things you have to look at strategically. The day Emmanuel Macron made the announcement in Abidjan, was same day Nigeria was hosting the ECOWAS countries in Abuja - not only that, they left the French-speaking countries out of it," he added.

Responding to a question, the EAC member said the action of the French-speaking countries as well as Ghana's indication of its preparedness to join the arrangement was not driven by Nigeria's closure of all its land borders, which has continued to hurt the economies of its neighbours.

According to the economist, Nigeria stands to benefit more from regional integration, even as he cited an example with the Dangote Refinery, which when completed was expected to serve the entire sub-region.

Also responding to a question to the fact that only Togo has met all the criteria set for the single currency to become operational, Rewane said: "You have to be careful before you jump into these things. The size of the Togolese economy is not bigger than the economy of Festac in Lagos.

"Lagos State economy is about 10 times the size of Togolese economy. What does it take to manage the Togolese economy? Togo is made up of two things namely Ecobank headquarters and Sky Airline. Apart of that, nothing happens in Lome," he said.

On the likely fate of the naira, he explained: "There are two things about a currency you must understand. One is medium of exchange. It doesn't matter what, the naira would exchange at whatever value the market think it is.

Nigeria Calls For Delay in New Regional Currency Launch
Tagged:
Copyright © 2020 This Day. All rights reserved. Distributed by AllAfrica Global Media (allAfrica.com). To contact the copyright holder directly for corrections — or for permission to republish or make other authorized use of this material, click here.