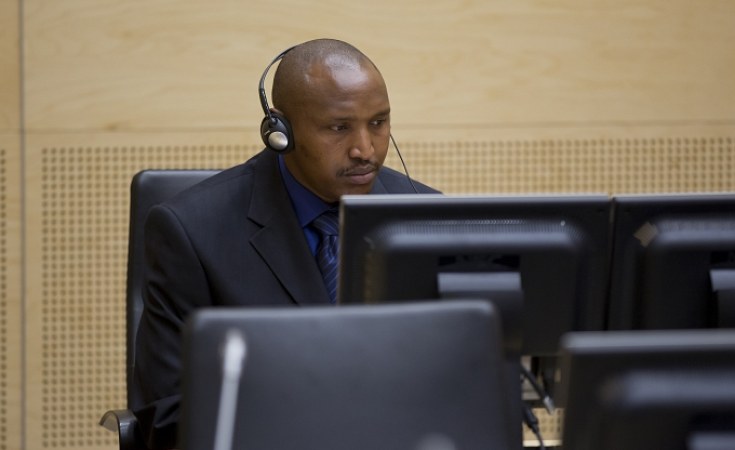 Bosco Ntaganda is contesting the 30-year prison term handed to him by International Criminal Court (ICC) judges, terming it manifestly excessive and disproportionate. His lawyers are asking the court's Appeals Chamber to quash the sentence and impose a new one that is not higher than 23 years.

Last November, judges handed Ntaganda, a former rebel commander in the Democratic Republic of Congo, the harshest sentence ever by the court based in The Hague. This followed his conviction for 18 war crimes and crimes against humanity. He is separately appealing the conviction, arguing, among other reasons, that the conviction was invalid because one of the judges of the chamber that convicted him was unfit to serve as an ICC judge.

In the notice of appeal against the sentence, defense lawyers say that trial judges repeatedly failed to consider Ntaganda's degree of concrete participation in certain crimes. Instead, they argue, the judges often repeated the basis of Ntaganda's liability without further considering his degree of participation in the different crimes. Article 81(2)(a) of the court's statute provides that a sentence decision can be appealed on the ground of disproportion between the crime and the sentence.

Judge Howard Morrison has been named as Presiding Judge of the appeal against the sentencing judgement.

The defense faults trial judges for failing to concretely assess Ntaganda's "limited degree of participation" in the five sexual violence crimes he was convicted for. The defense avers that a concrete assessment of personal culpability required judges to go beyond the finding of liability to ensure that the punishment is proportionate to Ntaganda's individual responsibility.

The defense contends that the conviction decision makes no finding that Ntaganda had any advance, contemporaneous, or subsequent knowledge of the rapes and sexual slavery of civilians or child soldiers or that he concretely contributed to the rapes. "Having given particular weight to the cruel circumstances of these rapes as an aggravating circumstance, it was incumbent on the Chamber to examine Mr. Ntaganda's culpability in relation to that cruelty and the crimes as a whole," the defense states.

Noting that the chamber found that there were three child soldiers subjected to rape and sexual slavery, the defense argues that none of these victims was near Ntaganda at the time of the crimes, "or at virtually any other time."

Further, the defense contends that trial judges failed to discuss whether the actions attributed to Ntaganda as tolerating or approving rape within the Patriotic Forces for the Liberation of Congo (FPLC) at other locations had any impact on perpetration of crimes against the three child soldier victims. The defense says this is an important consideration given "the very small number of instances" of sexual crimes against child soldiers and because they occurred far from where Ntaganda was located, without any other indication of his knowledge of those events.

Last July, Trial Chamber VI convicted Ntaganda for crimes committed in 2002 and 2003 while he commanded the FPLC militia, which the prosecution says was mainly comprised of members of the Hema ethnic group and targeted persons of Lendu ethnicity.

Defense lawyers are also faulting judges for rejecting all of Ntaganda's mitigating circumstances, which they believe warranted a lesser sentence. They cite the judges' alleged failure to recognize Ntaganda's "substantial efforts" to reconcile Hema and Lendu communities in 2004 and to demobilize and integrate FPLC forces into the national army. Also cited is judges' failure to "accord any weight to the lives of 63 enemy fighters who were saved by Ntaganda." These fighters were integrated into the FPLC.

Additionally, defense lawyers say that trial judges misunderstood and erroneously dismissed the significance of Ntaganda's traumatic experiences fighting against the Rwandan genocide. In his testimony, Ntaganda, who was born in Rwanda but is a Congolese citizen, stated that some of his relatives who lived in Rwanda were killed during the 1994 genocide. At the time, Ntaganda was a fighter with the Rwanda Patriotic Army, a rebel group that captured power in Kigali in July 1994.

Ntaganda testified that the genocide and the persecution of Congolese citizens of Tutsi ethnicity like him, motivated him to join rebel groups in his home country to fight against injustice in order not to "see any other community experience what my own community [the Tutsi] went through." In the conviction judgement, judges ruled that "the alleged protection of one group through acts aimed at the destruction and disintegration of another cannot under any circumstance constitute a matter in mitigation."

Defense lawyers also contend that trial judges failed to attach mitigation weight to Ntaganda's "substantial efforts" to protect a fellow detainee at the ICC Detention Center from "serious harm." The detainee in question is not named nor is the harm Ntaganda saved him from specified. In the judgement, the judges accepted that Ntaganda's conduct regarding that fellow detainee was "commendable," but determined that the act was not important enough to impact on his individual and overall sentences.

The defense also says Trial Chamber VI failed to concretely assess Ntaganda's degree of participation in the crimes committed during the second operation over which he was charged, as distinct from the first operation. In the judgement, the judges considered Ntaganda's culpability for crimes committed during the first and the second operations to be high, irrespective of whether he was in close physical proximity to where the crimes were physically carried out and in instances where he did not have previous, contemporaneous, or subsequent knowledge of the specifics of the crimes committed.

The defense considers this erroneous because the issue that had to be examined was not merely "physical proximity" or "specifics," but the substantial and concrete differences in Ntaganda's role in, and knowledge of, the scale and nature of the crimes during the two operations. It claims that Ntaganda had limited knowledge of and participation in the second operation where the most brutal crimes were committed, such as the murder of 49 people in Kobu town.

Accordingly, the defense argues that because the Kobu massacre is "the singular and unique killing event" Ntaganda was convicted of, involving the majority of murder victims in the case, it was incumbent on judges to squarely address Ntaganda's concrete degree of participation in it. "The absence of any concrete participation by Mr. Ntaganda in this mass killing event had to be considered in coming to a proper view of his culpability," the defense adds.

Additionally, defense lawyers say judges erred in finding that Ntaganda's participation in the second operation murders was enhanced by failing to punish the field commander and purportedly expressing approval for that commander's troops that committed the Kobu massacre and other murders. According to the defense, finding Ntaganda culpable for having failed to punish that commander without determining that Ntaganda had the capacity and opportunity to do so, was erroneous.

The highest sentences Ntaganda received for individual crimes were for murder and attempted murder (30 years) and persecution (30 years). Others were rape of civilians (28 years) and conscripting, enlisting and using children in armed conflict (18 years). For the rape of female child soldiers in FPLC, he received 17 years. In one of his grounds of appeal, Ntaganda claims judges "double-counted" the same factors in pronouncing an individual sentence of 30 years for persecution as a crime against humanity.

Tagged:
Copyright © 2020 International Justice Monitor. All rights reserved. Distributed by AllAfrica Global Media (allAfrica.com). To contact the copyright holder directly for corrections — or for permission to republish or make other authorized use of this material, click here.