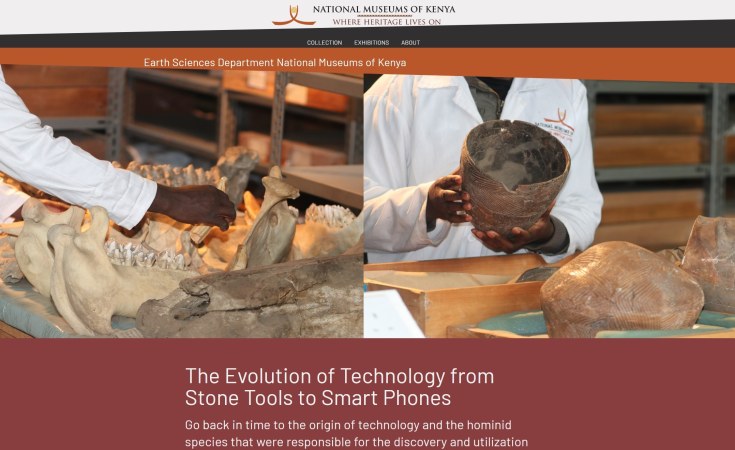 Over 10 million of Kenya's archaeological and paleontological collections will be available to all online after three American data service companies--Digital Divide Data, Amazon Web Services and Intel--digitised them.

Senior research scientist and head of the palaeontology section at the National Museums of Kenya Fredrick Kyalo Manthi said the interactive website will enable more people all over the world, especially the youth, to learn about Kenya's rich heritage and hopefully be inspired to discover more of the country's rich collection.

The project also saw 20 research assistants at the National Museums of Kenya and 30 students from various colleges get trained on using this technology.

The new digital format means that one does not need to physically go to the museum--the chief heritage custodial--to sample the country's archaeological and paleontological collections.

It is also meant to attract more researchers and tourists, as well as attract more interest in Kenya's artefacts, which include 2.5-million years of humankind's palaeontology cultural evolution and millions of fossils dating back to the Oligocene era from 2.3 million to 3.3 million years ago.

The project, which started in June 2017, involved digitising culturally and scientifically significant artefacts and fossil specimens and creating a digital archives platform as well as a virtual museum. The platform will be hosted on the AWS cloud.

The entire project involved three main components: Defining the ontologies for the collections, building the database and training personnel to enter information, and digitising and building the virtual museum website.

Archaeological and paleontological work in numerous sites in Kenya starting in the 1930s has yielded important records of global human origins.

The collection includes six million years of humankind's history and some of the best-preserved hominid specimens. Among the key attractions will be the 1.6-million-year-old fossil, named Nariokotome Boy, commonly known as Turkana Boy, which was found in 1984 by Kamoya Kimeu, who was part of a group of archaeologists led by Richard Leakey. The virtual exhibition can be accessed through nmkearthsciences.org.