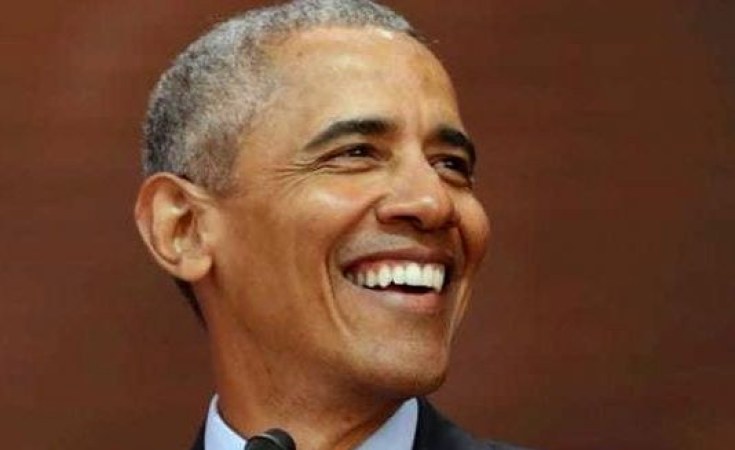 Sharing the list, Obama accompanied it with a caption that reads: "From hip-hop to country to The Boss, here are my songs of the year. If you're looking for something to keep you company on a long drive or help you turn up a workout, I hope there's a track or two in here that does the trick." Obama also recommended the songs on the list for those in need of some musical jams.

Among the songs featured on the list is 'Mood 4 Eva' by Beyonce, 'The Fact of Love' by Joe Henry, 'Not' by Big Thief and 'Go DJ' by Kaytranada. 'Middle Child' by J. Cole also made the cut alongside 'Redesigning Women,' a song by the Highwomen.

Although "Dumebi" and "Corny" are the more popular singles by the newcomer, with "Dumebi" being one of the year's biggest afropop tracks -- it is Rema's debut single that captured the hearts of The Obama's, who included "Iron Man" in their summer rotation.

According to Obama, it was a sampling of "what Michelle and I have been listening to -- some new, some old, some fast, some slow. Hope you enjoy.

We hope to record more wins as such in the coming year."

Rema has made a monumental imprint on Nigerian music this year, and as our artistes continue to gain traction overseas, it is no surprise that the wunderkind has caught the attention of many foreign consumers of afropop, including Obama.

For the self-acclaimed African giant - Damini Ogulu, aka Burna Boy - making Obama's list, it is no surprising following his roaring success in the year past having being nominated for the world Grammys Best World Music Album category.