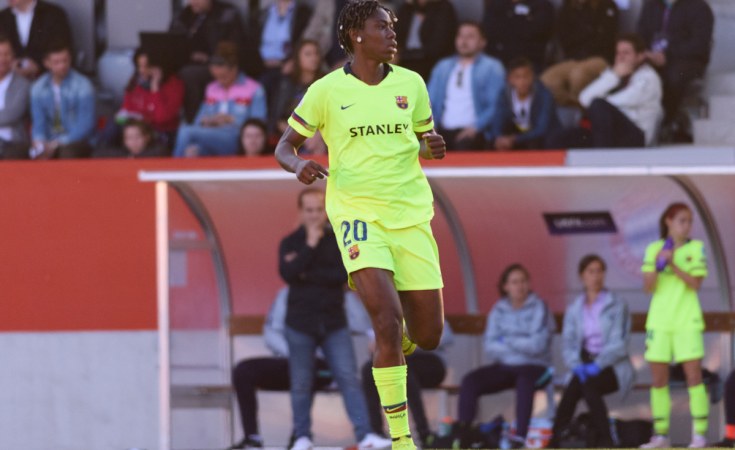 Senegal forward, Sadio Mane, has emerged as the 2019 Male African Player of the Year while Nigerian star, Asisat Oshoala, claimed the prize for the women category.

Mane saw off the competition from his club teammate, Mohamed Salah, and Manchester City star, Riyad Mahrez, to win his maiden individual award on the continent.

The Liverpool attacker has enjoyed a blistering year with his English club and his national team; powering the Teranga Lions to the final of the 2019 Africa Cup of Nations in Egypt, where they eventually lost to Algeria.

Narrowly missing out on the Premier League title last season, Mane with his 22 goals shared the Golden Boot with Salah and Gabon’s Pierre-Emerick Aubameyang.

For the women’s category, Oshoala who plays for Barcelona was voted as the continent’s best.

Surprisingly, however, no Nigerian player was In Africa’s best XI of the year, Mane is joined by Aubameyang and Salah in attack while Mahrez, Morocco’s Hakim Ziyech and Senegal’s Idrissa Gueye formed the midfield.

Also, Mahrez’s match-winning free-kick against Nigeria at AFCON 2019 semi-final was picked as the Goal of the Year while AFCON champions Algeria won Men’s Team of the Year with Cameroon’s Indomitable Lioness claiming the women’s prize.