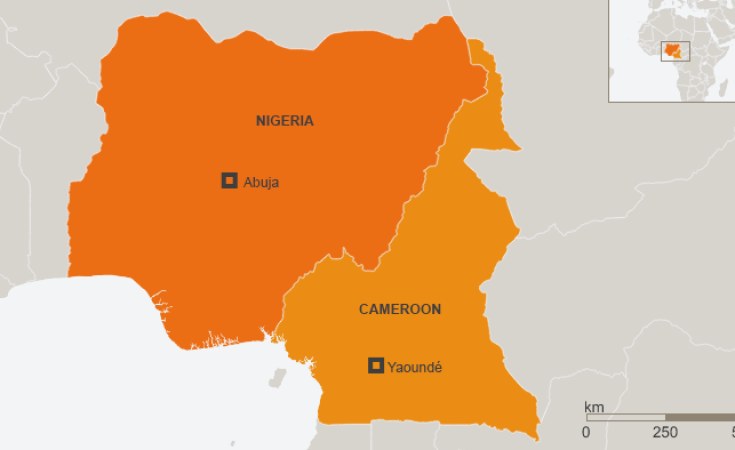 Yaounde — Cameroon says 10 Nigerians were killed Monday when a grenade exploded near a market on the two countries' border.   Authorities denied local media reports of suicide bombings and said the explosion was caused when a Nigerian boy found a grenade and was playing with it when it detonated.

The governor of Cameroon’s far north region, Midjiyawa Bakari, says Monday’s deadly explosion was on the El Beid bridge linking a border market that spans both Cameroon and Nigeria.

He says a Nigerian boy found a grenade and was playing with it when it detonated.

Bakari says the 10-year-old boy found the explosive device in a heap of debris near the bridge, which links the Cameroonian town of Fotokol to the Nigerian town of Gambarou.   The boy apparently thought the grenade was a piece of scrap iron that could be sold, he says, but the device exploded in his hands, killing the boy and eight other people on the spot and wounding 30 others.

Bakari said Cameroon’s military and rescue workers rushed the wounded to a hospital in Fotokol, where another victim died from wounds.

He said all those killed and 25 of the wounded were Nigerians while five were Cameroonians.

Local radio stations had reported that two female suicide bombers with the Islamist terrorist group Boko Haram were responsible for the explosion.

But Bakari dismissed the reports as unfounded and said Cameroonian officials have kept Nigerian authorities informed about their investigation.

The governor said they were probing the origin of the grenade and whether it was from a military or Boko Haram.

Cameroon’s military says it's been more than a year since it had large clashes with the terrorist group. But, abandoned weapons and explosives are sometimes recovered in areas of previous fighting.

He says the large presence of Cameroon’s military in border towns with Nigeria, in spite of falling attacks by Boko Haram, is to protect civilians — especially schools, markets, houses of worship, and popular places.   The military is detecting and rapidly destroying all dangerous objects left behind from years of fighting, says Guemo.

Eight Cameroonian soldiers were killed along the Nigerian border in February 2015 by a mine explosion.

The United States has helped train Cameroonian troops to detect and dismantle landmines and explosive devices.

In December, the militants — disguised as traders — attacked and killed at least 50 fishermen on an island on Lake Chad, which borders Cameroon and Chad.   At least 20 of those killed were Cameroonians.

The United Nations says Boko Haram’s 10-year insurgency has killed over 27,000 people in northeastern Nigeria alone, and displaced two million, while the conflict spilled across the border to Cameroon, Chad, and Niger. 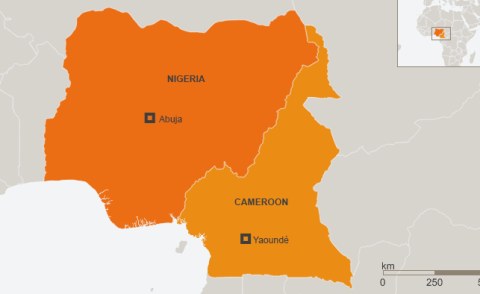 Nigeria Suffers Setback as Chad Withdraws Troops
Tagged:
Copyright © 2020 Voice of America. All rights reserved. Distributed by AllAfrica Global Media (allAfrica.com). To contact the copyright holder directly for corrections — or for permission to republish or make other authorized use of this material, click here.