North Africa: President Kais Saied - 'Situation in Libya Is Likely to Escalate, and Preparations for These Developments Must Be Adequate' 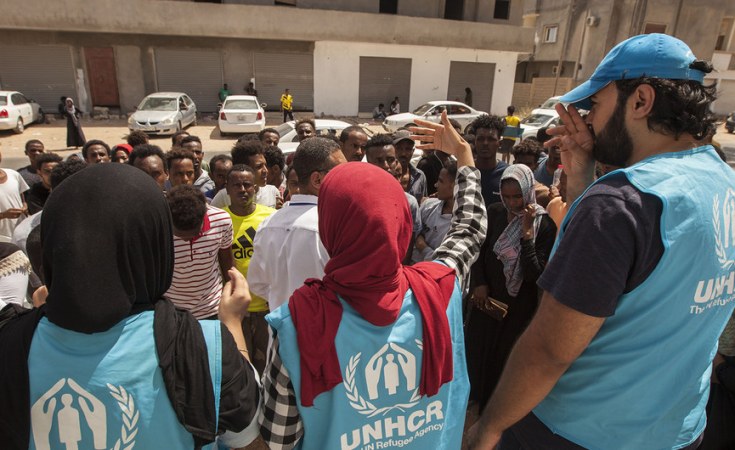 Tunis/Tunisia — President Kais Saied said, Tuesday evening at the Carthage Palace during the National Security Council, that "all indications show that the situation in Libya is likely to become more complex", stressing the need for national preparations for these possible developments to be "adequate".

Saied voiced the hope during the council's meeting devoted to the discussion of several issues, including the situation in southern Tunisia and on the eastern border, that the crisis would not degenerate into fighting inside Libya, but stressed that "all indications are that the situation is likely to become more complicated, especially in the light of foreign interference".

After recalling the efforts to resolve the Libyan problem peacefully, the President of the Republic stressed that the evolution of the "situation is not at the level of the efforts made, whether within the framework of the United Nations or through certain Western or Arab capitals, including Tunisia".

In his speech, posted on the official website of the Presidency of the Republic on social media, Saied referred to the possibility of an influx of refugees, be it from Libyan brothers or from other countries whose citizens reside in Libya as happened in 2011.

In this regard, he stressed the need to "be well prepared for all these developments, which are not only related to security and the possibility of a number of terrorists infiltrating the refugee population in Tunisia, but also to the repatriation of a number of foreigners, who could take refuge on Tunisian soil, as happened in 2011".

He stressed the need for other protagonists, in particular external countries or organisations, "to be at the level of developments in this phase, which is likely to escalate", announcing in this regard that a number of precautions have been taken.

However, he stressed, in this connection, the need to raise awareness in a number of countries to play their part, "as they are directly concerned by the possibility of a deterioration of the situation, particularly with regard to irregular migrants".

The President of the Republic pointed out that the approach that will be envisaged to deal with developments on the Libyan scene "will not be Tunisian, but it is necessary to involve a number of other organisations and capitals that will be concerned, whether by the possibility of an influx of refugees, or by the possibility of a number of terrorists infiltrating into Tunisia or from Tunisia to these countries".

The Head of State stressed the importance of coordinating actions at the regional level "so that certain obstacles do not arise or a number of problems that have not been taken into account do not appear in the meantime," indicating that the necessary security and military precautions have been taken to secure Tunisia's airspace and coasts, and to safeguard the country's sovereignty".

Previous Story
Tagged:
Copyright © 2020 Tunis Afrique Presse. All rights reserved. Distributed by AllAfrica Global Media (allAfrica.com). To contact the copyright holder directly for corrections — or for permission to republish or make other authorized use of this material, click here.