Africa: Does 1 in 4 Women in Africa Suffer From Depression? We Checked 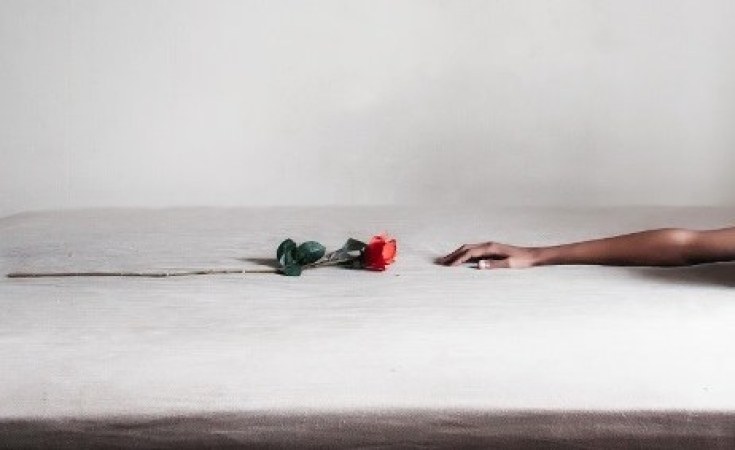 When Wenzile Madonsela Msimanga tweeted about the prevalence of depression among women in Africa, a number of Twitter users wanted to know where the statistic came from.

Msimanga , who has described herself as a mental-health advocate , is the daughter of former South African public protector Thuli Madonsela . She tweeted to her more than 10,000 Twitter followers during October, declared Mental Health Awareness Month by the South African government, that a quarter of African women are affected by the illness.

Is this claim based on credible research? We checked.

Msimanga pointed to a Forbes article as the source of her claim, but the article fails to shed light on the original source.

The article is about the work of StrongMinds, a non-profit organisation that “treats depression in African women, empowering them to lead more healthy, productive, and satisfying lives”. The organisation is based in the United States and operates in Uganda and Zambia .

StrongMinds has made the claim before that one in four women in Africa suffers from depression. ( Note: Msimanga used the word “affected” in her tweet. Based on the original claim made by StrongMinds, “affected by” is synonymous with “suffers from”. )

Jennifer Bass, marketing and communications manager for StrongMinds, said the one-in-four claim was in part based on door-to-door screenings conducted in 2017 in Uganda’s Mukono district , which found that 20% of women suffered from depression. The organisation uses the Patient Health Questionnaire-9 as a depression screening tool, she said.

Bass also sent Africa Check a copy of a pamphlet , seemingly from the Ugandan ministry of health . On the first page it says that “up to 3-4 persons out of every 10 persons in the community suffer from a depressive illness”.

But these numbers claim to apply to Uganda only, or a smaller part of the country, and the figure in the pamphlet is not for women specifically.

In 2015, StrongMinds hired a “ psychologist consultant” to do a literature review of prevalence rates in Uganda and sub-Saharan Africa. This was an “informal, internal exercise”, said Bass.

According to her, the review contained estimates for the prevalence of depression among women as high as 25%. But StrongMinds no longer has a copy of the report so we are unable to further interrogate this figure.

None of the sources provided by StrongMinds provides evidence for the claim that one in four women in Africa suffers from depression.

Neither Msimanga nor the author of the Forbes article responded to our questions about the primary source of the claim.

Prevalence refers to the share of a population with an illness or condition .

In 2017, the World Health Organization (WHO) estimated that 5.9% of women in its Africa region (one in 17) suffered from depressive disorders . This covers 47 African countries.

The rate was based on modelled prevalence estimates from the 2015 Global Burden of Disease Study (GBD), led by the Institute for Health Metrics and Evaluation (IHME) at the University of Washington in the US.

Asked why the WHO regarded the GBD as the best available source of data for this estimate, WHO communications officer Alison Brunier said the study is “ unique in its comprehensiveness and the methodological approach used to deal with inconsistencies in data”.

Dr Alize Ferrari , leads the mental disorders component of the Global Burden of Disease Study on behalf of the IHME. She said its prevalence estimates are based on a review of existing data.

The study’s researchers look for survey data that is representative of the population and that has estimates of measures such as prevalence and incidence (new cases of an illness). They apply the criteria for mental disorders provided in the Diagnostic and Statistical Manual of Mental Disorders or the International Classification of Diseases .

Data from individual studies is pooled to arrive at a weighted average . The study was last updated in 2017.

Modelled estimates indicate prevalence when raw survey data is not available, said Ferrari. “ The alternative would be to assume no cases of mental disorders in countries where there is no high-quality survey data available, which we don’t think is defensible.”

It is possible to under- or overestimate prevalence when using modelling , said Dr Florence Baingana, acting programme officer for mental health and substance abuse in the non-communicable diseases cluster of the WHO.

“However, considering how expensive it is to do a good prevalence study for one country, then replicate it for the 47 countries of the [WHO’s Africa] region, it would not be very cost-effective. That is why the IHME uses modelling, and they have been refining the different country contributions as the data becomes available. Each year, more and more actual survey data is included.”

She added that the estimates are “adequate for us to begin to plan interventions”.

Conclusion: Available data doesn’t support claim that one in four women in Africa suffers from depression

A South African Twitter user with more than 10,000 followers claimed that one in four women in Africa is affected by depression. The non-profit organisation that originally made the claim could not provide evidence to support it.

The latest available data estimates that about one in 23 women in Africa suffers from depression. We, therefore, rate the claim as incorrect.