Malawi: HRDC to Proceed With Demo Against Police-Perpetrated Rape in Msundwe 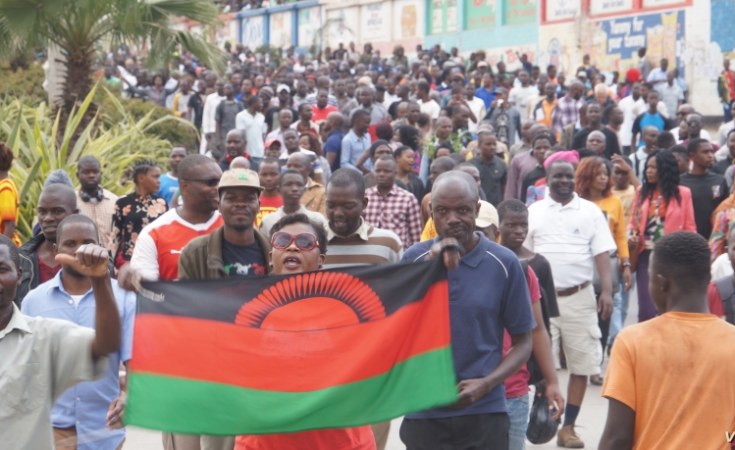 Human Rights Defenders Coalition (HRDC) has vowed to proceed with its planned demonstrations this Thursday to push for the arrest of the police officers alleged to have raped women in and around Msundwe area along the Lilongwe-Mchinji Road in October last year.

Mtambo: If police are not going to arrest suspects within their ranks, we are moving on with planned demonstrations on Thursday

HRDC officials said they would proceed with demonstrations to protest the police officers' suspected rape and other criminal acts in the area.

Human rights activist Timothy Mtambo, national chairperson of HRDC, whose organisation has held a series of mass demonstrations over the conduct of the May 21 Tripartite Elections, said Thursday's demonstrations will be called off only if the police arrest and start prosecuting the suspects.

"Our women experienced trauma which has never happened on earth. We are saying that if those police officers are not going to be arrested by Wednesday and if they are not going to be interdicted, we are moving on with planned demonstrations on Thursday," said Mtambo.

But police Deputy Inspector General (Administration) John Nyondo told a news conference on Tuesday that an internal police probe report was submitted to Acting IG Duncan Mwapasa and that a fresh probe is underway.

Said Nyondo: "The inquiry submitted findings to the acting Inspector General. But the findings were presented internally and they were not made public because we are doing further investigations. Management is keen to see that investigations are done to the logical conclusion."

In its report, tax-funded Malawi Human Rights Commission (MHRC) Msaid it established that police officers raped 13 women, defiled one girl and sexually-assaulted three under-18 girls during their October 8 2019 operation around the area.

Meanwhile, HRDC chairperson Mtambo has blamed police for not producing public reports on circumstances that led to the deaths of suspects such as Buleya Lule in police cell, as he was being tried in a case involving a person with albinism; third year Polytechnic engineering student and political activist Robert Chasowa and Anti-Corruption Bureau (ACB) director of corporate services Issah Njaunju, among other cases.

Malawi Police Accused of Rape, Torture of Women Protesters
Tagged:
Copyright © 2020 Nyasa Times. All rights reserved. Distributed by AllAfrica Global Media (allAfrica.com). To contact the copyright holder directly for corrections — or for permission to republish or make other authorized use of this material, click here.