South Sudan Hopeful As Combatants Troop to Centres for Integration 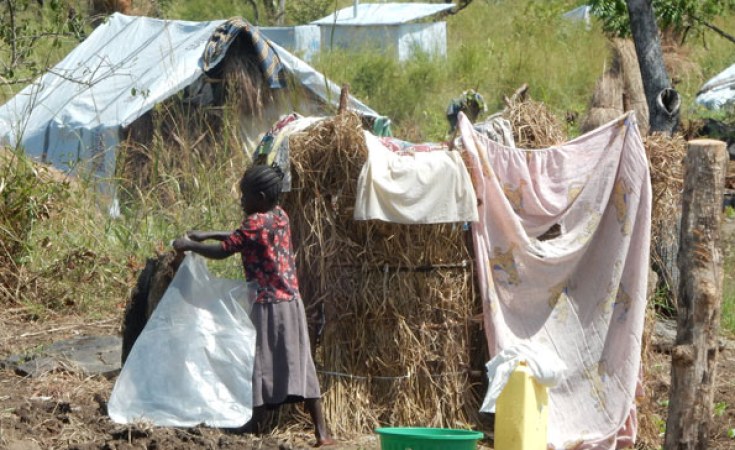 As South Sudan welcomes 2020, there is growing hope that the long-delayed transitional government will this time be realised by February.

On December 31, the Joint Military Ceasefire Commission transported government and opposition forces to a training centre in Masana Beera, Wau State. This a major development in the implementation of the security arrangements, one of the outstanding issues.

Gen Garang Akol, head of the Joint Transitional Security Committee, issued a statement saying that the committee will supervise the screening of the unified forces which comprise all peace partners and international peace monitors.

Preparations to train the unified forces came one month after the national government allocated $16.5 million for the security mechanisms to speed up the creation of unified forces, a key requirement of the 2018 peace deal.

They agreed to speed up implementation of the security arrangements and establish a humanitarian fund to assist internally displaced persons and refugees who will return home voluntarily.

The president added that the ceasefire will continue to hold as no one is willing to go back to war. Dr Machar said they have agreed to fast track the implementation of the security arrangements by moving the forces to the cantonment sites, training to mould them into a unified army.

Crawl back to peace

But the more contentious issues of the number of states remains pending with the government insisting maintain the 32 states or more, while Dr Machar's Sudan People's Liberation Movement in Opposition (SPLM-IO) has been pushing for the country to revert to the 10 states as per the 2015 peace agreement.

The stalemate over the number of states has prompted analysts to doubt whether the two rivals have overcome their mistrust of one another.

Allan Boswell, a senior South Sudan analyst at the International Crisis Group, said the South Sudanese hope the ceasefire holds for another year so that the country can begin its long crawl back towards peace.

"These hopes are tempered by the brutal fact that South Sudan remains led by the very leaders who brought the country through the horrific chapter of bloodshed and power squabbles," said Mr Boswell.

Mr Boswell said that if the two are able to form a unity government in 2020, then the country will need to prepare for divisive elections that will come after the transitional period.

"Even in a best-case scenario, South Sudan will take years to recover from this conflict and prevent a slide back into more fighting," he said.

President Kiir and Dr Machar agreed to moving forward on the implementation of activities of the Security arrangements; expedite the delivery of the necessary support to various cantonment sites and barracks and the transportation of the Necessary Unified Forces, National Security, National Police, and other organised forces to the training centres; agreed to establish a transparent and accountable Peace Support Fund for implementation of the activities of the pre-transitional and the transitional period.

Dr Cirino Hiteng, a member of the Former Detainees said that unless the parties compromise and the Transitional Government of National Unity be formed as per deadline, but without having implemented outstanding key issues on security and the number of states, "peace will remain a pipe dream in South Sudan."

Manawa Peter Gatkuoth, the deputy chairman, SPLM-IO National Committee for Information and Public Relations, said they are fully committed to implementing the peace agreement in letter and spirit, as the only way to attain peace in South Sudan.

Top U.S. Official Rebukes 'Selfish' South Sudan Leaders for Delay
Tagged:
Copyright © 2020 The East African. All rights reserved. Distributed by AllAfrica Global Media (allAfrica.com). To contact the copyright holder directly for corrections — or for permission to republish or make other authorized use of this material, click here.