Next month, lawyers for former Ivory Coast president Laurent Gbagbo will argue before International Criminal Court (ICC) judges the case for the release of the 74-year-old former head of state. Gbagbo was acquitted last February but remains on conditional release in Belgium pending determination of the prosecution's appeal of his acquittal.

Last October, defense lawyers requested appeals judges order the definitive release of Gbagbo. The defense wants judges to reconsider their February 1, 2019 ruling that imposed conditions on Gbagbo's release following his acquittal and order his immediate unconditional release. Before his release last year, Gbagbo had previously been in ICC detention since November 2011.

The Ivorian government, however, has informed judges that it opposes Gbagbo's unconditional release. In an October 25, 2019 filing by its lawyers Jean-Pierre Mignard and Jean-Paul Benoit, the Ivorian government asked for permission to submit written submissions explaining why it opposes Gbagbo's unconditional release. It stated that imposition of the conditions was fair and justified, which is why Gbagbo committed to respect the conditions at the time the Appeals Chamber issued them last February. The government sought to present its submissions under Rule 103 of the Rules of Procedure and Evidence - a request appeals judges have granted.

Rule 103 provides that, at any stage of the proceedings, if judges consider it desirable for the proper determination of the case, they may invite or grant leave to a state, organization, or person to submit, in writing or orally, any observation on any issue that the judges deem appropriate.

The defense argues that the Ivorian government is not qualified to make submissions under this rule. The prosecution and victims' lawyers have also opposed Gbagbo's unconditional release and made arguments similar to those cited by the West African country.

The Appeals Chamber has scheduled a hearing on February 6 to hear arguments on Gbagbo's release request and on the Ivorian government's submissions. The government has up to January 22 to file its detailed observations, and its representatives will also attend the hearing.

Gbagbo was charged over the violence that followed a 2010 presidential election, which he lost. Prosecutors charged that he, along with Charles Blé Goudé, his former minister for sports and youth, committed crimes against humanity, namelymurder, rape, attempted murder, and persecution, between December 2010 and April 2011.

However, last January Trial Chamber I acquitted Gbagbo and Blé Goudé after determining that there was no need for the defense to present its evidence because the prosecution had failed to satisfy the burden of proof in relation to several core elements of the case.

According to the defense, since the Ivorian government is not a party or participant in the case, it has no legal capacity to intervene at any stage of the proceedings. The defense argues that Rule 108 requires those seeking to make amicus curiae submissions to cite their particular expertise that would assist judges in a neutral manner, but the Ivorian government did not specify any legal point it aimed to discuss and on which its representatives have particular expertise.

The conditions imposed on the duo include release to a country in Europe near The Hague to facilitate their continued attendance at trial, requiring them to provide their addresses and contact information, not moving from these addresses or to other countries without the court's authorization, and surrender of their passports. Furthermore, they were ordered not to make any contact with any prosecution witnesses or anybody interviewed in ongoing investigations in Ivory Coast, and not to make any public statements concerning the case.

Defense lawyers say imposing conditions on Gbagbo's release was erroneous as it lacked a legal basis. They fault judges for terming Gbagbo a flight risk without providing information to support that position. In the finding on Gbagbo's flight risk, the Appeals Chamber said it relied on "the numerous decisions in the present case in which it was determined that the seriousness of the charges with the resulting potential high sentence, the existence of a network of supporters and the means available to Mr. Gbagbo constitute incentives to abscond."

According to the defense, the imposed conditions have denied Gbagbo his right to free movement and to live in a country of his choice, the right to express himself and to participate in political processes, including "participating in one way or another" in an upcoming presidential election in his home country.

The defense also argues that because the prosecution is appealing the acquittal, Gbagbo will continue to be deprived of his rights pending a ruling on that appeal. However, the prosecution says this is not a changed circumstance that warrants a review of the release conditions.

Meanwhile, the prosecution says the defense failed to substantiate any circumstance justifying review of the conditional release. It adds that, rather than depriving Gbagbo of his fundamental human rights to a significant degree amounting to an attack on his dignity, the release conditions were carefully balanced with his rights and proportionately tailored to mitigate the risks the chamber identified.

Victims' lawyers concur with the prosecution and also note that other international criminal tribunals, such as the International Criminal Tribunal for Rwanda (ICTR), previously imposed conditional release on acquitted persons, pending an appeal.

Gbagbo-Blé Goudé Trial - the Latest Decisions of the Appeals Chamber 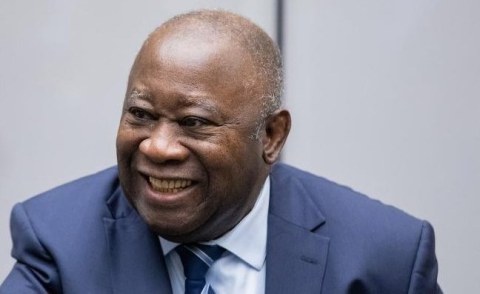 Hague Court Upholds Acquittal of Former Cote d'Ivoire President
Tagged:
Copyright © 2020 International Justice Monitor. All rights reserved. Distributed by AllAfrica Global Media (allAfrica.com). To contact the copyright holder directly for corrections — or for permission to republish or make other authorized use of this material, click here.