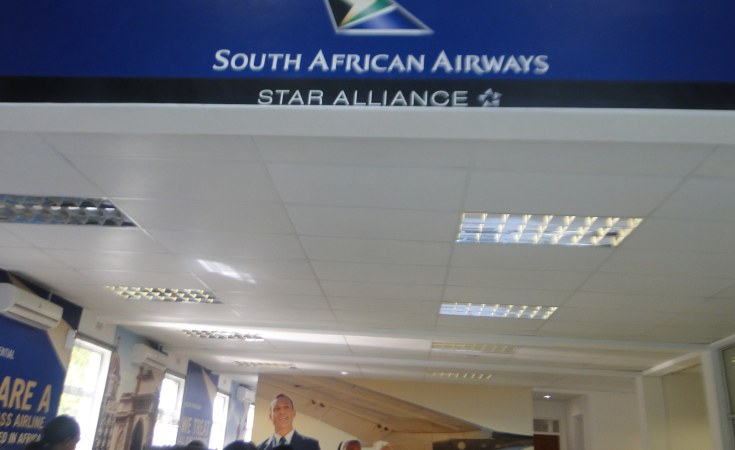 South African Airways (SAA) has been ordered by Zimbabwean High Court judge Ephraim Tagu to pay the country's Environment, Water and Climate Ministry a total of US$877 435 in meteorological weather fees.

The judgment comes after a six-year legal battle during which SAA was challenging the claim.

The claim was made by Oppah Muchinguri Kashiri during her time as minister.

According to court papers, sometime in 2014, Muchinguri-Kashiri approached the High Court demanding payment of the fees from SAA after the latter had been using the Robert Gabriel Mugabe International Airport and the Victoria Falls Airport without paying the fees since 2006.

But when the airliner received the summons, it vowed it would not pay the amount since there was nothing at law called "meteorological weather fees".

SAA further accused the ministry and the Civil Aviation Authority of Zimbabwe (CAAZ) of duplicating roles and failing to communicate with each other, resulting in what it termed "confusion".

However, in its response to SAA averments and after being joined as a party to the lawsuit, CAAZ said the SAA was at law liable to paying the demanded fees and dismissed claims that it had duplicated roles with the concerned ministry.

In his determination, Justice Tagu said there was nothing wrong in the ministry seeking to claim what was owed to CAAZ by the airliner.

"It is common cause that at the time the Meteorological Services Act was promulgated, it was administered by the Minister of Transport and Communications.

"The administration of the Act was assigned to the Minister of Environment, Water and Climate, the plaintiff (Muchinguri-Kashiri) was on February 7, 2014 by virtue of Statutory Instrument (SI) 29 of 2014. The first defendant (SAA) averred that the plaintiff can only properly claim payment for fees raised after February 7, 2014," the judge said.

Tagu further ruled, "I however, tend to disagree with this reasoning. My belief is that once someone has been assigned to administer any Statute, or a department, and finds that at the time of his or her takeover, that department is owed some money which debt was accrued before the takeover.

"There is nothing wrong for that person to take action to recover the debt owed before his or her takeover.

"I therefore find that the plaintiff can perfectly claim for fees due to the department she took over before her assignment."

The judge then ordered the airline to pay US$877 435 being the outstanding meteorological weather services fees for the period January 2006 to April 30, 2014.

He also ordered the airline to pay all and further outstanding meteorological weather services fees from May 1, 2014 to date of final payment.

Dangote Commences Pre-Testing of $2bn Fertilizer Plant Ahead of Inauguration

Nigeria Slips Back into Recession as Covid-19 Bites
Tagged:
Copyright © 2020 New Zimbabwe. All rights reserved. Distributed by AllAfrica Global Media (allAfrica.com). To contact the copyright holder directly for corrections — or for permission to republish or make other authorized use of this material, click here.