South Africa: The People the ANC Left Behind 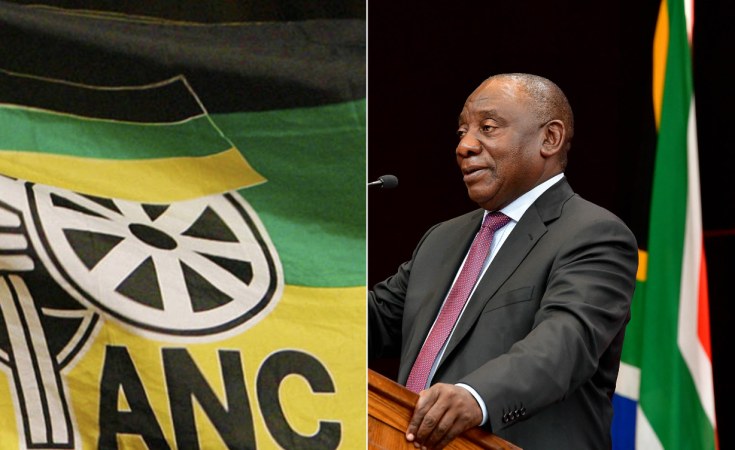 Despairing of help from the ruling party on the eve of its 108th birthday celebrations, Platfontein residents have called for the president to implement the Traditional and Khoi-San Leadership Act.

In Native Life in South Africa, Sol Plaatje wrote: "Awakening on Friday morning, 20 June 1913, the South African Native found himself, not actually a slave, but a pariah in the land of his birth." This is what has happened to the Khoi-San people in Platfontein near Kimberley in the Northern Cape.

On Saturday 11 January 2020, ANC President Cyril Ramaphosa will deliver the party's birthday speech at the Tafel Lager Park stadium in Kimberley. In his speech, Ramaphosa is expected to give direction on job creation, housing, gender-based violence and investor confidence. Members of the ANC top six are driving mass mobilisation activities aimed at getting supporters to fill the 11 000-seater stadium.

About 15km from the venue is Platfontein, where locals, picking at the crumbs of democracy in RDP houses with old "bag toilets" (portable toilets), are calling for the urgent implementation of the Traditional and Khoi-San Leadership Act and for the president to visit and witness their bleak existence.

The residents of Platfontein say that if the act is implemented, the budget allocated to the House of Traditional Leaders will assist them in creating jobs and deliver them from poverty. Many who live here feel the ANC has failed them and that they need representatives who will preserve their traditions and advocate for their language to be made one of the official 11, before it dies out completely.

The act, which was signed into law in November, proposes to recognise all legitimate Khoi-San communities. No commencement date has been announced.

!Xun and Khwe communities were relocated to Platfontein from Schmidtsdrift in 2003. Originally from the northern parts of Namibia and Angola, people in this area battle with urbanisation. The 8 000-strong group is ravaged by alcoholism and drinking spots dot the area.

Critics fear the act lauded by Khoi-San leaders will bring back apartheid-era Bantustans. Last year, the Alliance for Rural Democracy and its partners under the Stop the Bantustan Bills campaign appealed to the president not to sign the act. At the same time, the Land and Accountability Research Centre (Larc) released a statement saying that the act poses a serious threat to rural democracy for South Africa's rural citizens in the former Bantustans.

"The Traditional and Khoi-San Leadership Bill will give traditional leaders undemocratic powers that are undue both in terms of customary law and the Constitution and will affect over 17 million people that live in the former Bantustans. Clause 24 of the Bill will allow traditional councils to enter into partnerships or agreements with third parties without obtaining the consent of the community whose land rights will be affected by such deals. This poses a serious danger to citizenship and property rights of those living in rural areas under the jurisdiction of traditional leaders," the Larc statement read.

Traces of the military histories of these residents can be seen in the battered army tents pitched in some of the yards. The !Xun and the Khwe were first militarised by the Portuguese army during the Angolan War of Independence. When the People's Movement for the Liberation of Angola assumed power in November 1975, many joined the South African Defence Force (SADF).

In the SADF, Khoi-San soldiers were part of 31 Battalion, fighting at a base called Omega in the Western Caprivi, the Zambezi region of Namibia. When the battalion was disbanded, the SADF relocated about 4 000 !Xun and Khwe men, women and children from the Omega base to Mangetti Dune in Bushmanland, Namibia, and then to Schmidtsdrift. A land claim by the Tswana ethnic group Batlaping led to their relocation to Platfontein.

A member of the !Xun and Khwe Communal Property Association, Nepa Katombera, described Platfontein as an "island on its own". Like former president Thabo Mbeki, Katombera will snub the ANC's birthday celebrations to protest against the ill-treatment of his people. "They don't treat us like humans."

Katombera added that none of the presidents of the country had ever set foot in Platfontein.

Part of the birthday celebrations commemorated the first secretary of the ANC, Solomon Tshekisho Plaatje. On 8 January, Ramaphosa laid a wreath at Plaatje's grave to honour the stalwart. Katombera hopes Plaatje's efforts to dismantle the Natives Land Act of 1913 will encourage the president to address the plight of the Khoi-San people and right the wrongs of past administrations.

Katombera lives with his wife and two children in an RDP house divided up by red curtains. A wheelchair user, Katombera said the government did not consider people with disabilities when constructing the houses.

Pointing to bunches of katollo, a leafy green edible plant originally from Namibia, the community leader said planting the vegetable is another way of holding on to his roots. The plant is usually mixed with traditional Khoi-San meat dishes.

Regina Dikuwa, 21, plans to board one of the two buses expected to shuttle people to the birthday celebrations. A first-time voter, Dikuwa lives in an immaculate shack on the fringes of the area.

"The biggest problem in the community is joblessness and alcohol. There is no money and jobs, so they drink," she said, pointing to the overflowing taverns near her home. By 10am, several youngsters were already drunk.

Dikuwa, a matriculant from !Xunkhwesa Combined School, dreams of becoming a medical doctor but says her family can't afford tuition fees. For now, she remains unemployed.

About 100km from Dikuwa's home, Justin Moshweu, 20, is hoping to get a job in the mining or agricultural sector.

Moshweu did not pass his 2019 final matric exam and now faces the grim prospect of taking care of his unemployed mother in the small farming town of Douglas. With both the mining and farming industries shedding jobs, Moshweu's chances of finding work look slim.

Like Dikuwa, Moshweu wants "to hear what the ANC wants to do for the future for the country".

Moshweu's neighbour in the Selfbou shack settlement on the edge of Bongani Township in Douglas is Anna Adams, 57. Adams points to a nearby field that the residents use as a toilet. With no electricity in the area, going to the field at night is dangerous.

Selfbou is a reminder of the litter of small towns and shack settlements in South Africa that are still waiting for the basic rights that propelled Plaatje and stalwarts such as John Dube to form the ANC in 1912 in Bloemfontein.

Two water taps at the entrance to the settlement serve more than 400 homes. Like most of the residents, Adams relies heavily on her pension grant for survival.

But it is the newlyweds living next to the town's notorious dumping site, Klaas Namaqua, 69, and Lena Namaqua, 61, whose love endures the harshest of realities faced by the inhabitants of the Braipaal shack settlement.

With no water, electricity or sanitation, the couple said their six-year stay in the area has not been easy. "What else are we going to do? Life has to go on." The couple will join the throng of supporters heading to the birthday celebrations.

While the ANC will celebrate retaining its majority status, Ramaphosa has emphasised the importance of serving South Africans. It has not been easy.

With both Ramaphosa's supporters and those of former president Jacob Zuma fighting for survival, it remains to be seen if current secretary general Ace Magashule will revive a party rich with struggle credentials.

Perhaps Katombera and his people will one day get redress and see the fruit of Plaatje's tireless endeavours for equality.

ANC Will Continue to Unite the Country - Ramaphosa