South Africa: ANC Will Continue to Unite the Country - Ramaphosa 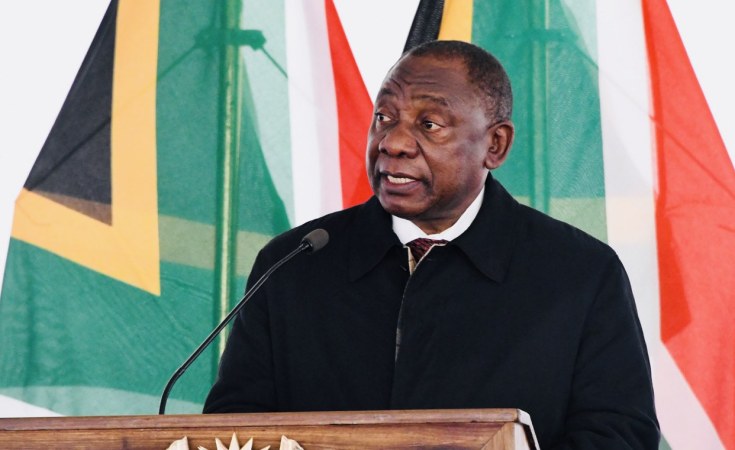 President Cyril Ramaphosa will on Saturday deliver the ANC's January 8 statement, paving the way for his government's plans and State of the Nation address set for next month.

The January 8 statement is a long-standing tradition marking the ANC's birthday.

This year the 108th birthday celebrations take place in Kimberley.

While this particular gathering has been overshadowed by numerous challenges South Africa faces - including Eskom's load shedding crisis, rising unemployment, an ailing economy and lack of service delivery - the president has said the ANC would still deliver a message of hope for both the political party he leads and the nation.

"Hoping that hope will be infused in the hearts and the minds of our people... The ANC will be able to tell our people tomorrow that we will continue to unite our country and our movement and that we will renew our commitment to radical economic growth," Ramaphosa said during the party's fundraising gala dinner on Friday evening.

While the January 8 statement would touch on the ANC's successes, it would also detail the priorities the party has laid out for the country this year, he added.

It is expected the president will take a page from his 2019 address, focusing on jobs and ways to reignite South Africa's ailing economy.

Despite promises and efforts to turn the country's fortunes, the economy has further contracted and more jobs have been shed, with South Africa's unemployment rate reaching 29.1%.

Ramaphosa, who did not attend any of his engagements on Friday morning, has spent most of the week meeting with communities around the Sol Plaatje municipality.

He said it was clear from the interactions that people still loved and had a great deal of trust in the ANC.

Previous Story
Ramaphosa Speaks About Eskom, Land During ANC's 108 Celebration
Next Story
The People the ANC Left Behind

The People the ANC Left Behind