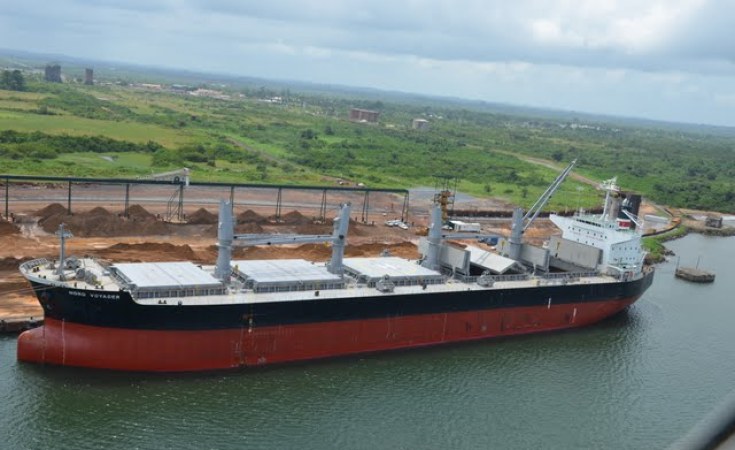 Monrovia — Authorities of the Environmental Protection Agency of Liberia (EPA) have averted what could have been a serious public health threat when they seized a shipment of hazardous waste smuggled into Liberia from Greece.

Republic Waste Services, a Liberian registered firm smuggled the dangerous chemicals into the country in violation of Section 55 (1) of the Environmental Protection and Management Law (EMPL) of Liberia, which prohibits the illegal importation into Liberia of any hazardous waste or substance.

The four 40-foot containers, which were seized following a tip-off from the Anti-

Smuggling Unit at the Liberia Revenue Authority (LRA) has been quarantined at the Freeport of Monrovia.

"On January 2, 2020, the anti-smuggling unit of the LRA, while inspecting shipments at the Freeport of Monrovia, observed an unusually foul odor oozing from a consignment of polyethylene bags and suspecting that the bags could contain hazardous chemicals smuggled into Liberia, the anti-smuggling unit immediately notified the EPA to launch an investigation into the content of the shipment," a release from the EPA said.

EPA Executive Director and CEO, Dr. Nathaniel T. Blama, Sr. told a news conference on Friday, January 10, 2020 that following initial investigations, a team of technicians from the EPA was, on January 7, 2020, dispatched to the Freeport of Monrovia to collect and analyze the contents of the four 40 foot containers.

"The team arrived at the port and, in the presence of the consignee and LRA anti-smuggling officers, collected samples from all four containers. The samples were transported to the Environmental Research and Standards Laboratory in Sinkor for Qualitative Analysis consistent with standard analytical protocols," he said.

"Moreover, physical examination of the bags revealed a list of cautions to 'would-be-waste-handlers' with one clearly stating that bags are potential sources of environmental contamination and should be handled and discarded according to the law and regulation," he explained.

Interestingly, the EPA boss said Greece environmental and ecological law forbids the recycling of such bags in their country because of the risk posed to the environment and human health.

The consignor, in our view, sought a safe dumping ground under the pretense of selling recyclables; unfortunately, the dumping ground, in this case, was Liberia, the EPA Executive Director said.

As a deterrence, the EPA has ordered, with immediate effect, the repatriation of all four containers to the consignor (Stayropoulou Dimitra) in Greece.

Section 55 (5) of the EPML maintains that any person who imports hazardous waste or substances into Liberia shall be responsible for removal of the waste from Liberia and for its safe disposal.

The focal person of the Basel and Bamako Conventions on the Control of Transboundary Movements of Hazardous Wastes at the EPA has also been mandated by the agency to communicate with his Greek counterpart and the convention headquarters in Geneva, Switzerland to guide the repatriation process.

The EPA has lauded the staff of the Anti-Smuggling Unit of LRA and the custom officers for the prompt alert.

The EPA remains committed to work with all stakeholders, both public and private, to ensure that Liberia remains a forbidden destination for toxic trade. 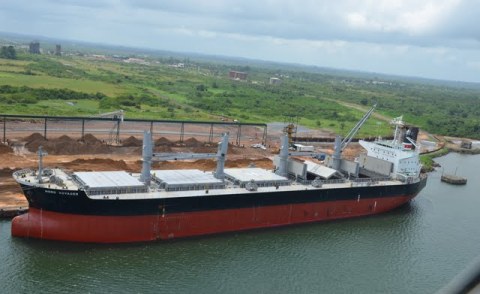 Liberia Repatriates Four Containers of Hazardous Chemicals
Tagged:
Copyright © 2020 FrontPageAfrica. All rights reserved. Distributed by AllAfrica Global Media (allAfrica.com). To contact the copyright holder directly for corrections — or for permission to republish or make other authorized use of this material, click here.