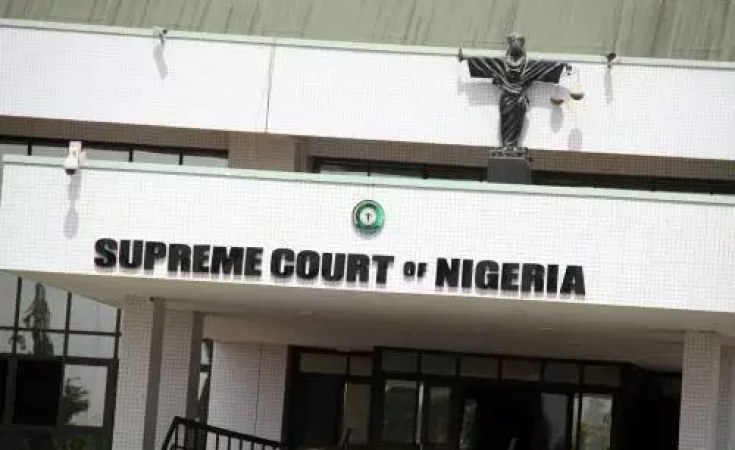 The Supreme Court will today hear the appeals challenging the elections of governors Umar Ganduje of Kano State, Waziri Tambuwal of Sokoto State and Emeka Ihedioha of Imo State.

Sources informed Daily Trust that the appeals and cross appeals will be argued conclusively before the panel of the Supreme Court, adding that judgment date would be fixed immediately after the hearings.

The appeals are part of the seven outstanding governorship appeals before the apex court. The others are the appeal against Governors Ahmadu Fintiri of Adamawa State; Bala Mohammed of Bauchi; Samuel Ortom or Benue; Simon Lalong of Plateau State.

Governor Ganduje's election is being challenged by Abba Kabiru Yusuf (PDP) who is contending that he was winning the election in majority of the local governments in Kano before it was declared inconclusive and a rerun ordered by the Independent National Electoral Commission (INEC). He also alleged widespread irregularities in the March 23 rerun election in the state.

In Sokoto, APC's Ahmed Aliyu is challenging the election of Governor Aminu Tambuwal. He is alleging over voting and other irregularities in the election. Aliyu polled 511, 661 votes against 512,002 votes by Tambuwal after conclusion of collation in the rerun.

Governor Emeka Ihedioha's election is being challenged by the APC candidate, Hope Uzodimma, the Action Alliance (AA) candidate, Uche Nwosu and the candidate of the All Progressives Grand Alliance (APGA) Ifeanyi Ararume. Although the allegations of irregularities in the election by the AA and APGA against Ihedioha were dismissed by the Court of Appeal, there was a dissenting judgment in favour of Uzodimma's appeal.

Supreme Court Rulings on Nigerian Governors Trickle In
Tagged:
Copyright © 2020 Daily Trust. All rights reserved. Distributed by AllAfrica Global Media (allAfrica.com). To contact the copyright holder directly for corrections — or for permission to republish or make other authorized use of this material, click here.