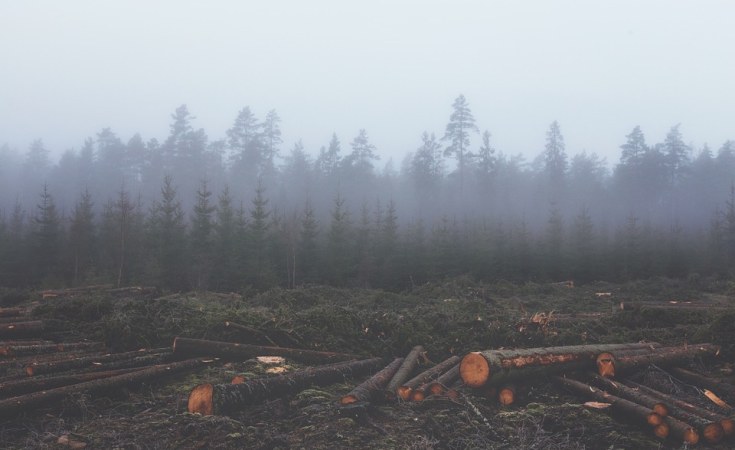 A species of migratory falcon named after a Sardinian judge who protected it 700 years ago is under threat by deforestation on the African island of Madagascar, new research suggests.

The Eleonora's Falcon, named after the 14th century Sardinian judge Eleonora of Arborea, migrates around 7,000 kilometres from Sardinia and other islands in the Mediterranean to Madagascar during the northern hemisphere's winter.

But in Madagascar, deforestation from slash-and-burn agriculture is threatening the evergreen forests where the falcons hunt and feed.

"Unfortunately, Madagascar lost more than 20 percent of its tree cover from 2000 until today, and the prediction is that humid forest will eventually remain on just the higher mountain ranges," said Thomas Hadjikyriakou, lead author of a new study on the Eleonora's falcon published in the journal, Landscape Ecology.

Starting in 2009, Hadjikyriakou and his fellow researchers attached light-weight transmitters to 22 falcons captured in Cyprus and on several Greek islands. They followed their journeys to and from Madagascar, and - in the first study of its kind for this species - the daily and hourly movements were logged in northern and eastern Madagascar.

The data obtained by the remote tracking devices was verified by teams of fieldworkers in Madagascar.

The research reveals that while the falcons do manage to live and feed in some degraded landscapes, they ultimately depend on undisturbed forests for a rich source of food.

"Despite their occurrence in more open areas, foraging tends to be in more forested areas compared to resting and roosting, further supporting their reliance on humid forests," Hadjikyriakou tells RFI.

Eleonora's falcons are classified as being of "least concern" by the International Union for the Conservation of Nature, which keeps a Red List of threatened species.

Researchers in the falcons' breeding grounds say the population is increasing. But a reassessment of the birds' status may be necessary considering the latest research findings, says Hadjikyriakou.

The scientists describe the falcons as "one of the most ecologically finely-tuned". On the islands of the Mediterranean, the raptors delay their breeding season to coincide with the passage of migratory birds over the Mediterranean.

The falcons hunt and feed their chicks on these migrants, before they themselves leave for Africa.

In Madagascar, they switch their diet to insects.

Hadjikyriakou and his team found that Eleonora's falcons spend around 3.5 hours per day hunting in Madagascar.

It's not clear if more time and energy spent doing this in deforested landscapes with fewer insects will threaten the birds' ability to complete their journey back to the Mediterranean.

"We do not have data to support this," notes Hadjikyriakou. "But fuelling sufficiently before the onset of such long migration journeys is critical for their survival, especially when crossing extensive ecological barriers such as desert environments which do not provide any feeding opportunities."

The authors of the study encourage further research into the hourly and daily activities of the falcons in Madagascar's changing landscape.

With conservation of Eleonora's falcons dating back to 1392, when Eleanora of the Sardinian kingdom of Arborea granted an order protecting falcons' nests from illegal hunters, similar intervention is needed now to protect the birds on their African island.