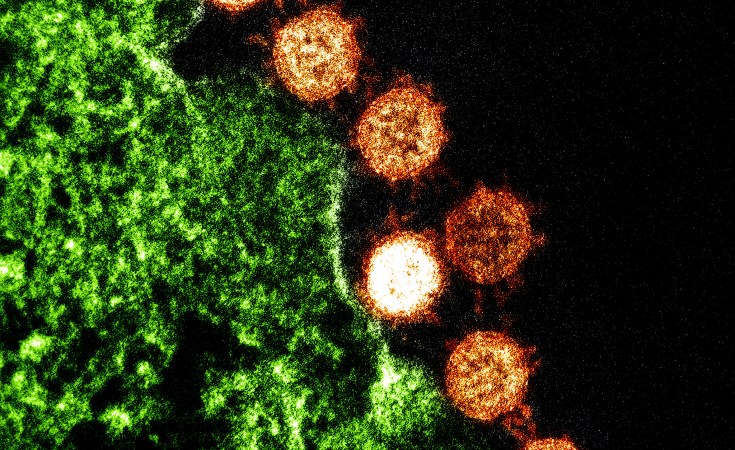 Photo: NIAID/Flickr
A colorized transmission electron micrograph of Severe Acute Respiratory Syndrome (Sars) virus particles (orange) found near the periphery of an infected cell (green). Image captured and color-enhanced at the NIAID Integrated Research Facility. The January 2020 coronavirus in China is reported to come from the family of viruses that gave rise to Sars.
The East African (Nairobi)
By Verah Okeyo

It was a tumultuous year, research scientists say of 2019, as they point to cholera that swept through Mozambique, threatening the population just as the protracted Ebola crisis hit the Democratic Republic of Congo.

Cholera has also been a challenge in Kenya, Uganda and Tanzania and these diseases, the researchers say, were a wake-up call for East Africa.

Now, they predict that cancers, emerging and re-emerging infections and climate change are going to be the biggest focus of the global health community in 2020.

Cancer has shaken the region due to the high rate of new cases and deaths from it. A Harvard School of Public Health paper published in the journal Science reported that cancer deaths are nearly three times more in developing countries than in high-income countries.

Sam Kariuki, a professor of microbiology and senior researcher at Kenya Medical Research Institute (Kemri), said these high numbers and the deaths of high profile people have pushed governments to invest in cancer research.

Prof Kariuki made reference to the government-funded cancer centres in Kenya and Uganda.

Tanzania, which records about 21,000 cancer deaths annually, only has two cancer hospitals.

Prof Kariuki, who also heads research and development at Kemri, said Kenya's Ministry of Health in partnership with the institute is likely to launch a national surveillance registry that will analyse data collected for more than 10 years to map cancer hotspots in the country.

Since 2013, Kenya has bought cancer equipment as part of the Managed Equipment Service (MES), which are then installed in high traffic hospitals in the counties.

Andrew Odhiambo, an oncologist and lecturer at the school of medicine at the University of Nairobi, said that more research was needed to guide clinical and public health decisions in the country.

The research would go beyond collection of data to specific treatment.

Still on research, Francis Makokha, a cancer researcher at the Mount Kenya University, said doctors would no longer refer to research done on African Americans to make clinical decisions.

"A study on the Nigerian population demonstrated a different mutational pattern from that observed in African Americans, suggesting differences in heredity and environmental factors that increase the risk of cancer and this also showed that cancer risks at a genetic level could be based on region, population or race," said Dr Makokha.

He made reference to "precision medicine," where patients are treated based on the genetic mutations they possess rather than a generalised treatment as has been the practice.

While acting as the head of Labs at Africa's Centres for Disease Control and Prevention between 2004 and 2010, Kariuki Njenga and his colleagues responded to disease outbreaks on many occasions.

From haemorrhagic fevers like Ebola and Rift Valley Fever to malaise-inducing Brucellosis. Prof Njenga said he wished there was a way he and his colleagues could intervene by trying some of the diagnostics, vaccines or drugs to treat the outbreak.

The WHO reports that 47 (out of 54) African countries (87 per cent) have reported emerging and re-emerging infectious diseases since 1997.

This has put scientists in Africa between a rock and a hard place because they are ill prepared.

Emerging infections are diseases whose spread was previously unknown to researchers and whose incidence were down but are now coming back deadlier and much harder to contain. They include Ebola, highly pathogenic avian influenza (HPAI)--H5N1, H5N8 and H7N9--and Middle East respiratory syndrome coronavirus (MERS-CoV).

Most of these diseases are zoonotic, spreading from animals to humans.

A professor of epidemiology and virology at Washington State University and his team already found that the dromedary camels in North Eastern Kenya were already exposed to MERS-CoV and they would not know when it would spread humans, or what would trigger it.

The Ebola outbreak had killed 2,200 people by November in 2019 in the DR Congo. In November 11, 2019, the European Commission granted marketing authorisation to Merck's vaccine Ervebo to be used on people as the virus swept through the DR Congo.

Carrying out vaccination in the middle of an outbreak is often challenging, but presents the best opportunity for the researchers to study the pathogen and how it adapts to the environment to cause the disease.

Prof Njenga predicts that East Africa is likely to embrace this bold move during outbreaks. Due to the zoonotic nature of these disease, Prof Anzala, the director of KAVI Institute of Clinical Research at the University of Nairobi predicts increased collaboration between human and veterinary health in tackling these diseases.

While it's true that the world is becoming warmer, Mark Nanyingi, a research associate at the Faculty of Liverpool, is not worried about the heat as much as how it will change the patterns of the way diseases will spread.

In February last year, Olkalau in Kenya's cold central region experienced an outbreak of Rift Valley Fever. This was an unusual place to report this disease in cattle when compared with the arid Northern parts of Kenya such as Garissa where the disease is common.

Dr Nanyingih, an infectious diseases epidemiologist and researcher from Liverpool University was slow to peg the Rift Valley Fever infections in Olkalau to the rise in temperatures, but he did not rule it out.

Research is already showing diseases such as malaria are found in areas that normally would not have been found. While malaria transmission has been associated with the endemic zones, Kenya's National Malaria Strategy notes that increasing temperatures and changes in the rain patterns associated with climate change are likely to lead to an increase in areas suitable for mosquito breeding and malaria transmission.

The United Nations-backed Intergovernmental Panel on Climate Change estimated that countries in the equatorial belt, such as Uganda, Kenya and Cameroon, will experience an increase in temperature by an approximately 1.4° Celsius.

This, Dr Nanyingi says, is revising weather patterns making it possible for disease-causing vectors such as mosquitoes to make a home in places that were previously uninhabitable for them.

At 20° Celsius, the malaria parasite takes 26 days to develop, while at 25° Celsius it takes 13 days. Moreover, at these optimal temperatures, mosquitoes mature, bite and transmit malaria faster.

Aedes mosquitoes which transmits dengue fever and yellow fever have a wider range, but rarely convey the virus in colder places that fall below 10° Celsius.

In February 2019, the London School of Economics and Political Science came under criticism for advertising a research in Africa job based at the institution

Many African researchers questioned why the academic position for a Network for African Health Systems and Policies could not be in Africa where research on health systems was already established.

Kenneth Munge, a health systems expert, took offence at the clamour for the LSE to "identify" a new network when there were many existing ones in Africa.

These conversations also came up as universities such as Oxford raised concern over African researchers often being denied visas to meet with their UK counterparts in research collaborations.

According to the Director of Science at Tanzania's Ifakara Health Institute, Fredros Okumu, in 2020 researchers in Africa will become even more cognisant of the "colonial" biases that have been perpetuated and in some cases "normalised."

"I hope that a new normal starts to emerge regarding decision making, resource allocation and accountability and this will require that our scientists take greater control of the agenda," said Dr Okumu.

He encouraged African governments and the private sector to invest in research, so they can be apportioned to their rightful segment of the international "cake" "commensurate to its contribution to the global growth" and produce the proverbial "critical mass of researchers" that the continent needs.

The push to decolonise research may have reached the ears of a major funder in Africa, K-based Wellcome Trust.

In 2016, the Wellcome Trust handed over two major research programmes to the African Academy of Sciences' platform, Alliance for Accelerating Excellence in Science in Africa: Deltas Africa, which was then worth $79 million; and H3Africa, a genomics programme established in 2012.

In 2017, Deltas funded the first 11 research consortia whose focus was not only research, but also training researchers with affirmative action for increasing women and minorities in research. Deltas has just made its second call for applications from African researchers.eds.

Thomas Kariuki, director of programmes of the African Academy of Sciences, which supports thousands of researchers in Africa, said there was a correlation between the development of a country and its funding for research. 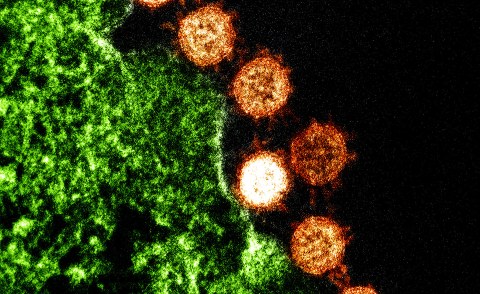 Why Africa Needs to Worry About the Coronavirus Outbreak In Asia
Tagged:
Copyright © 2020 The East African. All rights reserved. Distributed by AllAfrica Global Media (allAfrica.com). To contact the copyright holder directly for corrections — or for permission to republish or make other authorized use of this material, click here.