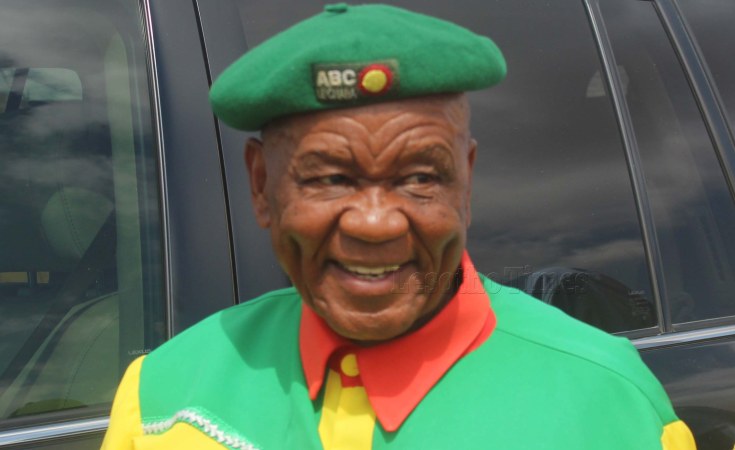 For a country that covers an area of just 30 000 km2 (and is one of only three independent states completely surrounded by another country), Lesotho's political turmoil continues to unsettle its enormous neighbour.

Legalbrief reports that a debate over whether the mountainous kingdom should be incorporated into SA or remain independent has raged for years. And Finance Minister Tito Mboweni has now become the first senior government official to call for Lesotho to open its border and form a federal government with SA. 'My view: the solution is Southern African. Remove the border!' Mboweni tweeted.

It has been a busy week for the kingdom's courts which are addressing the ongoing political turmoil.

A Maseru court has issued an arrest warrant for the Prime Minister's wife after she failed to turn up for questioning over the 2017 murder of his previous wife, police said on Saturday.

The announcement came just days after senior officials in the ruling party called for Prime Minister Thomas Thabane to resign, accusing him of obstructing the investigation into the killing.

As previously reported in Legalbrief Today, suspended Police Commissioner Holomo Molibeli accused Thabane of involvement in the killing of Lipolelo Thabane on the outskirts of the capital Maseru two days before his inauguration.

In court papers, Molibeli said his investigations showed Thabane's mobile phone was used at the scene of the crime. In a brief conversation with EWN, Molibeli confirmed that his letter addressing the matter and two others requesting assistance from the SAPS and the FBI were authentic. Full report on the EWN site Thabane and wife were embroiled in bitter divorce proceedings at the time of her death.

The politician subsequently tried to suspend Molibeli but went back on his decision last week after Molibeli challenged it in court. 'It's obvious that the Prime Minister is a suspect in a horrendous criminal matter,' said Nqosa Mahao, deputy leader of the ruling All Basotho Convention party.

A report on the News24 site notes that the party leads a coalition government in a country with a long history of political instability and coups. Thabane's current wife, Maesaiah Thabane, was summoned for questioning on Friday to 'shed some light into the ongoing investigations'. 'When we got (to) State House, we were denied access by the guards at the gate. A court subsequently issued a warrant for her arrest,' said police spokesperson Paseka Mokete.

According to a report on the EWN site, three defendants have filed an application for Justice Judge Charles Hungwe to recuse himself because his statements suggest that he has already decided that they are guilty. However, their lawyer, Advocate Napo Mafaesa, said the judge also allowed Abrahams to file indictments that were not availed to the defendants and wanted to disregard their objections and force them to plead. Full report on the EWN site

And a feud over election campaign T-shirts worth more than R1m involving controversial Lesotho businessman Yan 'John' Xie, Lesotho's Alliance of Democrats (AD), and a Durban clothing company has landed up in the Lesotho High Court.

A Daily Maverick report notes that businessman Xie agreed to pay for 50 000 T-shirts used by the AD party in the 2017 election campaign, and then backed out of the agreement. The AD is the second-largest party in Lesotho's coalition government led by Thabane. The supplier of the shirts, Ekhaya Promotions KZN Workwear Company, lodged a High Court application in June last year for the recovery of the funds. In its response, the party denies ever reaching an agreement with Ekhaya to supply the shirts. Full Daily Maverick report

Under Scrunity for Link to Wife's Death, Prime Minister Thabane to Resign