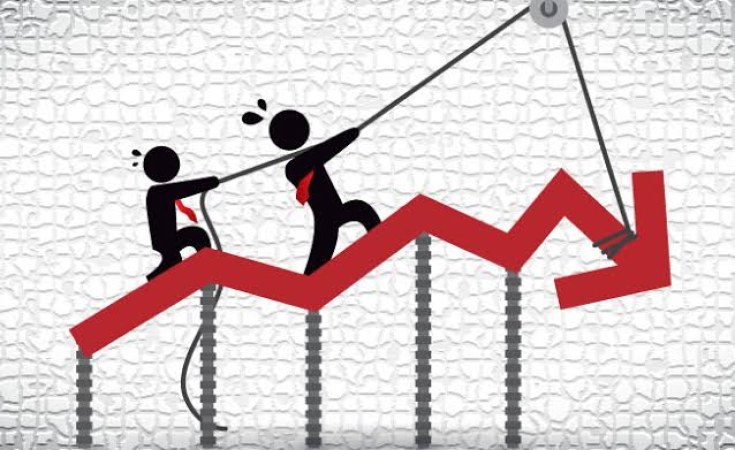 Dataphyte
Despite a succession of National Development Plans, Nigeria has more people living in extreme poverty than any other country in the world.
Dataphyte (Abuja)
analysis By Ode Uduu

Abuja — Nigeria’s economy bears semblance to the story of a boy who chose to be clothed in rags despite his enormous retinue of beautiful, carefully-tailored, and properly-fitted clothes. Since independence, Nigeria has had a series of properly thought economic plans which could have positioned it as one of the leading economies in the world.

Right after Nigeria attained independence, the First National Development Plan (1962-68) was introduced to guide at agricultural, industrial, transport, and manpower development. The Plan also aimed at the achievement of the highest possible level of living conditions in the country. Sadly, the civil war between 1967 and 1970 abruptly ended the implementation of this Plan.

The Second National Development Plan (1970-74) was developed to restart the economy from the devastating effects of the civil war. The plan was to guide the reconstruction of facilities as well as the rehabilitation and resettlement of the victims of the war. It also targeted job creation and the improvement of the quality and level of social life amongst other objectives.

The Third National Development Plan (1975-80) aimed at increasing the per capita income, ensuring an even distribution of income, reducing the level of unemployment, and increasing the supply of high-level manpower across the country. It also focused on economic diversification and balancing development and indigenization of economic activities in the country.

For the Fourth ( 1981 – 85 ) National Development Plan, the focus was given to industrial development, enhancement of international trade, power generation and supply, job creation, and an improvement in technological skills.

The Fifth National Development Plan under introduced under the umbrella of the Structural Adjustment Programme (SAP) that lasted between 1986 and 1989. It had the objective of restructuring and diversifying the productive base of the economy to reduce dependence on the oil sector and on imports; achieving fiscal and balance of payments viability over the period; laying the basis for a sustainable non-inflationary growth, and reducing the dominance of unproductive investments in the public sector by improving public sector efficiency and enhancing the growth potential of the private sector.

Subsequently, the National Rolling Plan was introduced to provide an economic roadmap between 1990 and 1999. In 1996, it birthed the Nigeria Vision 2020 which was to be achieved using a multi-tier medium-term plans that are anchored on a fifteen-year perspective plan. Under this arrangement, the annual budget is to be linked with the rolling plan because the annual budget is the controlling plan which was to match resources with possible achievements. On a continuous basis, the rolling plan was to take into account new information, improved data and analysis, and incorporate periodic revision into the planning machinery.

Thereafter, the National Economic Empowerment and Development Strategy (NEEDS) was introduced to offer Nigeria an opportunity to experiment with the medium-term economic development plan from 2004 to 2007. NEEDS focused on wealth creation, employment generation, poverty reduction and re-orientating values. The goal was to create an environment in which business can thrive, the government is redirected to providing basic services, and people are empowered to take advantage of the opportunities which the plan will usher.

The Seven-Point Agenda was introduced in 2007 to tackle the problems of Power and Energy; Food Security and Agriculture; Wealth Creation and Employment; Transport Sector; Land Reforms; Security; Education. These are supposed to be running alongside the Nigerian version of the United Nations Millennium Development Goals (MDGs).

Despite these beautiful plans which could have steered the country towards growth and development, Nigeria still wallows in poverty and economic deprivation. Currently, Nigeria has the most people living in extreme poverty.

Nigeria’s poverty growth rate stands at 7.4% which is the highest in the world. It also has an official unemployment rate of 23.1% of the working population. With an ailing economy buried in huge debt coupled with political instability and insecurity, Nigeria cannot gallantly stand as the giant of Africa.

Tagged:
Copyright © 2020 Dataphyte. All rights reserved. Distributed by AllAfrica Global Media (allAfrica.com). To contact the copyright holder directly for corrections — or for permission to republish or make other authorized use of this material, click here.

Somalia Restores Relations with Kenya - With Help from Qatar
Company