Monrovia — A former commander of the defunct United Liberation Movement for Democracy in Liberia (ULIMO) has been arrested again, after being released in September last year from pre-trial detention in France, where he was being held for committing war crimes during the Liberian Civil War.

Kunti K. was rearrested by French authorities in Paris on Friday, January 10, after he violated several conditions placed on his release, sources close to the investigation told FrontPage Africa. He had been released after a Paris court ruled prosecutors committed a procedural error following his arrest in September 2018. He is accused of conscription of child soldiers, slavery, murder, cannibalism, and other war crimes and crimes against humanity.

"This is a victory for the victims," said Hassan Bility, whose Liberia-based Global Justice and Research Project (GJRP) works with Civitas Maxima. "It is an indication of the fairness of the international justice system."

Bility called on the Liberian government to set up a long-overdue war crimes court to address the country's wartime atrocities and bring justice to its citizens.

In June last year, Liberian security personnel and French authorities collaborated in an investigation in Foya, Lofa County in the case against Kunti K. This was the first such collaboration between the government of Liberia and any foreign country over war crimes and crimes against humanity.

Kunti K. is the third ex-ULIMO general to be indicted or arrested for atrocities committed during one of Africa's deadliest civil conflicts. Alieu Kosiah was arrested in 2014 in Switzerland, and his trial is expected to commence in April this year. Mohammed Jabbateh, known as "Jungle Jabbah," is serving a 30-year sentence in the United States for lying to American immigration authorities about his role in the war when he applied for asylum in 1998.

Four other high-ranking Liberians have been accused of or indicted for war crimes in relation to the country's civil war. Thomas Woewiyu, former spokesman of the National Patriotic Front of Liberia (NPFL), is awaiting sentencing in the U.S. after being found guilty by a Philadelphia court for immigration fraud and perjury. Martina Johnson, former head of the NPFL's artillery unit, is under house arrest while awaiting trial in Belgium, where she was arrested in September 2014 for war crimes. Moses Thomas, former head of the Special Anti-Terrorist Unit (SATU) of the Armed Forces of Liberia (AFL), is facing a civil suit in Philadelphia over the Lutheran Church Massacre in July 1990. A London court, in December last year, dismissed a war crimes case against Agnes Reeves Taylor, the ex-wife of former President Charles Taylor.

Both former President Taylor and his son, Charles "Chuckie" Taylor, Jr. are serving prison terms for atrocities they committed. The father is serving a 50-year sentence in Britain for war crimes committed in Sierra Leone. He has never been held accountable for his crimes in Liberia. Meanwhile, his son--an American citizen--is serving a 97-year prison term for torture in Liberia under the Extraterritorial Torture Act of the United States. He led the notoriously violent Anti-Terrorist Unit (ATU), known as the "Demon Forces," from 1997 to 2003 during the presidency of his father.

Kunti K. is now back in pre-trial detention in Paris. The trial date is yet to be announced.

Switzerland to Prosecute Ex-ULIMO Commander for War Crimes in Liberia 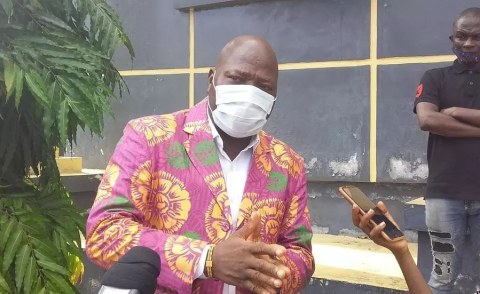 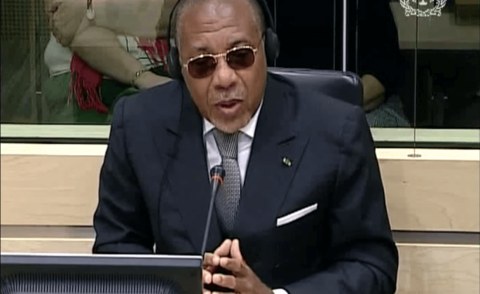 Liberia Joins Ivory Coast, Guinea in COVID-19 Border Closures
Tagged:
Copyright © 2020 FrontPageAfrica. All rights reserved. Distributed by AllAfrica Global Media (allAfrica.com). To contact the copyright holder directly for corrections — or for permission to republish or make other authorized use of this material, click here.