South Africa: Want to Keep Snakes Away? Here Are Some Tips From an Expert 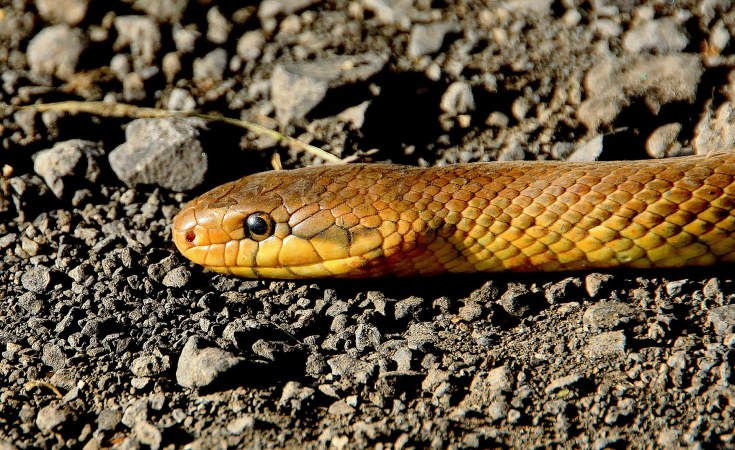 Summer is snake season in South Africa and many people come into contact with these slithery creatures when they least expect it.

Snake removal expert Nick Evans is one of many professionals across the country called almost daily to remove snakes from houses, shops and other premises occupied by humans.

Last month, Evans removed a boomslang hiding behind a toilet at a house in Northdene, KwaZulu-Natal, just a few days after a black mamba was spotted on CCTV footage at a shop in Durban.

Evans says he is asked regularly how to keep snakes away, but says there is no repellent that permanently get rid of serpents.

"A high percentage of homes I go to - to catch a snake inside the house - has some repellent sprayed around the property on a regular basis. Imagine the homeowner's shock [and] frustration when they discover a snake in the house, after pouring chemicals around it religiously," Evans says.

According to Evans, Jeyes Fluid is the most popular repellent and many home owners pour it around the house, either once a week or once a month to keep snakes away.

"This certainly won't make your house snake-proof. But, if poured right next to a snake, it probably will chase it away. This happens often to snakes. If someone poured that stuff next to you, you'd move off too.

"If poured directly on to a snake, this toxic chemical probably will kill the snake slowly, leaving it to suffocate. It's foul smelling, and should only be used for what it's made for," Evans warns.

Shop-bought repellents are also often used, but do not work. "I've watched a night adder move over a trail of it, during a test. Again, many of the home owners that I help use this. If it worked, I wouldn't be there catching a snake."

Burning tyres doesn't work either. Evans says most of the time the snake is on the ground, so the smoke will just rise and not cause the snake much hassle.

Geraniums, wild garlic and other plants are sometimes used to repel snakes, but also have little success.

"I have caught a night adder in a clump of wild garlic, and a spotted rock/house snake above a geranium."

So what can you do to keep snakes away?

Evans says the easiest way is to keep your property neat and tidy.

"Snakes come looking for food or shelter. So, if you have piles of rubbish, rubble, bricks or wood, get rid of it if you can. That mess attracts rats too, so not only will the snake have a hiding spot, but it will have a take-away too.

"Other than that, there really isn't much one can do, apart from hope for the best. Moving to Ireland or New Zealand, where there are no snakes, may be your next best bet. But it will get boring, not seeing snakes around," Evans jokes.

Having snakes is a good thing

He believes snakes aren't a bad animal to have in the garden at all.

"Fair enough, you might not want a 2.5m black mamba roaming around the house, especially if you have dogs.

"But a harmless house snake, bush snake or herald is fine. They're just there to control your gecko and frog populations, and hopefully wipe out your pest rat population."

Evans says the house rat is an invasive species and harmful to our environment.

"We do have many rodent species which do belong here and serve a good purpose, though. Leave them alone and they'll leave you alone. Treat snakes with respect, and remember that they are on this planet to serve an important process, serving as predators and as prey.

"If you move into a property that borders a reserve, valley, or large patch of bush, please do not be surprised if you see a snake. I have had many people, who live along such areas, calling me in shock and terror, because there's a snake in the garden.

"Homes bordering natural snake habitats are always going to have snakes passing through naturally. Their homes are shrinking, please sympathise."

But, says Evans, he would not discourage people from occupying these homes.

"I'd do anything to live on the edge of a reserve! Just embrace the wildlife you're so lucky to have visit you. You are honestly so privileged.

"Appreciate the last bit of wildlife that still occurs in suburbia - don't kill it all off."