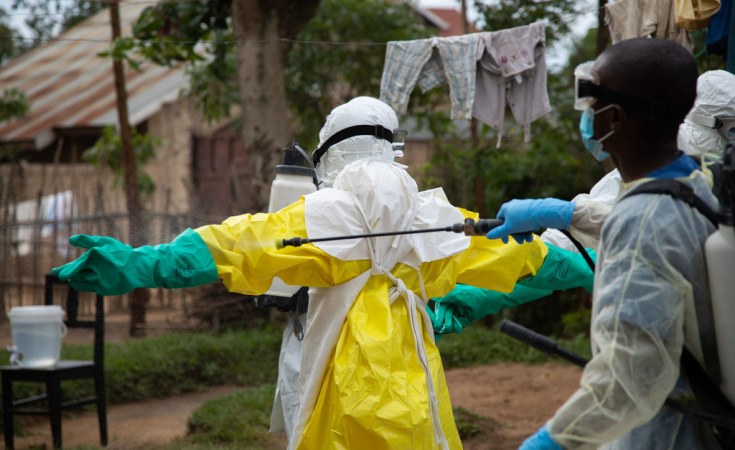 Mshana said the one-day training which was held on Wednesday attracted more than 100 participants, where apart from RCHW, it was attended by religious leaders and health stakeholders.

He further said that to date, Tanzania had not reported any case of Ebola, but it was not immune from the disease due to cross border interaction.

"The government is closely working with the World Health Organization (WHO) and other international organizations responsible for health to keep the threat of Ebola at bay. The government has also supplied Thermal Scanners to all main gateways of the country, including borders, ports and airports," he emphasized.

According to Mr Mshana, the government has so far enhanced its integrated disease surveillance and response system in the country's border posts that are frequently used by nationals from the Democratic Republic of Congo (DRC) to cross over into the country.

The Tanzania Red Cross Society Manager, Ms Robi Wambura told the participants that the Ebola virus is transmitted to people from wild animals and spreads in the human population through human-tohuman transmission.

For his part, the Sumbawanga District Commissioner (DC), Dr Halfany Haule said in watching out against the disease, the Malangali dispensary in the municipality is prepared to accommodate and attend to any case of Ebola.

Previous Story
Tanzania On High Alert Over Ebola From DRC, Guinea
Next Story