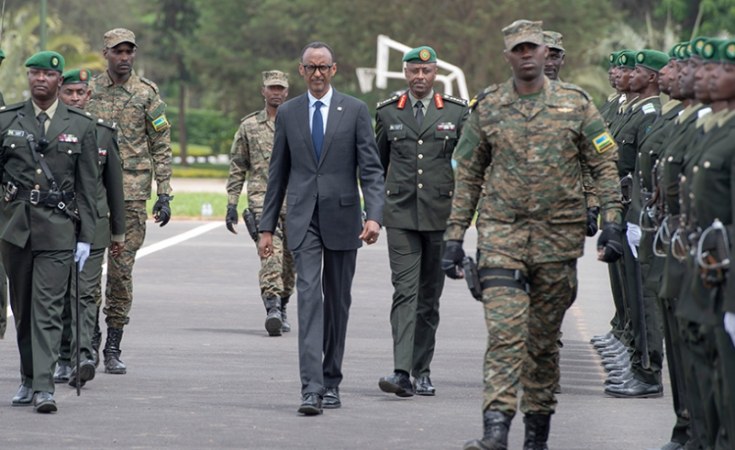 President Paul Kagame is expected in London for the UK-Africa Investment Summit that starts on Monday, which will be hosted by British Prime Minister Boris Johnson.

The summit will also be attended by several African heads of state.

According to a statement from the Presidency, Kagame, besides attending the summit's opening, will participate in a trade and investment session alongside presidents Peter Mutharika of Malawi and Alpha Condé of Guinea, as well as the UK Secretary for International Trade, Liz Truss.

"During the Summit, Rwanda and the World Bank will launch a 3-year, fixed-rate, RWF-denominated bond worth US$40 million at the London Stock Exchange," reads part of the statement from the Office of the President.

The high level summit will bring together businesses, governments and international institutions from Africa and the UK to showcase and promote the breadth and quality of investment opportunities across the African continent.

UK is the second largest foreign investor in Rwanda with $448 million invested in the last four years in different sectors.

Speaking last week ahead of the summit, Jo Lomas, the UK High Commissioner to Rwanda said that her country aims to create lasting partnerships that are going to deliver investments, jobs and growth.

Malawi Investment Forum Expected to Showcase At the UK-Africa Summit

#AfricaBizSummit - Big U.S. Push for Investment 'Prosper Africa'
Tagged:
Copyright © 2020 The New Times. All rights reserved. Distributed by AllAfrica Global Media (allAfrica.com). To contact the copyright holder directly for corrections — or for permission to republish or make other authorized use of this material, click here.