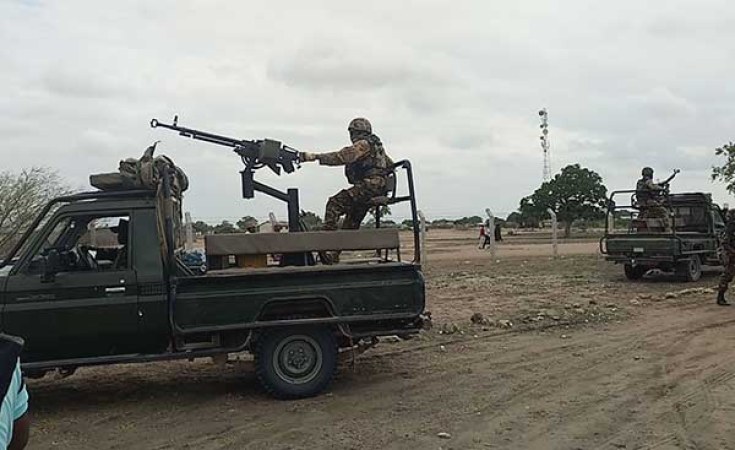 Interesting and strange cases were bound to arise when a team began going round the country investigating the registration status of land occupied by public schools.

From rows over boundaries of the nursery, primary and secondary school sections of a school in Embu to another in the city whose field has been encroached on by a golf club, the team has documented narratives that summarise the consequences of a policy oversight that left many school lands undocumented since independence.

"From records held by Ministry of Early Learning and Basic Education, Kenya now has 32,653 public schools. Seventy per cent of these schools do not have title deeds," says a Handbook for Public School Land Defenders to be launched on Tuesday.

"More than 4,100 public schools have formally reported being at risk of being grabbed due to lack of ownership documents."

The little attention given to titling school land has led to drawn-out problems.

It was not until 2015 when parents and pupils of Lang'ata Road Primary School in Nairobi staged a protest against the grabbing of its playing field that the government saw the need for learning institutions to have title deeds.

In 2018, that task was extended to the rest of the country when Cabinet Secretaries for Lands and Education gazetted a 15-member working group to speed up the titling of school land.

As the inter-ministerial group began its work, members of the civil society working under the Shule Yangu Alliance that is currently being sponsored by Transparency International, were visiting schools and documenting cases where property was at risk.

One of the institutions the team documented is Muthaiga Primary School. The school is in a dispute with the Muthaiga Golf Club over a boundary.The issue was raised in Parliament by MP Isaac Ndirangu on November 14, 2019.

"Under what circumstances did the club hive off a parcel of land meant for Muthaiga Primary School?" Mr Ndirangu asked, directing the question to Lands Cabinet Secretary Faridah Karoney.

"Could the Cabinet Secretary explain why and under what circumstances part of the land at the teachers' quarters was allocated to private developers?"

Speaker Justin Muturi referred the matter to the Departmental Committee on Lands and the team is yet to finalise its report on the issue. By the second year of its national study, Shule Yangu - which says its key agenda is to accelerate the government's effort in titling public school land - had visited 15 of the most notable examples of grabbing of school property.

It found out that 105 acres of school land had been grabbed countrywide.

The team approximated the value of the grabbed land from the 15 schools to be Sh744 million.

"The misappropriation of Sh744.145 million through the loss of public school lands violates the trust vested in the State to govern and manage public land," it said in a January 2017 briefing.

Another case also brought to the attention of Shule Yangu is Naka Primary School in Nakuru County, which is on a plot set aside for a school in 1985.

However, a team of trustees later sold the land to developers who also sold it to other parties.

In 2016, some of the individuals laying claim to the land put up structures, leading to protests. Pupils and locals pulled down the buildings.

Schools in Nairobi are among the worst hit by grabbers and boundary disputes. City Primary School, for instance, is in a dispute with a church.

"The church remains on the land as the school pursues the application for a title deed," according to the Shule Yangu document.

Shule Yangu says 3.7 hectares of the school have been taken up by shops and residential houses.

"The school has an allotment letter and has been pursuing its title for some time now," the report continues.

Shule Yangu programme co-ordinator Edwin Birech said details of the original land size of schools were provided by heads, boards of management, or parents of the institutions visited.

"They have lived around those places and know the acreage and boundaries," Mr Birech said.

Still in Nairobi is the case of Garden Estate Primary School. It is engaged in a court case with developers over a 2.6-acre parcel. The developers claim to have bought the property from another party.

Pumwani Primary and Secondary schools are also another case in point. Part of the playing field has been alienated by a developer who has built a mini stadium with an artificial turf.

It is usually used for seven-a-side football tournament. "Efforts to revert the land to the schools have been unsuccessful," the Shule Yangu report says.

Land belonging to Mweza Primary and Secondary schools in Mombasa has been taken by Kenya Navy.

It says in its report that the navy appeared to be backing down but later began fencing off part of the land.

In Embu County, a dispute was recorded between the primary and secondary sections of Kavengero schools.

Shule Yangu recommended the division of the property.

Then there is Muthewethi Primary School in Nyeri County whose property was recorded to have been charged to a bank over a Sh2 million loan by Gikau Coffee Cooperative Union.

It is on three parcels of land that were registered to the Victoria School Parents Association in 1987.

However, Shule Yangu reports that two of the parcels - one measuring 3.6 hectares and another 3.8 hectares - have already fallen into private developers' hands.

The matter has been referred to the National Land Commission.

In August 2019, the commission told Reuters news agency that it was conducting an audit of the size of land held by public schools in the country.

It said the records would afterwards be digitised and stored across the 62 land registries.

Mr Birech told the Sunday Nation that schools should register their land in the name of the Cabinet Secretary since he or she is the custodian of public assets.

The minister should then retain the original title while copies are given to schools.

"If you want to take a bank loan, you will not be allowed to use the copy," the Shule Yangu official said.