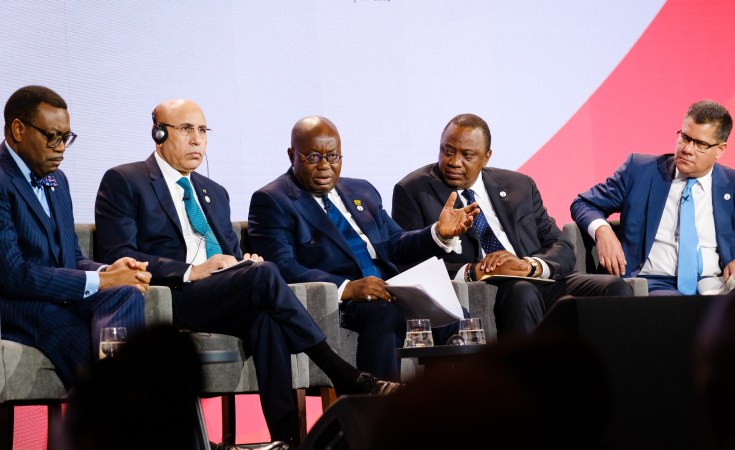 Standard Bank has disclosed that it is partnering with the UK Government to sponsor the inaugural UK-Africa Investment Summit, which will be held in London today.

The summit would create new partnership between UK and African businesses, governments and institutions, to deliver more investment, jobs and growth.

The partnership would benefit people and businesses across Africa and the UK.

Hosted by the Prime Minister, the summit would bring together UK and African businesses, African leaders and delegations, international institutions and young entrepreneurs.

It would cover topics including: Trade and investment, infrastructure development, sustainable finance, the role of the City of London in attracting African businesses to raise capital, clean energy, women's economic empowerment and creating jobs for young people across the continent.

Commenting on the sponsorship, the Chief Executive, Africa Regions, Standard Bank, Sola David-Borha, was quoted in a statement to have said: "We are proud to be a sponsor of this prestigious and important summit. Africa is home to many fast-growing economies and businesses, and it is very positive to see the recognition of the huge potential for UK companies and investors. Furthermore, improving socio-economic ties between the UK and Africa can only be mutually beneficial.

"There are an increasing number of African businesses and governments looking to the UK, and the City of London in particular, to access capital, as well as investment and commercial expertise across different sectors.

"British investors and businesses are increasingly recognising Africa's potential and the role they can play in boosting the continent's long-term growth - particularly through investments that have positive social, economic and environmental impacts."

#AfricaBizSummit - Big U.S. Push for Investment 'Prosper Africa'
Tagged:
Copyright © 2020 This Day. All rights reserved. Distributed by AllAfrica Global Media (allAfrica.com). To contact the copyright holder directly for corrections — or for permission to republish or make other authorized use of this material, click here.